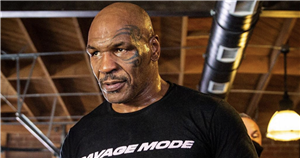 Footage has resurfaced of Mike Tyson questioning Floyd Mayweather's boxing record as he prepares to take on Logan Paul.

The American has made controversial plans to meet the YouTube star in February, though a venue has yet to be agreed.

The two will meet in an exhibition clash in the ring and will, therefore, not be added to Mayweather's professional boxing record.

Money boasts quite the record, winning all 50 of his matches.

Mayweather is often noted as one of, if not, the best boxers of all time.

But Tyson has previously disputed that claim, naming other stars to have more wins than TBE.

“Listen, Sugar Ray Robinson had 47 fights, he lost one, and he had 78 fights, a 78-fight winning streak (officially recorded as 88). With 60 knockouts.

And during an appearance on Paul’s podcast ‘imPaulsive’, Tyson insisted the online superstar is on his way to a beating.

When asked by co-host Mike Maljak for his Mayweather vs Paul prediction, to which he replied: “Floyd’s gonna beat his f****** a**.”

Tyson has just come off the back of his own exhibition bout, his first time in the ring for 15 years.

He took on Roy Jones Jr in December in the biggest pay-per-view event of the year but the match ended in a draw.

January 8, 2021 Boxing Comments Off on Tyson’s verdict on Mayweather being ‘the best ever’ ahead of Paul fight
NFL News