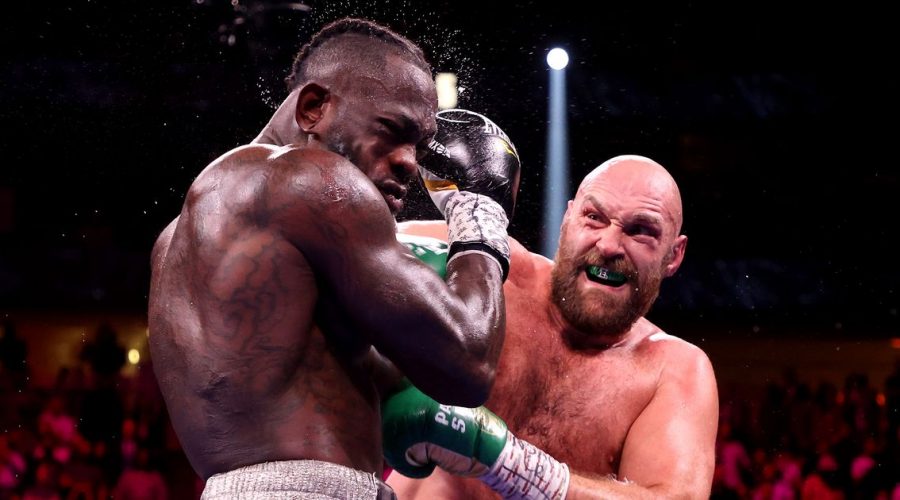 The highly anticipated third bout between the pair lived up to the billing and will go down as one of the great heavyweight fights in modern boxing history.

Fury was in the driving seat early, particularly after he knocked Wilder down in round three. The American – who reportedly broke his hand in the loss – impressively struck back in round four as he knocked Fury to the canvas twice, critically striking the Brit when he was struggling to stand but the Gypsy King got to his feet and responded excellently to seize control of the fight in the latter rounds.

His dominance ensured that it was his fight to lose and after Wilder picked himself up from a 10th-round knockdown, Fury delivered the killer blow with a crushing 11th round knockout.

Despite this, Fury is behind both Wilder and British rival Anthony Joshua when it comes to the price of their respective memorabilia.

BestOnlineCasinos.ca conducted research into which boxer’s signed memorabilia is the most valuable – and Gennady Golovkin tops the list, with the average cost of a signed glove sitting at £545.50 while Canelo Alvarez is second at £459.60.

Golovkin is a two-time middleweight world champion and so it is no surprise to see him also in first place for his signed photos, with each selling for an average of £188. As a unified champion across three weight classes, it makes sense that Canelo's signed memorabilia holds high value too.

Which big heavyweight fight do you want to see next? Let us know in the comments section.

After those two rivals, there is a steep drop off before Deontay Wilder in third, with the average cost of a signed glove from the Bronze Bomber costing £281.70 – just over £8 more than Joshua.

World heavyweight champion Fury comes in fifth place at £243.10 which is surprising given his popularity. He has also defeated Wilder twice in the last two years and remains undefeated while Joshua has lost twice in his career.

Golovkin’s signed photos are in first place (£180), followed by British heavyweight Joshua, whose photos are valued at £159.40.

Joshua's photos and gloves are more costly than his compatriot and great rival Fury's, and Joshua’s average total cost is £216.30 – more than Fury’s £187.80.

From their findings, a list of boxers with active careers was determined and the data was aggregated by player name, product category, and number of items available.

The results were then aggregated by boxer and memorabilia category in order to determine the total number of products per player per category along with the average cost of memorabilia per player.

The average cost of each memorabilia type was ranked using the PERCENTRANK function. Data was collected from 16/08/2021 to 16/09/2021 and is subject to change.