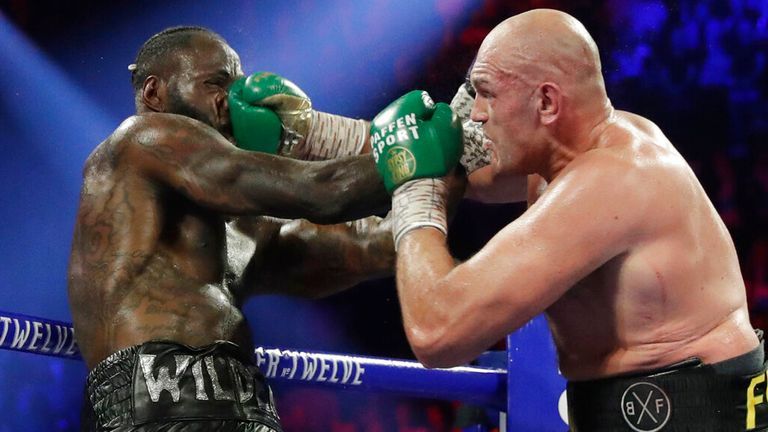 Tyson Fury and Deontay Wilder’s trilogy fight has been rearranged for October 9 at the T-Mobile Arena in Las Vegas.

Fury will defend his WBC heavyweight championship against Wilder in the latest chapter of their epic rivalry.

The fight has been rearranged from its original July 24 date due to Fury and members of his team contracting Covid-19.

The trilogy was ordered by a judge in a court of arbitration amid Fury’s doomed negotiations to face Anthony Joshua for the undisputed title.

Fury stopped Wilder in their second fight after they battled to an exciting draw on their first meeting.

Wilder wore headphones to block out Fury’s words when they went face to face last month at a press conference.

“Not only is Fury in for a shock, but the whole world is,” Wilder exclusively told Sky Sports.

“Of course, Fury [was more hurt]. I gave him concussion. Didn’t you see his eyes go back in the back of his head?

“Even under the circumstances that I was under, he can’t even knock me out.

“I was alive and well, still standing on my feet, so he has a lot to worry about. Not me.

“Like I said, the truth shall set you free. This is retaliation.”

Fury told Sky Sports: “I’ve got nothing personal against Wilder.

“I don’t care about belts, or that stuff being remembered. I care about smashing people.

“If Wilder is in front of me I will give him a good hiding. The motivation? It’s what I was born to do.

July 15, 2021 Boxing Comments Off on Tyson Fury vs Deontay Wilder III for the WBC heavyweight championship will take place in Las Vegas on October 9
NFL News