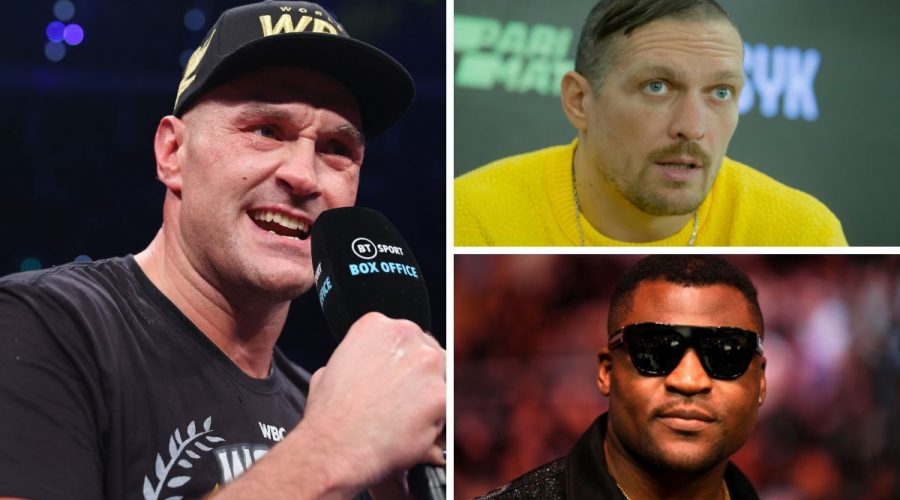 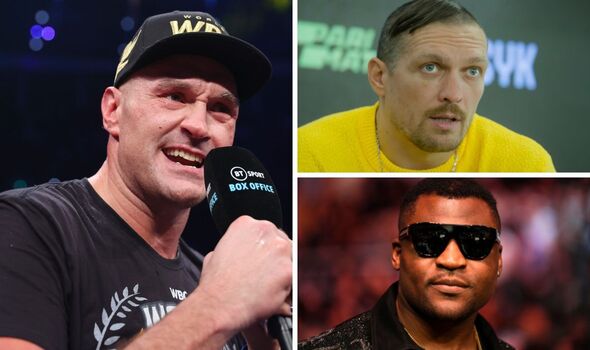 Tyson Fury has responded to Oleksandr Usyk’s call out ahead of a potential blockbuster heavyweight unification bout between the two champions. Fury and Usyk now look destined to fight with both of their schedules cleared and seemingly no one else deserving of a bout against one another, with both men clear atop of the rankings. Fans will now hope that both parties are able to strike on a deal between the two, after communications broke down in the final quarter of 2022, which instead lead to Fury facing Dereck Chisora.

Fury looked as comfortable as ever in his win over the British veteran, after Usyk handily defeated Anthony Joshua for the second time, with the two both wanting to fight one another and having words exchanged.

Fury has been calling for Usyk for a few months, brandishing him a ‘middleweight bum’ on more than one occasion, sending multiple jibs his way about being too small for Fury with a substantial height difference of around seven inches.

Usyk, a man of few words, did send a message back to Fury though, indicating that he wants the fight, also after showing up to see his win over Chisora. Usyk said: “He said: “The Middleweight is here! Where are you Belly? Tyson Fury.”

Fury has now responded, making it clear that he wants the fight with the Ukrainian, stating: “Tyson Fury here, WBC heavyweight number one. Usyk, calling out ‘The Gypsy King’ with your pathetic little call-outs, dosser.

“Rabbit, I’m coming for you, rabbit, you’re getting it, rabbit. And I’ll tell you what else, I’m gonna bust you up real bad, you little middleweight. I’m going to slap you into a big pile of tattoos, sucker. Come on!”

Fury’s caption on the post read: “This is the call out Oleksandr Usyk. Middleweight. I AM COMING FOR YOU. #RunRabbitRun. You know who I am. The Gypsy King. There’s only ever been one. Come get some!”

And one man who has also thrown his hat into heavyweight championship contendership, is former UFC champion Francis Ngannou. Fury and the Cameroonian have had words before and did verbally agree to fight in 2023, but that seemed unlikely due to his contract with the UFC.

But after being released from the company after failing to agree on an extension, with Ngannou wanting to box, the big-hitter is now a free agent and is looking to fight Fury, as per their agreement. Ngannou told Ariel Helwani: “Whatever it is, if it’s with Tyson Fury I will take it. I have no problem doing boxing with 4 ounce gloves. We were talking about something a little hybrid. Maybe the 4 ounce gloves, maybe inside the cage. I don’t know – we will figure it out.”