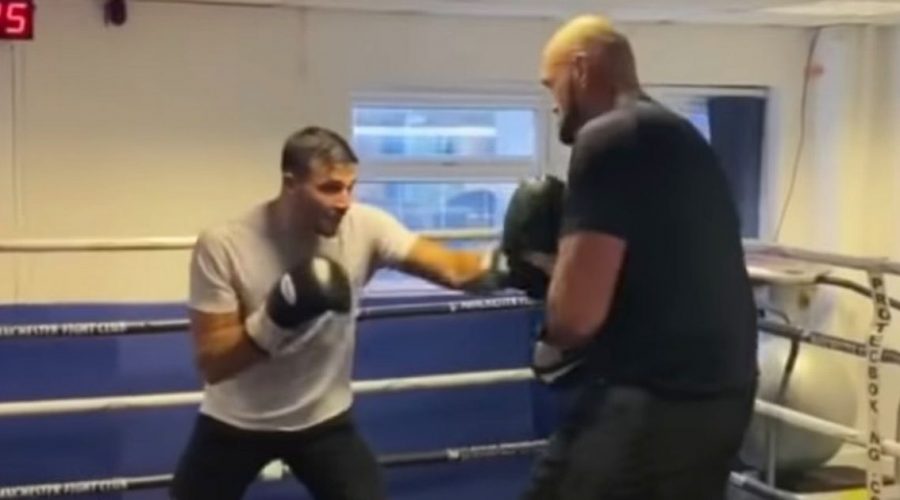 Tommy Fury has been told that training with his brother, heavyweight king Tyson Fury, will give him an "ace up his sleeve" ahead of his huge grudge match with Jake Paul.

Fury will take on YouTuber-turned boxer Paul in an eight-round catchweight bout on December 18 in Tampa, Florida.

The 22-year-old, who is in a relationship with Love Island stunner Molly-Mae Hague, had planned to train in the US with Tyson's head trainer SugarHill Steward.

But those plans have been shelved after he was forced to return to the UK because of a "family emergency".

Instead, he will be kept on his toes by Tyson himself and father John as he gears up for the biggest fight of his professional career to date.

Former two-weight world champion Paulie Malignaggi thinks that is no bad thing, and predicts Tyson will be a positive influence on his brother in the build-up to the fight.

"I'm actually hearing a lot of people in the US picking Tommy Fury. He's got an ace up his sleeve, he's got his brother Tyson," Malignaggi told Boxing Social.

Who will win between Tommy Fury and Jake Paul? Let us know your thoughts in the comments section below.

"I've seen some videos and stuff. He's helping him train and he's involved in camp. Jake has a lot to work on, so does Tommy but I think Tommy has a big motivation in having Tyson with him.

"Jake doesn't have any dumbies around him either. BJ Flores is a smart guy, he'll have him ready as well. But I think it's a legitimate 50/50 fight.

Paul has fought an interesting mix of characters since turning professional last year, including a fellow YouTuber, a former basketball player and two retired MMA fighters.

The controversial 24-year-old wants to test himself against "real" boxers, starting with Fury, and predicts he will knockout the British fighter in the latter rounds of their clash.