Tyson Fury has promised to knock out Anthony Joshua in the first round when the pair meet in their all-British clash next year.

Earlier this year, the Gypsy King signed a two-fight deal with the current WBA, IBF, WBO, and IBO title holder for 2021, though the coronavirus pandemic and other scheduled fights mean there are a couple of hurdles to get to that bout.

WBC champion Fury recently overtook Joshua as Ring Magazine’s best heavyweight fighter in the world and the Morecambe-born fighter believes the contest with his rival would not last long. 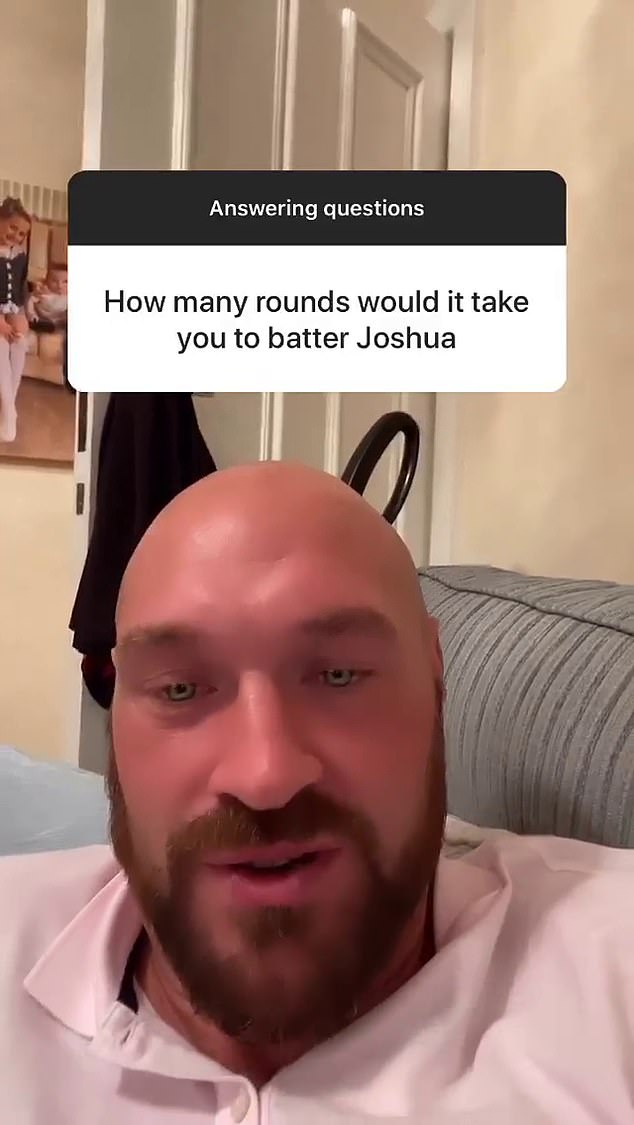 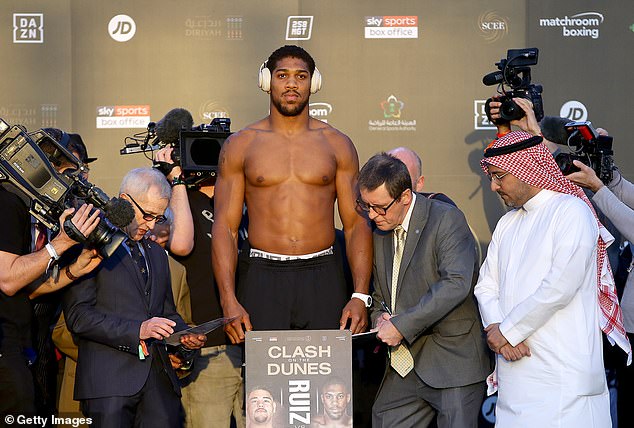 Fury signed a two-year deal with Joshua (above), which is set to take place in 2021

When asked about the fight in an Instagram Q&A with fans, Fury claimed: ‘I would batter Joshua inside the first round.’

This week, Joshua fielded questions on Sky television show A League Of Their Own about the Fury match-up, with the 30-year-old predicting he would take the Gypsy King out in six rounds.

Joshua said: ‘I have a lot of respect for the man, he’s a good family man and a good fighter, but on the other hand, I want to break his head. 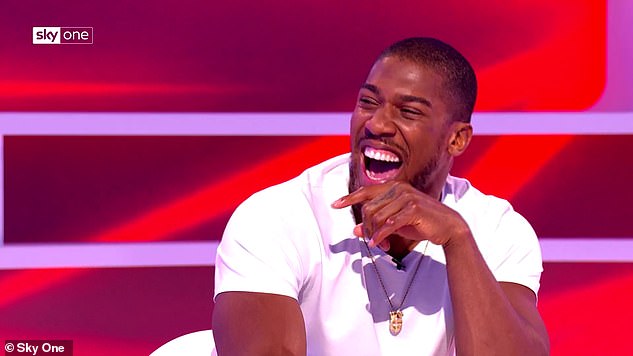 ‘First six rounds, I think, well I know I’m going to take him out then. I have had a shorter career, so I’m fresher.

‘I’ve been in the deep end longer so I can handle the pressure and I believe I’m going to take him out.

‘Fury drew the first and then rejigged his game plan and took Wilder out and schooled him really but I think I’m faster than Wilder anyway, call it what you want, I believe I’m better.’

In his Q&A, Fury also responded to questions about Joshua’s promoter Eddie Hearn. 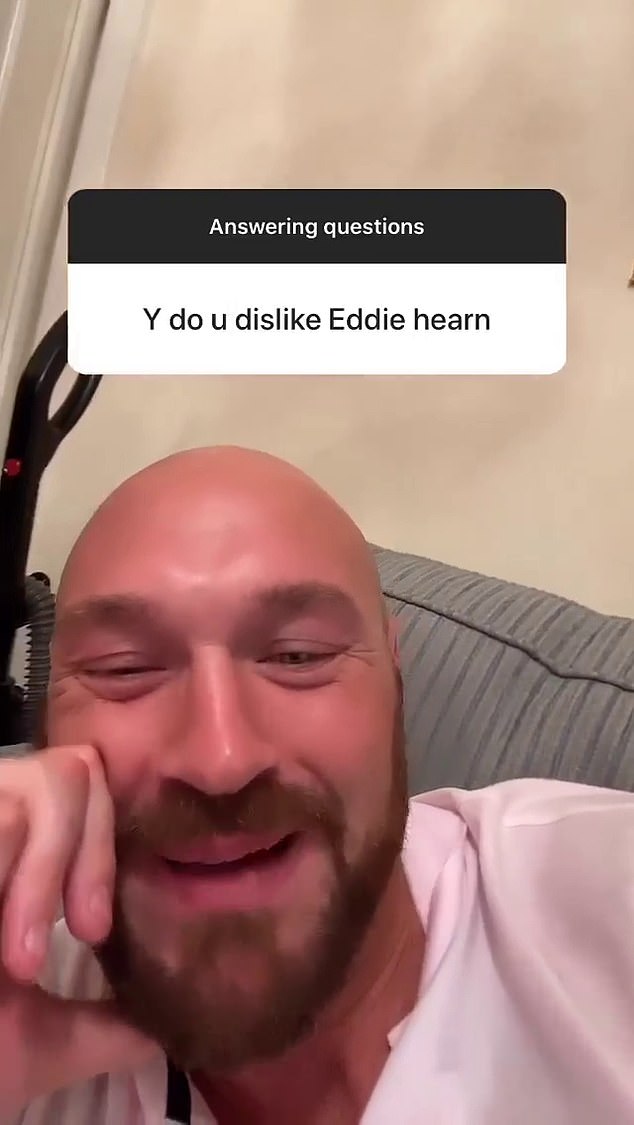 The Fury vs Joshua fight is reliant on the Gypsy King defending the WBC crown he won against Deontay Wilder in February.

Joshua, meanwhile, is scheduled to take on Kubrat Pulev and is hoping to face Fury afterwards to decide the first undisputed heavyweight champion since the early 2000s.

August 28, 2020 Boxing Comments Off on Tyson Fury claims he will 'batter' Anthony Joshua in the first round
NFL News