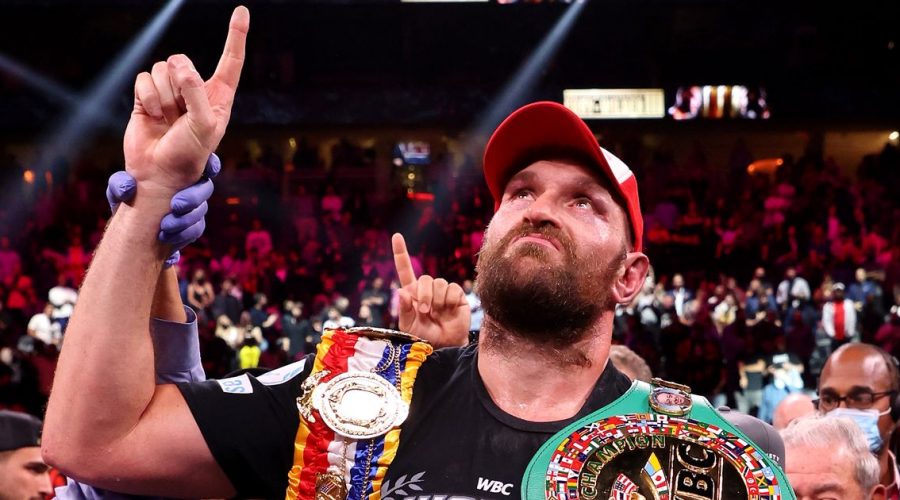 Two-time heavyweight champion Tyson Fury has been called out by both Joe Joyce and David Haye with the Gypsy King set to return to the ring in the new year.

The 33-year-old completed his trilogy fight with Deontay Wilder in October, defeating the American via an 11th-round knockout to maintain his undefeated status.

It had been hoped that Fury would then go on to face Anthony Joshua in a historic British unification bout.

But AJ suffered the second loss of his career against Oleksandr Usyk in September with a rematch fight set to take place in the Spring of 2022.

So with Fury looking for a new opponent, both Joe Joyce and David Haye have put their names forward to try and take his undefeated crown.

And after taking care of Daniel Dubois and Carlos Takam, the Juggernaut has stated his schedule is free for a February bout, taking to Instagram to call out Fury.

He said: I have got lots of respect for @gypsyking101 as a friend and as a fighter, but my schedule is free in February #letsdothis #WBO1 #WBC2 #THEJUGGERNAUT"

Who would you like to see Tyson Fury fight next? Let us know in the comments section.

Haye also has claimed he would also be up for a bout with Fury.

The Hayemaker binned off his retirement for an exhibition contest with Joe Fournier back in September.

Having pulled out of two previous fights against the Gypsy King through injury, Haye has claimed there is "unfinished business" between the pair when speaking to iFL TV.

He said: "The only person I would come back for is the No1.

"If all of a sudden Tyson Fury suddenly came out and said I want to fight David Haye and we have some unfinished business from 2013.

"Yeah I would definitely consider it for sure, but it gets to a point where it is now about the money."

November 24, 2021 Boxing Comments Off on Tyson Fury called out by Joe Joyce and David Haye for next boxing bout
NFL News