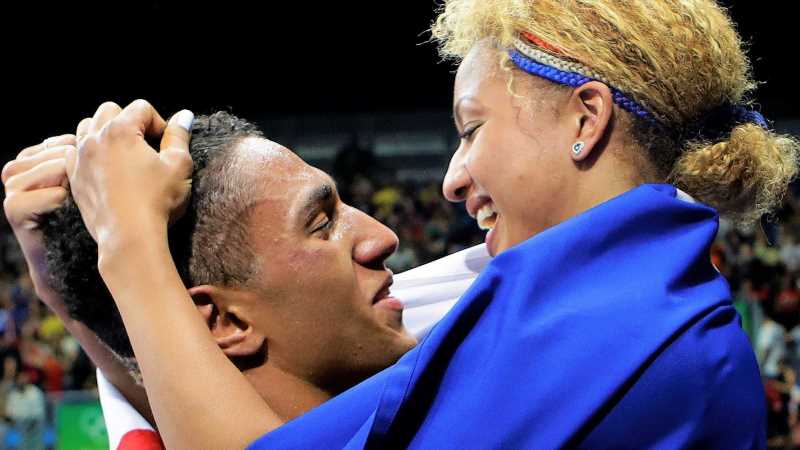 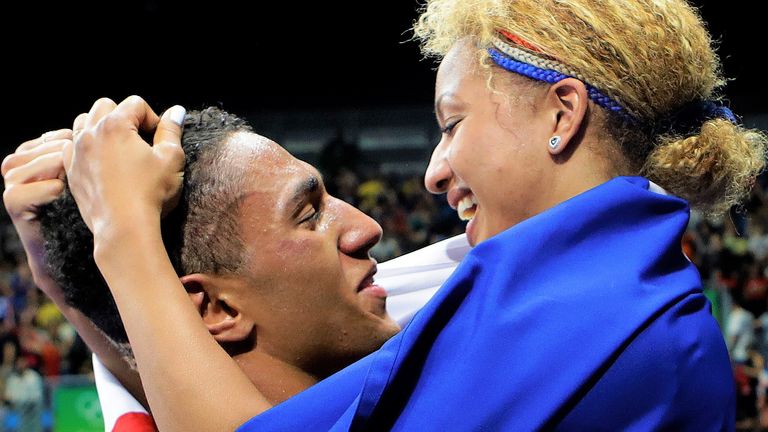 Four years on from Anthony Joshua and Katie Taylor’s Olympic gold heroics, their places were taken by a loved-up couple who fight side-by-side and are now in pursuit of their predecessors.

It is a traditional love story. Yoka and Yoka-Mossely were a feelgood moment at the last Olympics but have since encountered hurdles which they have overcome. For all her husband’s KO power, Yoka-Mossely may have even more power with her voice outside of the ring. 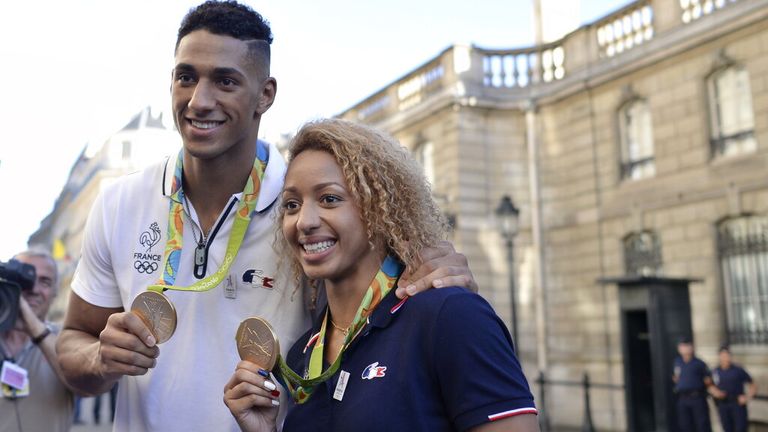 On Friday night in Nantes, the French husband and wife duo will each step back into the ring looking to edge their unbeaten careers closer to the pinnacle that Joshua and Taylor sit on.

Yoka-Mossely fights Verena Kaiser for a minor title in the lightweight division that Taylor rules as undisputed champion. Yoka, in the main event of the same card, continues his heavyweight rise in an EBU European title fight against Joel Tambwe Djeko.

They have diligently prepared together, a united front in a sport that can be cruelly individual.

Yoka and Yoka-Mossely have spent six weeks training in California without their two children, Ali (named after you-know-who) and Magomed. 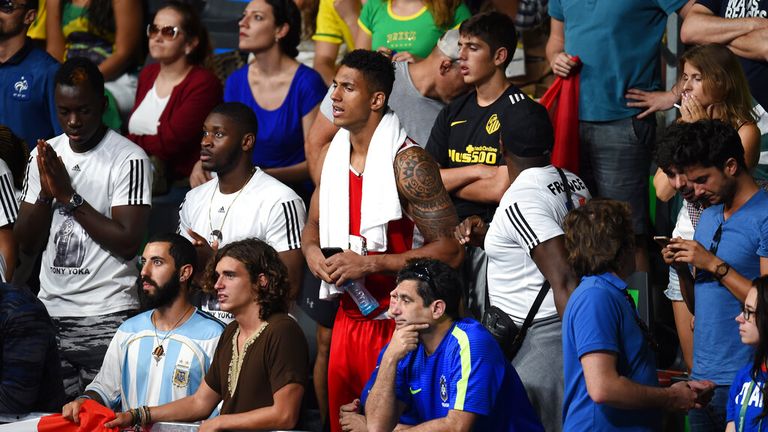 Yoka-Mossely’s insight to 20 Minutes in France is a rarely-considered part of a female boxer’s sacrifices: “This is the first time that I left the children.

“I found it beneficial to isolate myself as a sportswoman, but it’s not easy, and it’s easy for anyone not to see their children for that long anyway. Afterwards, these are not unnecessary sacrifices. I trained without asking myself any questions, telling myself that the faster the time passed, the faster I would come back to see them.

“[We are a] family that is organised around high-level sport, but I remain a mother like any other, attentive to the educational needs, to the demands of my children.”

At just 28, Yoka-Mossely is a young mother who has already achieved so much inside the ring, peaking with becoming France’s first Olympic gold medal-winning boxer. That moment was heart-warmingly achieved with her then-fiance roaring her on from the sidelines.

She has become a powerful voice for equality and runs an association for high-level sportswomen which provides maternity support with their pregnancies, deals with subjects that are difficult to speak to men about, and offers retraining to help females enter sporting governing bodies.

Asked by 20 Minutes about the sexual abuse scandal in French figure skating, Yoka-Mossely said: “Honestly, women don’t speak because they don’t want to lose their place. They have often made so many sacrifices to get there. Denouncing these things becomes something secondary for them.”

There have been lows for the couple to overcome.

Yoka-Mossely confirmed her second pregnancy on the same day as announcing that she had separated from her husband, although they reconciled just weeks later.

And Yoka lost a year of his career to a suspension imposed by the French Anti-Doping Agency from the summer of 2018 to 2019 for missing three drug tests.

But 2020 was productive for their in-ring progression and Friday night will be the third time in their pro careers that they will share a bill.

“The day before a fight, he sinks into his bubble, above all she wants nothing to change,” the publication Elle wrote about the duo in French in 2017. 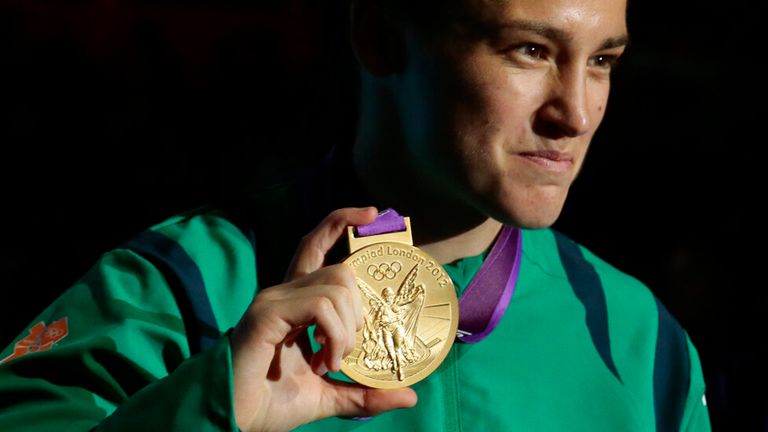 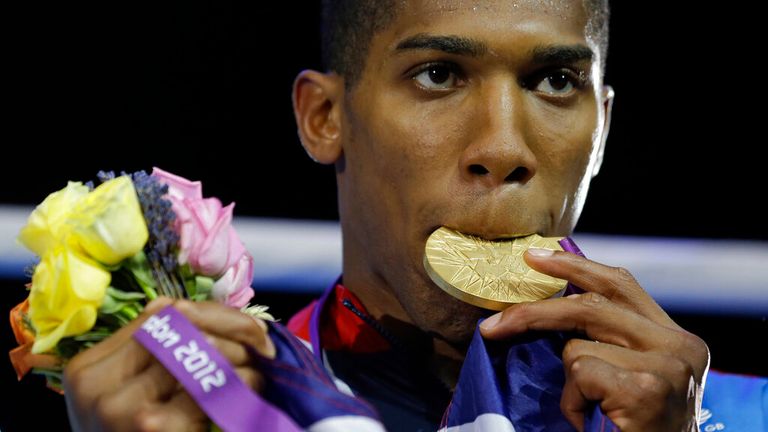 They each won fights in September and November in their home country. Yoka-Mossely is ranked at No 6 with the WBA in the division ruled by Taylor – and they have history, remember.

Yoka-Mossely caused a huge shock by beating Taylor as amateurs in 2016 in the world championship semi-finals – it was the feted Irish fighter’s first loss in 11 years and sent shockwaves around boxing.

Taylor had beaten Yoka-Mossely on three previous occasions but that one major upset sent them spiralling in different directions – Taylor failed to win a second consecutive Olympic gold, and Yoka-Mossely claimed it instead.

Meanwhile, Yoka’s two wins in 2020 (a one-round destruction of Johann Duhaupas then an underwhelming 10-round battle with Christian Hammer) earned him the No 7 ranking with the IBF and No 13 with the WBC.

“I don’t want to take four years like Anthony Joshua,” said Yoka in 2016 about his world heavyweight title hopes. “That’s too much time.”

This husband-and-wife power couple from France have put Joshua and Taylor on notice. They’re coming, hand-in-hand.