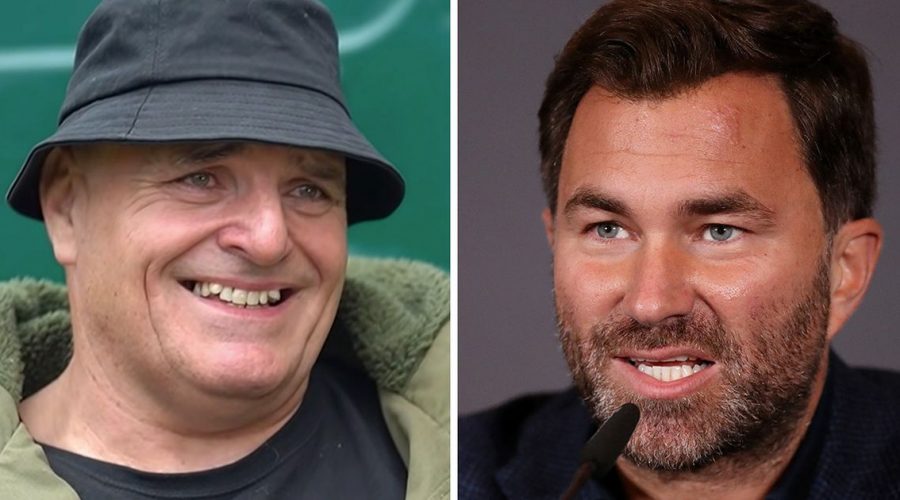 Eddie and Barry Hearn are “pea-green with envy” at the commercial success Jake and Logan Paul have had transitioning from YouTube into boxing, Tommy Fury’s dad has claimed.

John Fury’s son Tommy will attempt to defend his unbeaten pro record when he takes on Jake in Tampa, Florida, on December 18.

Eddie and Barry Hearn are both titans of the UK and international boxing scene with their promotions company Matchroom Sport.

However, the duo have not been involved in organising the much anticipated Fury-Paul clash.

In the past, Eddie has called out Jake, branding so-called ‘influencer boxing’ “a bit cringe” after his company brokered the date, venue, and purse for YouTuber KSI’s rematch with Logan in 2019.

Now, with the bout just under a month away, and despite the trash talk between his son and the YouTuber, John praised Jake’s impact on the sport.

Continuing, he suggested that even people who don’t watch conventional boxing might be tuning into the fight between Jake and his son Tommy.

He added: “The die-hard boxing fanatics, it probably isn’t going to float their boat, I can understand that, but there’s other people out there who don’t understand boxing at all who are going to see these fights and get enthralled.

“So it brings a lot more to the table and opens a lot up in the world of entertainment. That's what these guys are about – entertainment – and they’re making millions of dollars out of doing it.”

John also slammed the Hearns for not getting behind this success, suggesting their jibes towards the YouTubers had been the result of jealousy.

“Back to Eddie and Barry Hearn,” he continued. “They’re only jealous because they’re not promoting it. Of course they are. Pea-green with envy those two boys."

Host Rob Moore did interject that Barry had admitted to him that he knew Jake Paul would earn ten times the pay-per-views that Canelo – one the best boxers in the world – would receive.

“So to be fair, Barry was quite open to the Paul brothers and how the sport is changing as well,” he added.

This comes as the rules for the fight have recently been announced, and commentators have claimed that they should favour the YouTuber, perhaps offering him an advantage.

In the meantime, Tommy and Jake have been trading insults, with the media personality taunting his ex-Love Island foe by pretending to be shaking with fear on his Instagram.

To get more boxing stories from Daily Star delivered straight to your inbox sign up to one of our free newsletters here.