Shawn Porter is confident he will make the first defence of his WBC welterweight world title against Keith Thurman early next year.

‘Showtime’ admits negotiations are ongoing but has his sights set on a rematch with the former holder of the green and gold welterweight strap. 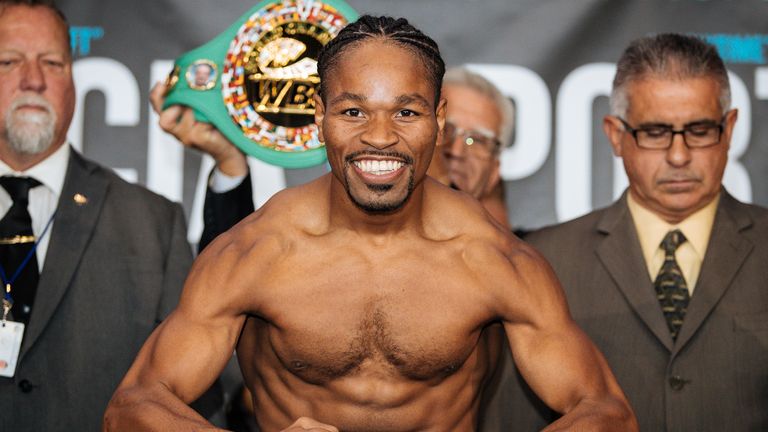 Thurman wants the fight. I know for a while he said he wanted a comeback fight and now he’s saying he wants to fight me and accept the mandatory challenge.

The WBC ordered the fight last month and even though Thurman – who won their 2016 fight on a unanimous decision – will not have boxed for two years due to a serious elbow injury, Porter expects it to be confirmed for the start of 2019.

“Right now the mandatory is Keith Thurman and I know the negotiations got underway about three weeks ago and we should know really soon, whether it is going to happen and where it will take place,” he exclusively told Sky Sports.

“He wants the fight. I know for a while he said he wanted a comeback fight and now he’s saying he wants to fight me and accept the mandatory challenge. “This is what being a champion is. Look at the NBA; Golden State Warriors won the championship and they get to pick who they want to play against in the championship the following year and it happened to be the same team they beat the previous year.

“This is the sport we’re in. If you want to be the best you have to go and get the best and that’s what I am going to do.”

‘Showtime’ has also been in talks to take on IBF champion Errol Spence Jr after both agreed to a unification clash in the aftermath of Porter’s WBC win over Danny Garcia. “He [Spence Jr] got in the ring and said he wanted to fight me and obviously I said I would fight him as well.

“The WBC have Keith Thurman in mind though and I’ve told who I’ve had to tell, if I can’t fight Keith Thurman, I don’t really want to fight anyone other than Errol Spence.

“Those two fights are the only ones who make sense for me and those are really the only ones that will get me going and get me into the state of mind I need to, to prepare for a fight.

“After those I don’t see the challenges I want in my career at this point.”