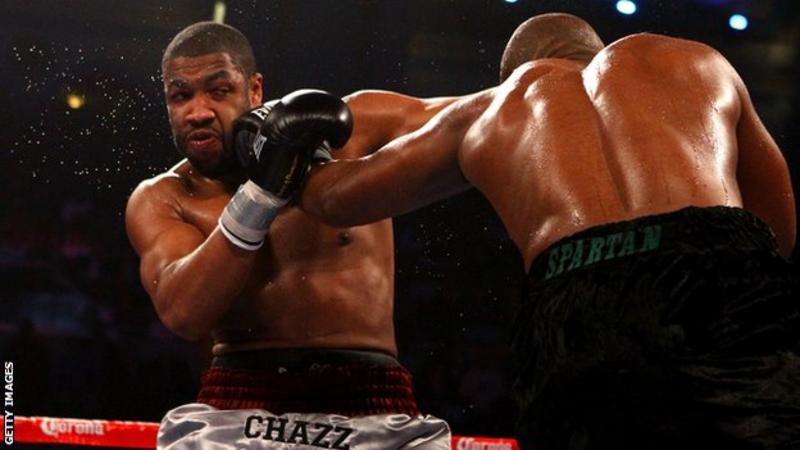 Usyk, 32, has not fought since he defended all four world cruiserweight titles against Tony Bellew last year.

Witherspoon has had four days’ notice for the fight in Chicago.

“I have been in training ready for a big fight, and it doesn’t get bigger than this,” Witherspoon said.

“I can’t wait to face Usyk. Oleksandr is stepping up to heavyweight – and he’s going to find out that it’s a totally different game.

“I’ve won my last eight fights and I really feel that I’ve been waiting in the wings for a huge opportunity like this.”

Witherspoon is 74th on Boxrec’s heavyweight ratings – four places below Spong – with a record of 38 wins and three losses.

Spong, 34, spent much of his combat career in mixed martial arts and also competed in kickboxing before winning his first 14 fights as a boxer.

His adverse result came under Voluntary Anti-Doping Association (Vada) testing. Vada operates in boxing and MMA, and requires fighters or promoters to pay for testing for the duration of a fight build-up. It said Spong was part of its testing programme on 20 September.

The Las Vegas-based Vada has earned a glowing reputation in boxing and was responsible for tests which has led to American heavyweight Jarrell Miller and Mexico’s Saul ‘Canelo’ Alvarez receiving recent bans for doping offences.