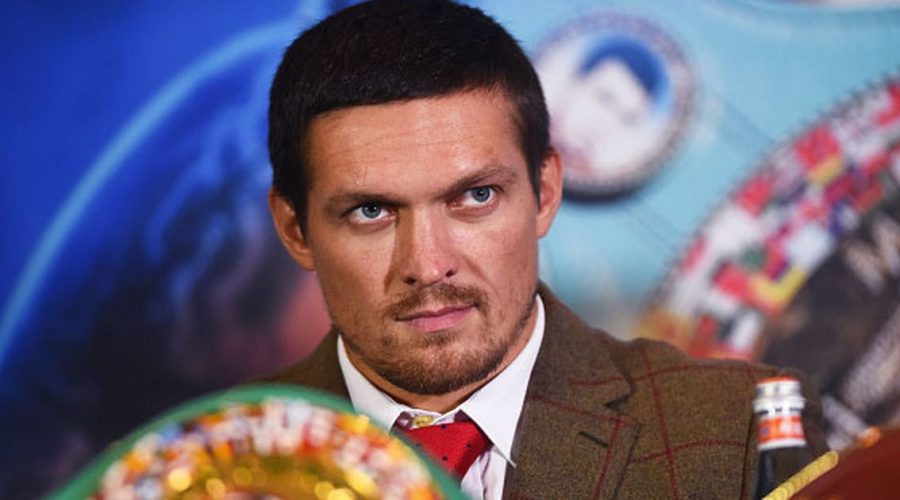 Usyk, widely known for his bizarre callouts and hilarious Instagram videos, shared a series of photos of his fight contract with his 1m followers.

He captioned the post with a message to Joshua, telling the Brit: “The path will be mastered by the walking one.”

Rumours of a bout between AJ and Usyk seemed to come out of nowhere several months ago, but the clash is a mouth-watering one, to say the least.

Earlier this year, Joshua had been expected to face fellow Brit Tyson Fury in a fight that was widely considered the biggest in British boxing history.

However, in the final stages of negotiations, an arbitration court ordered Fury to face American heavyweight Deontay Wilder instead.

Despite rumours that Joshua was set to face Dillian Whyte in a rematch, or Andy Ruiz Jr in a trilogy contest, it has now been confirmed that AJ is set to face the undefeated Ukrainian.

Widely considered one of the best pound-for-pound boxers in the world, Usyk is the former undisputed cruiserweight champion and has previously defeated the likes of Tony Bellew, Murat Gassiev, and Mairis Briedis.

Do you think Oleksandr Usyk will upset Anthony Joshua when they meet on September 25? Let us know in the comments section below.

Usyk stepped up to heavyweight in 2019 and retired America’s Chazz Witherspoon in just seven rounds on debut. He then defeated Derek Chisora via decision and is now set to face fellow 2012 Olympic gold medallist Joshua in a bid to become a two-weight world champion.

Sky’s Adam Smith confirmed the bout earlier today and spoke of his excitement about the prospect of seeing two London 2012 gold medallists go head-to-head in the ring.

"Anthony Joshua is back, live on Sky Sports Box Office, in an epic evening of world heavyweight title action on September 25.

"The unbeaten Usyk is returning to the city where he struck gold at the same Olympic Games as AJ and we know him well from that dramatic win over Tony Bellew and a breathless battle with Derek Chisora.

"I couldn't be more delighted after working for two years to secure a spectacular heavyweight showdown at Tottenham Hotspur Stadium, a stunning backdrop for fight fans as Joshua vs Usyk lights up London."

Joshua will be desperate to defeat Usyk in order to set up an all-British unification bout with Tyson Fury for next year.

On the other hand, the Ukrainian will look to continue his undefeated run as a professional boxer, become a two-weight world champion, and silence the Tottenham Hotspur Arena on September 25.