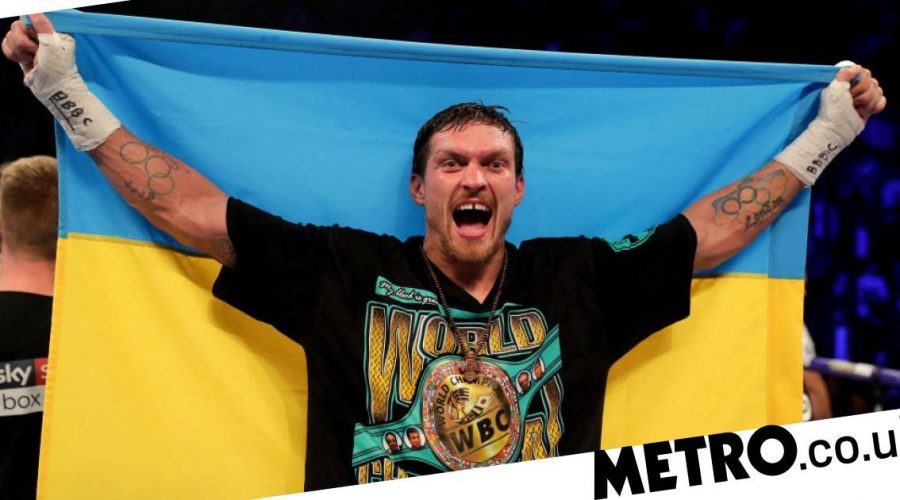 Oleksandr Usyk’s promoter says the Ukrainian heavyweight boxer has not given his consent for Anthony Joshua to face off against Tyson Fury in a unification fight, nor does he intend to.

IBF, WBA and WBO champion Joshua is currently locked in talks with WBC belt holder Fury over a mammoth undisputed fight later this year to crown the king of the heavyweight division.

However, Joshua is obliged to fight Usyk – who is the WBO mandatory challenger – unless the 33-year-old agrees to step aside, though AJ could opt to vacate the belt and fight Fury regardless.

Now Usyk’s promoter, Alexander Krassyuk, has confirmed the Ukrainian does not want to waive his claim to the WBO belt and is only interested in fighting for a heavyweight world title.

‘According to now the deadline is more for Fury and AJ not for Usyk,’ he told Sky Sports.

‘There were talks about an interim title or the AJ v Fury winner relinquishing the WBO title the next day [after they fight].

‘But as for today Usyk is the WBO mandatory and never gave his consent for the [Joshua vs Fury] bout to happen without him.’

He continued: ‘Usyk is in good conditions now, he successfully recovered from his last fight and looks forward to fight challenge the title this spring.

‘A non-title fight [in the interim before facing the winner of Fury v Joshua] has never been under discussion and I really hope it will never be.’

Joshua’s promoter, Eddie Hearn, still hopes the fight with Fury can have all the belts in the division on the line but recently criticised Usyk’s ‘greedy’ team and threatened the possibility of AJ vacating all his belts.

He told Boxing Social: ‘This fight between Fury and AJ will happen with all the belts or not one belt at all. But the problem is, when there’s a big fight like this, everyone wants… I’ve got to get my words right here. The greed is unbelievable.’

He added: ‘We’re not going to be held to ransom by anyone. And if we lose one belt we’ll probably vacate them all and say, “This is boxing now”. But if everyone is sensible, and we’ll be fair in return, hopefully we can find a solution.’