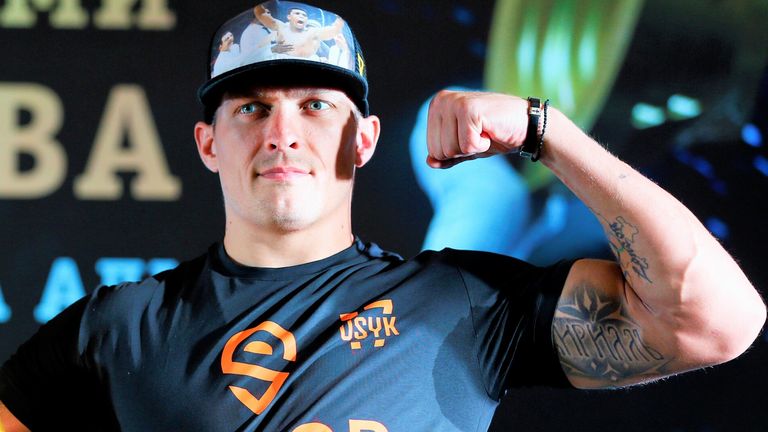 Anthony Joshua is using Shokran Parwani, who has plenty of experience in emulating Oleksandr Usyk, as a sparring partner.

Joshua will defend his IBF, WBA and WBO heavyweight championships against the undefeated Usyk on September 25 at the Tottenham Stadium in London, live on Sky Sports Box Office.

His need for southpaw sparring partners to mimic Usyk’s stance took him to Thomas Carty, an Irish prospect, and now to Parwani, a Germany-based Afghan cruiserweight. 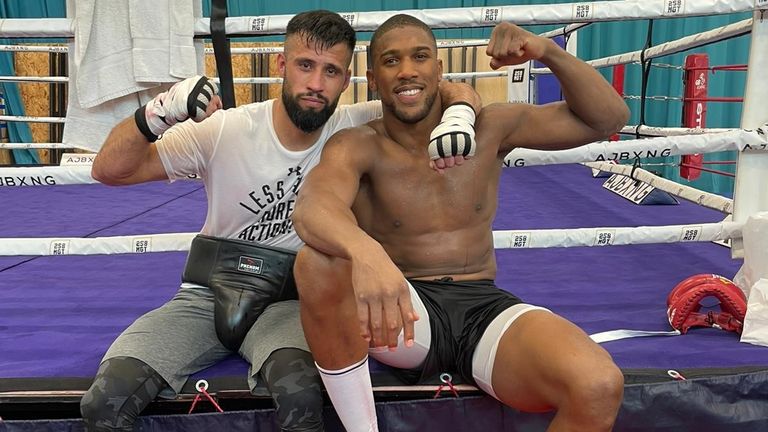 “I have a little bit of the same style,” Parwani told Sky Sports. “I work more with my feet. I am a slick guy with a lot of movement.

“Usyk is also a slick guy, he isn’t a puncher.

“I saw him live in his fight with Marco Huck. He is very good, his IQ is very high, I rate him very highly.

The paths of @anthonyjoshua and @usykaa had to meet eventually…

Parwani has been used as a sparring partner by Huck and Derek Chisora when they prepared to fight Usyk.

He said about Chisora: “It was good sparring. In the first round I thought: ‘Oh, it’s Chisora! Everybody spoke about him and now we’re sparring!’

“But after the second or third round? I moved a lot and didn’t take a lot of hits.

“He is in the best shape of his life. Watch the fight against Usyk – he was orthodox then switched to southpaw. This was new. His pressure was extraordinary for a heavyweight.

“[Chisora’s then-manager] David Haye told me that I did a good job.”

Parwani’s previous two training camps to take on Usyk, alongside Huck and Chisora, have ended in their defeats but he believes it will be different with Joshua.

“It is a different level,” he said. “Like the European Championship to the World Cup!

“I saw his power [when we trained at his gym in Finchley]. His uppercut and his hook are just different, bro.

“From the outside if I watch Huck, Chisora and AJ? He has such power and now, with his training, is moving a lot.

“He is even more dangerous.”

Parwani added about Joshua: “He is the future undisputed champion. My old coach Jorge Capetillo trains with Tyson Fury so I’ve seen his training, and I’ve seen AJ live.

“I think AJ will knock Fury out, absolutely.

“He is dedicated and more focused. He is focused only on boxing, and this is important. He will beat Fury.”

July 26, 2021 Boxing Comments Off on Oleksandr Usyk puzzle could be solved by Anthony Joshua through the use of Shokran Parwani as a sparring partner
NFL News