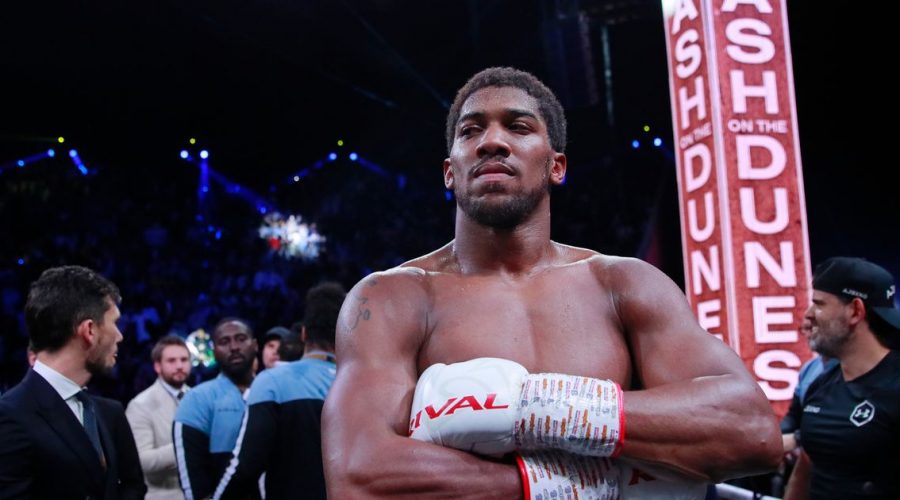 Michael Hunter, a former opponent of Oleksandr Usyk, believes Anthony Joshua is not skilled enough to edge a decision against the undefeated Ukrainian and can only win if he knocks Usyk out.

Hunter faced Usyk back in 2017 and while the American performed well in the early rounds of the bout, Usyk proved to be too much in the later stages and was victorious via decision. The loss remains the only blemish on Hunter’s otherwise stellar record.

In a recent interview with IFL TV, Hunter was asked about how he expects his former opponent to perform against the unified heavyweight champion. It’s fair to say, he’s backing Usyk.

“I don’t think Anthony Joshua beats Usyk unless he knocks him out,” Hunter began.

“This is heavyweight boxing, so there’s always going to be knockouts.

“[Usyk] is strong enough and he’s an Olympian and all that. He has the accolades and attributes to do so."

Interestingly, both Usyk and Joshua won gold medals at the 2012 London Olympic Games.

Joshua defeated Italy’s Roberto Cammarelle in the final at super-heavyweight while Usyk conquered a strong field to become the heavyweight champion.

Do you think Anthony Joshua will knockout Oleksandr Usyk? Let us know in the comments section below.

“I just think Usyk is a little bit too fine-tuned for him,” Hunter continued.

“People are always going back on the Chisora fight because he didn’t look so good, but I think that was more of a ‘styles make fights’ type of thing. It’s in his favour to box somebody like Anthony Joshua, in my opinion.

“You have to hit Usyk with something very sneaky when you’re that tall and that dynamic with Usyk and Anthony."

“We know that Usyk is very defensive-minded and he’s not there to engage. He’s there to get the points and win.

“So it’s going to be a very difficult feat and challenge for Anthony Joshua.”

There’s a strong argument that Usyk will be Joshua’s toughest test to date.

The Ukrainian is a genuine pound-for-pound talent, with an excellent record that boasts wins over the likes of Tony Bellew, Derek Chisora and Murat Gassiev.

Indeed, while he will be at a size disadvantage, Usyk is an immaculate defensive boxer who is comfortable fighting on both the front and backfoot. The Ukrainian is, without doubt, the most technically polished boxer AJ will have faced to date.

Joshua will certainly still be the favourite going into the bout, following his solid last outing against Kubrat Pulev as well as his significant size and power advantage.

However, it goes without saying that Usyk is far from a mere stepping-stone towards an all-British unification bout with Tyson Fury. Joshua would do well to remember that.