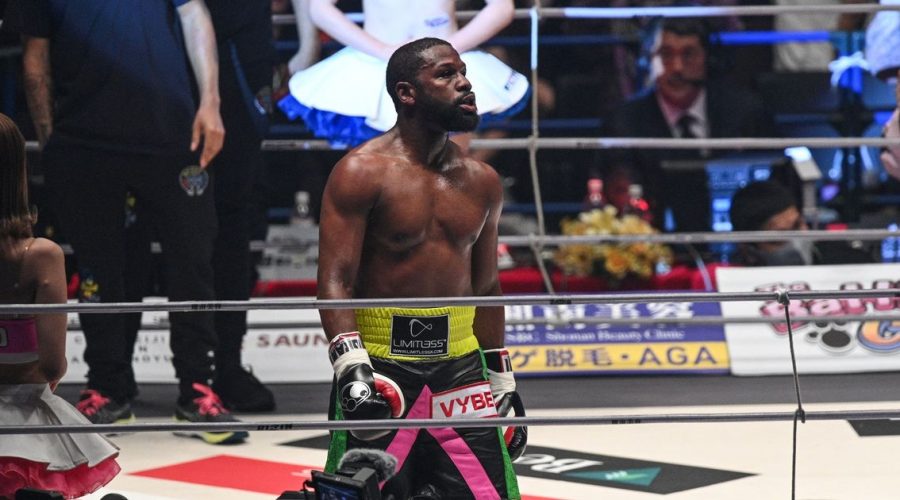 Floyd Mayweather's UK boxing debut is "off" just six hours after being announced.

Boxing legend Mayweather confirmed his exhibition bout with Muay Thai fighter Liam Harrison on Friday morning, with the American saying he would take to the ring on February 25 at London's O2 Arena.

Mayweather shared a poster of the event with the caption: "#London February 25th, It’s official. My first exhibition fight in the UK will be at the O2 Arena. Tickets go on sale next week. Stay Tuned!!"

But excitement for the bout quickly turned to disappointment as Englishman Harrison released a statement saying he was pulling out of the fight with a knee injury.

The 37-year-old stated his knee had "ballooned" up and that he was "heartbroken", though he maintained no contract for the bout had been received or even signed.

Harrison tweeted on Friday morning: "Many of you will have seen the announcement this morning about my fight against Floyd Mayweather. Devastatingly, my knee just won't allow it.

"Discussions about the fight started a few days ago with the Mayweather team and I honestly thought I would be ok in a boxing fight, even with needing surgery on my knee. I upped my training as soon as discussions started and has some hard sparring and pads but almost immediately my knee had ballooned up and I can't walk.

"Hitting pads is fine but the movement and agility needed to spar and especially fight just isn't possible. My surgeon is in agreement that this won't be possible and I am absolutely heart broken. This fight and everything that would have come with it would have changed my life."

He added: "Floyd is the greatest boxer of all time and I would have wanted to put in a good account of myself. I really hope when I'm recovered we can make this fight happen."

This is a breaking sports story and is being constantly updated with the latest news, pictures and videos. Please refresh the page regularly.

You can also get email updates on the day’s biggest sports stories straight to your inbox by signing up for our sports newsletter .

Get all the very best sports news, pictures, opinion and video by following Daily Star every time you see our name.

Keep up-to-date with your must-see sports stories, features, videos and pictures throughout the day by following us on Facebook at https://www.facebook.com/DailyStarFootball

January 20, 2023 Boxing Comments Off on Mayweather’s UK boxing debut ‘off’ as ace pulls out six hours after announcement
NFL News