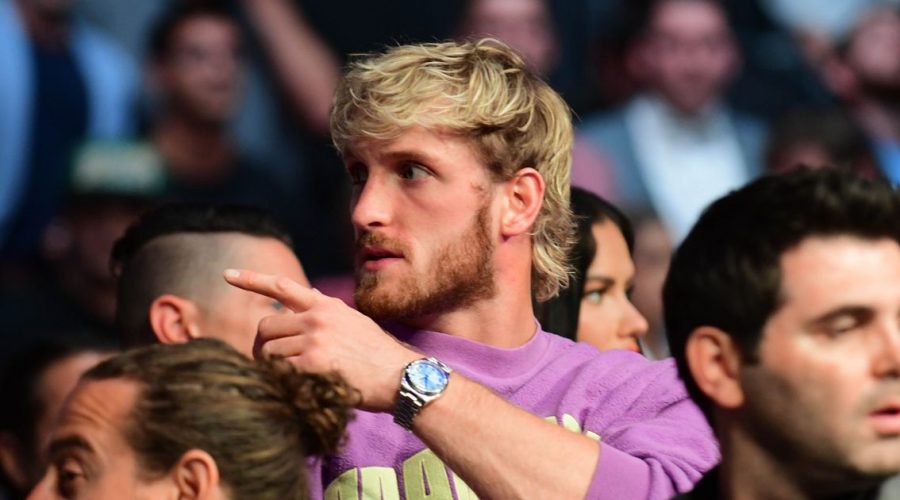 Logan Paul has revealed how meeting Anderson Silva as a youngster inspired him to want to become a fighter.

Paul said that Silva was the first celebrity that he ever met, having watched his legendary UFC middleweight title run while growing up in Ohio.

Paul, and his younger brother Jake, posed for a picture with the former world champion after meeting him at a 2010 meet & greet in their hometown, and the YouTube star even admitted to taking a selfie in the room just because Silva was there.

"Everyone has the moment where they meet a celebrity," Paul explained while talking to YouTuber True Geordie, who allowed him to use his podcast studio to interview KSI for his podcast 'Impaulsive'.

"The first celebrity I ever met and got a picture with was Anderson Silva, he was so famous, I was so excited, it was one of those where I was like 'look who I'm with!'"

Paul said that he was stunned when he heard Silva saying in a recent interview that a fight with he or his brother was his next goal after returning to boxing last month.

Silva defeated former world champion Julio Cesar Chavez Jr in Mexico after 16 years removed from the ring, and now wants to face either of the Paul brothers.

"Bro, that's so ironic, yeah I saw it," Paul said when asked about the interview. "I'm watching this and I'm literally like 'how the f*** is it Anderson Silva's goal to fight me?'

"When I was growing up I wanted to be Anderson Silva, I was like 'oh my God that guy is so bada**, I want to fight like him and be famous like him', and now he wants to fight me!"

The interview in question was a chat with TMZ where the ex-UFC star said that he respects the brothers and would be interested in fighting with them.

“Wow, in the future everything is possible,” Silva told TMZ. “Both brothers, I respect them both.

"They’re good boys – smart boys too and I think that’s good for the future. Especially right now, everything’s changed in the world.

"People like to see the big shows. The entertaining shows.”

Paul responded on Twitter with a vague tweet, saying: “Crazy how growing up, my goal was to be like Anderson Silva,” accompanied by a pair of 'eye' emojis.

According to a private message which was reportedly sent to Bellator MMA fighter Dillon Danis, Paul is set to face the former pound-for-pound UFC great Silva on September 19 at a "massive event" in Dubai.

Danis was mocked on Instagram by jiu-jitsu black belt Viktor Doria, and in response the Bellator star shared footage showing that Doria was in fact following him and had offered him a grappling match on the undercard of the reported Paul vs Silva card.

“There will be a huge event in Dubai on September 19," the reported message said. "The main event is Anderson Silva vs Logan Paul boxing match.

“Would you like to fight grappling match ADCC rules and referees?”