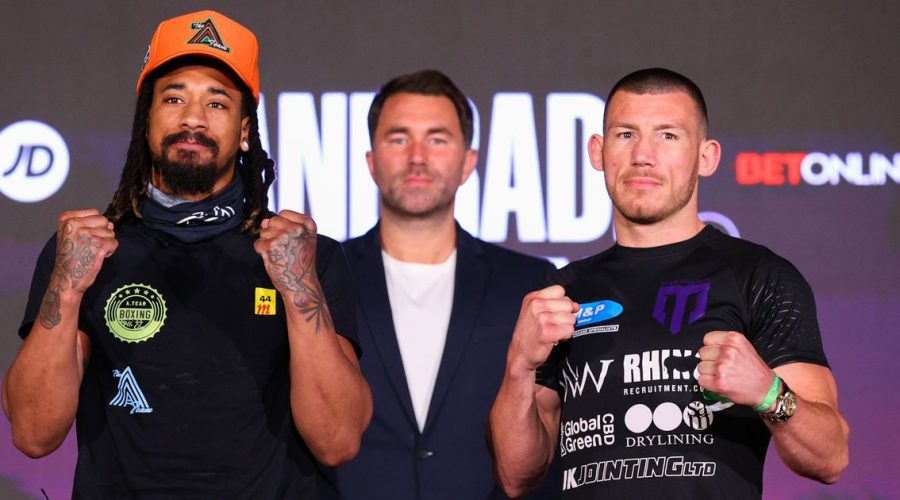 Liam Williams wants to become world champion tonight in memory of the late Alma Ingle and lift the spirits of the gym her husband founded.

The Welshman takes on WBO middleweight champion Demetrius Andrade in Florida this weekend.

Williams, 28, is the underdog against the American but he has a special motivation to end his rival's unbeaten run.

The Machine has been training at the famous Wincobank gym in Sheffield since 2018 when he teamed up with Dominic Ingle.

It was the late Brendan who opened the doors of St Thomas' Boys and Girls Club and turned it into one of the biggest talent factories in British boxing before passing it on to his sons Dominic and John. But alongside him wife Alma became a prominent figure in boxing first as an amateur judge and then as a promoter while also being the rock of the family until she died last month from cancer.

Alma Ingle spent many of her latter days still turning up to the gym, sweeping the floor before pulling up a chair and watching the current crop of talent spar.

“I did get to know her, we gelled quite well, we were always having a laugh and a joke together,” said Williams.

“She was the boss of the Ingles. It was sad to see her pass, she will be truly missed at the gym and in life. “I've spoken to Dom about it, he says she would have wanted us to get on with it and that's what we are doing.

“She would be more proud of seeing them produce more champions which they will.

“To win a world title for her would be unbelievable. I feel like I would really lift the spirits of everyone at the gym, Dom, John and the rest of the family.”

Williams has put down his move to the Ingle gym after his back-to-back defeats by Liam Smith in 2017 as to why he is now in position to challenge for a world title after seven wins in a row.

“The history of the gym was a big thing, it is one of the reasons I went there,” said Williams, who had previously trained near his home in Clydach Vale with Gary Lockett.

“The history of the gym captures your imagination. “It is exciting but the main thing for me was to team up with Dom. I knew I would work well with him and that has come right.”

Williams is unbeaten since he moved up to middleweight and now challenges the unbeaten Andrade to become Wales' latest world champion.

He hails from the same town as heavyweight world title challenger Tommy Farr and idolised the country's boxing hero Joe Calzaghe while growing up.

But this is not about following in anyone's footsteps for Williams as he bids to upset the fancied Andrade, who has not lost in 29 fights. “Calzaghe has a big part to play,” added Williams, who has 23 wins from 26 fights.

“Not in what I'm doing now but when I was starting out because he was a legend of Wales and he is a real role model and someone to look up to.

“Now I'm on my own journey, I'm writing my own story.

“What is the point in looking at the past? We are in the here and now.

“People need something to be excited about now and not 10 years ago.

“Hopefully everything goes to plan and then we can look at a big defence in Wales.”