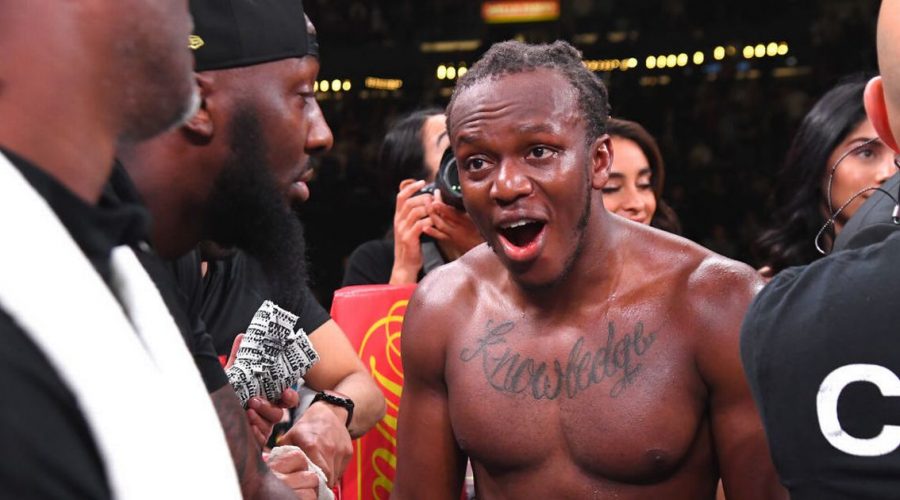 KSI has confirmed who he wants to fight in his next two boxing matches.

YouTube star KSI, real name Olajide Olatunji, was one of the first social media sensations to step foot in the boxing ring, knocking out Joe Weller and defeating Logan Paul via split decision.

Despite his success, he has since moved away from the sweet science to focus on his burgeoning music career.

However, after the release of his second studio album ‘All Over the Place’ last week, it seems Olatunji feels like it is nearly time to return to the boxing ring.

In a recent appearance on former rival Logan Paul’s podcast ‘Impaulsive’, Olatunji indicated that while he hasn’t had the time to train in the last year, he is keen to return to the boxing ring soon.

"When you're in camp, you have to be in the zone going 'boxing, boxing, boxing' and right now I'm fully out of it," Olatunji claimed.

"So for me to tap into it, I really would need to settle in and focus, but right now I don't have the time because music is flying for me, man.

"I have an album that is hopefully going to become a number one So many top fives, top 10s single after single, and people are still piping up.

Do you want to see KSI fight Jake Paul? Let us know in the comments section below.

The YouTube star went one step further and claimed that he already has two opponents in mind if he was to return to the ring: fellow social media stars Austin McBroom and Jake Paul.

"For me to fight Austin, I feel like I need to fight him right now to show Jake how much I've improved," KSI explained.

"I need to strike fear into him because if I go and fight Jake right now, he has all the leverage and he can say 'I'm the A-Side,' this and that.

Jake Paul is set to return to the boxing ring next month. Instead of fighting another YouTuber, Paul is set to meet former UFC welterweight champion Tyron Woodley in a professional boxing match

July 22, 2021 Boxing Comments Off on KSI confirms his next two boxing fights with Jake Paul showdown in the works
NFL News