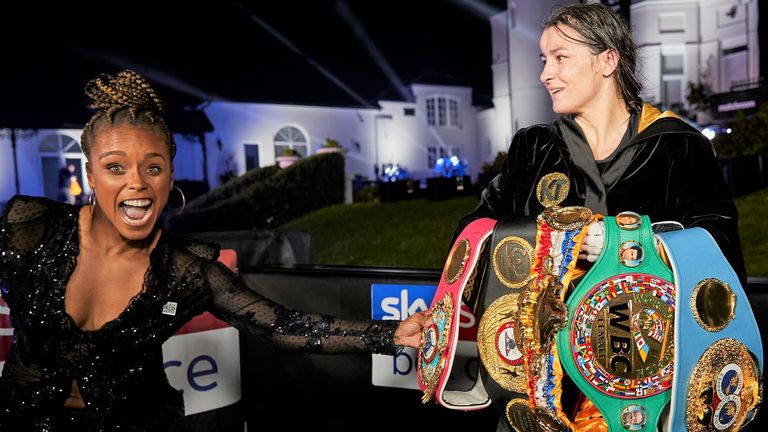 Katie Taylor’s world titles will be at stake against Natasha Jonas, but is the Irish star’s legacy also at risk this Saturday? The Panel of experts have given their verdict…

Taylor defends her undisputed lightweight belts against Jonas on this Saturday’s Chisora vs Parker bill, live on Sky Sports Box Office, in a repeat of their epic encounter at the London 2012 Olympics.

She defeated Jonas before claiming the gold medal, then added world titles in two weight classes as a professional, but would her achievements be lessened by a shock loss this weekend?

Of course it could have an impact on her legacy. A loss at any stage of your career is bad, but especially when you’re undisputed and unbeaten.

Taylor had two wars with Delfine Persoon, one of which I thought she was a bit fortunate to get the decision. I scored the first fight to Persoon.

There is every chance that those tough fights could catch up with her. I think Natasha Jonas will be much better than many people expect.

It’s a good fight, but I just see Taylor producing another dominant performance. She’s got such a high work-rate, she’s so fit and she’s tough as well.

That’s the risk you take every time you get into the ring, once you’re at a certain level. I think Katie’s legacy is that she’s ducked no one. She’s never turned down a fight. That’s her legacy. She’s fought the best, stepped up in weight, everything. 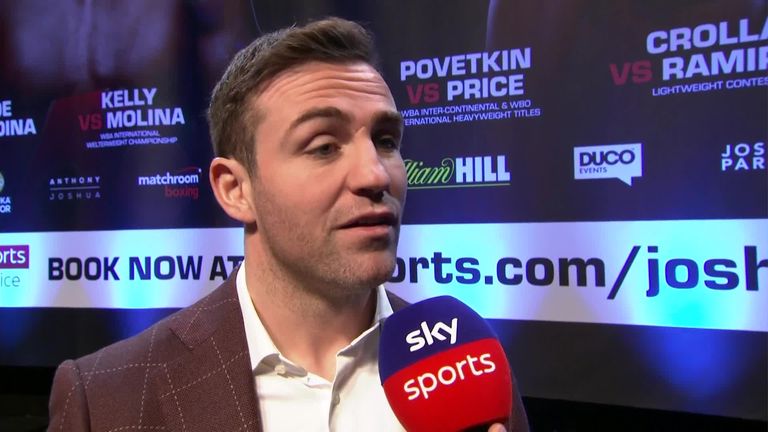 Natasha Jonas is a worthy challenger, they’ve got a bit of history there from their amateur days at the Olympics. Obviously, Natasha is coming off a really good performance in the draw with Terri Harper. Is Taylor risking her legacy? Once you’ve achieved greatness, I suppose every time you box after that, you’re risking a bit of a dent.

Taylor has still got goals, aspirations, things she wants to achieve and she sees herself as a trail blazer in women’s boxing. To be that, you have to be prepared to fight everyone. It’s just who she is.

No, Katie Taylor is well established, no matter what. If Taylor lost on Saturday night, would her legacy be tarnished? Not at all. Katie Taylor has done amazing things for women’s boxing, let alone boxing by itself, and she’s given us some fantastic fights. 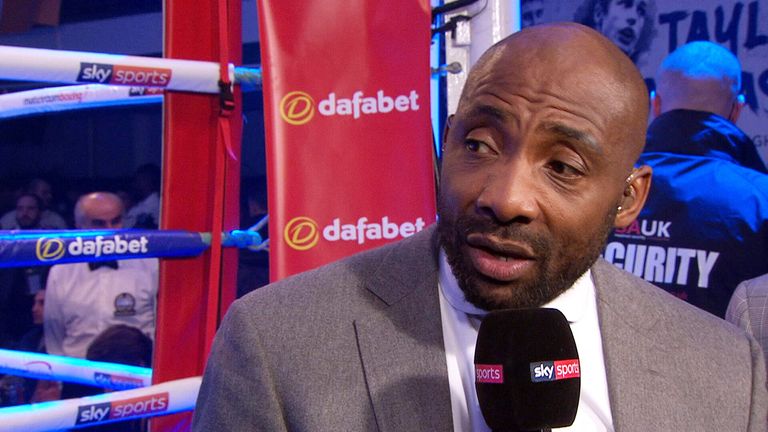 Every fight you get in there, it’s a risk. We’ll find out if Katie Taylor’s superb skills are slipping just a little, but even if they have slipped a bit, she’s still top of the tree.

Her legacy can’t be touched. She is a hero in Ireland. When you talk about women’s boxing all over the world, they talk about Katie Taylor and Claressa Shields.

"I honestly believe the only person who could have beaten me in those Olympics was Katie."@KatieTaylor, @TashaJonas and @NicolaAdamsOBE shone at the tournament that changed boxing forever.

I do think that the Tasha Jonas that fought Terri Harper is the best Tasha Jonas I’ve ever seen, and I was really impressed.

A couple of fights ago, I thought, ‘Is the wear and tear starting to catch up on Katie Taylor?’ But then in her last outing, she looked fresh, she looked revitalised.

No, I don’t think she’s risking her legacy, but I do think it’s a very intriguing fight.

I’m not sure that Katie Taylor is risking her legacy, but she’s definitely taking a risk against Natasha Jonas.

Katie Taylor is at that stage where she has to take on all comers. Katie is a pioneer for women’s boxing and she’s had a couple of hard fights in recent times with Delfine Persoon. It’s been a tough career, she’s moved up in weight, but she’s so good to watch.

Natasha Jonas will see this as a massive opportunity. She’ll be thinking, ‘There’s no pressure on my shoulders.’ Natasha is also coming off that draw with Terri Harper, where I felt she was very unlucky not to win, as did a lot of people. She’ll be going in with added confidence.

If Katie Taylor ever gets beat, I think it’s going to be a huge upset. It doesn’t matter who she is up against. She’s the superstar of women’s boxing.

I think every fight for Katie Taylor is a risk. She’s undefeated and she’s got that undisputed crown.

Defeat for her would seem completely unthinkable and I’m sure if it happened, it would feel like the end of the world. In that regard, yes I suppose she is, but it’s a good fight to make.

"KATIE'S A DIFFERENT ANIMAL"👌@TashaJonas admits her impressive performance against @TerriHarper96 will not be good enough to beat @KatieTaylor… and she has to find another level #TaylorJonas pic.twitter.com/QpI7L2KOwO

I think it’s going to be a great fight all the way through, but I just feel that Taylor will be a step ahead of Jonas. It could be one of those fights where it’s competitive in every round, but Jonas doesn’t quite do enough to win many of them.

April 28, 2021 Boxing Comments Off on Katie Taylor risks her world titles against Natasha Jonas but is her legacy also on the line this Saturday?
NFL News