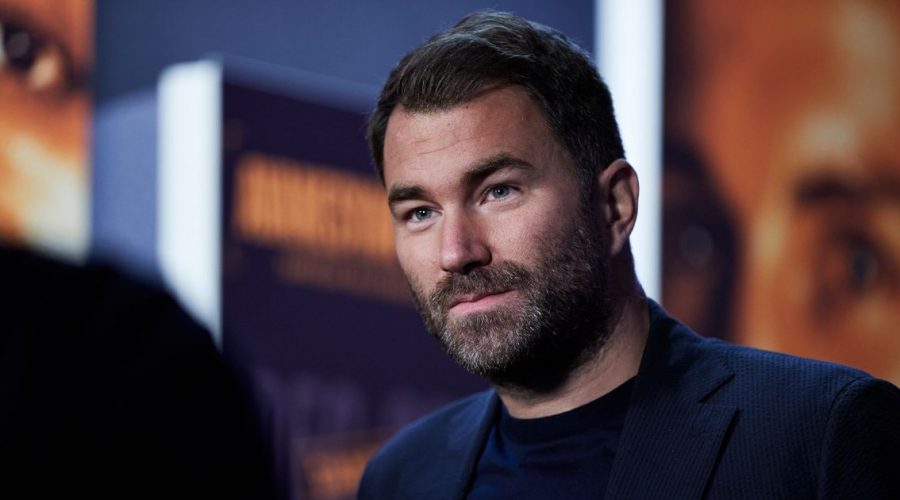 The unnamed billionaire has swooped to take the fight from under the nose of Saudi Arabia.

Hearn refused to name the shock bidder or the country he hails from but the cash-rich businessman wants to make the bout a mega event in his homeland.

The Matchroom chief said: “I had an approach on Wednesday, not from the Middle East, but it was the most bizarre approach.

“It was from a very wealthy individual and he wants to do something very special.

“This one was just well out there. And it's a realistic option, money is not an issue with this guy.

“Commercially it's a bit strange, but it's not about that.

“It's a trophy asset to say, 'This is the biggest event in the world'.

“And that's the mindset of an individual who wants to bring it to his own country.

“I told AJ about it last night and he's just like 'I'll leave it with you mate'. This is an event that you can showcase to the world.”

Hearn also said the clash for the WBA, IBF, WBO and WBC titles must happen this summer and any bidder for the fight has to accept that.

It has been claimed Saudi Arabia is prepared to stump up a huge fee but want to wait until November or December.

Hearn said: “The absolute focus is June or July. If there's a site that says another date then you're out.”

This weekend Hearn is hoping another charge joins the world title picture as Lawrence Okolie takes on Krzysztof Glowacki for the vacant WBO cruiserweight belt.

Okolie is bidding to win the belt in his 16th professional outing – while his manager Joshua became world heavyweight champion in the same number of fights.

Hearn added: “When AJ beat Charles Martin [for IBF title] he didn’t have a clue what he was doing.

“Where he is now in terms of his sleep, the infrared lights, the extra point one percent, this is the level detail you have to go through if you want to be on top of your game.

“It makes me feel very confident in Lawrence because he’s doing those things now before he becomes a world champion.

“He’s been around AJ and seen these little things.”

March 18, 2021 Boxing Comments Off on Joshua vs Fury fight could head to Far East after mystery bidder emerges
NFL News