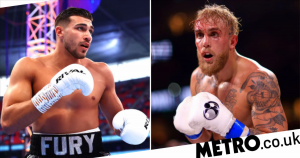 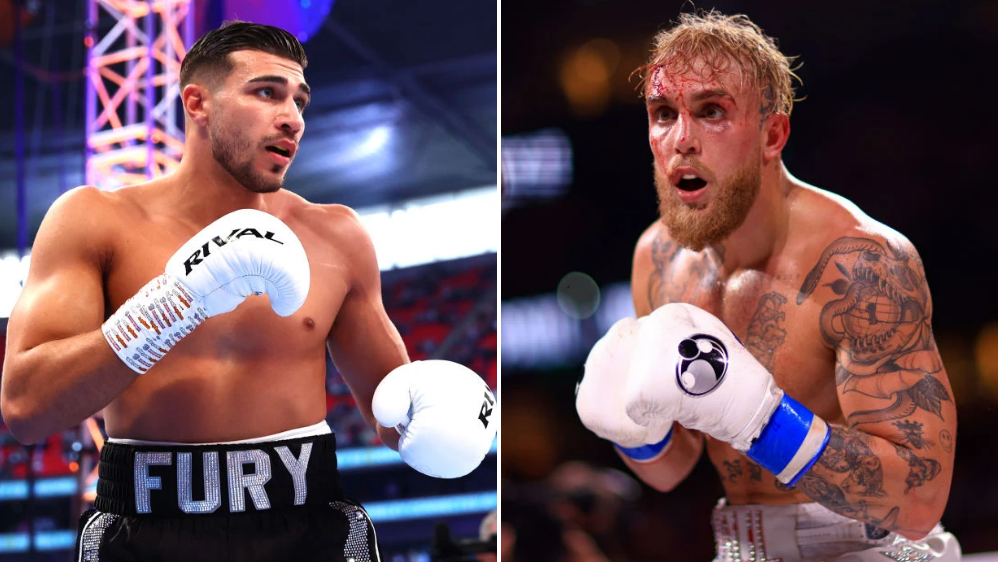 John Fury has confirmed the long-awaited showdown between Tommy Fury and Jake Paul is on the brink of being signed, sealed and delivered.

Fury and Paul have seen their proposed fight fall through twice in the last 13 months with the former Love Island star forced to withdraw from their original bout in December 2021 after suffering a broken rib and a bacterial infection.

A re-arranged date last August at New York’s famed Madison Square Garden also fell by the wayside but at the third time of asking, a deal has now been agreed with Tommy’s father and trainer revealing it is almost over the line.

As originally reported by Aeriel Helwani this week, their fight will take place on Saturday 25 February with a site deal still to be confirmed.

‘We are 99 and three-quarters per cent there and for my money, it is on,’ John Fury told Metro.co.uk via FreeBets.com. ‘We are ready, he is ready we are just waiting now to get the final confirmation and I think they will announce it very soon.

‘We are in camp anyway, we started camp before Christmas, we are in a good place and we are looking forward to it. I know it is two reality TV stars basically, a YouTuber and a TV star. I know people look at it like that but it is great viewing and great entertainment. That is where we are at.

‘Tommy has been working hard in the gym, he has had nine professional fights and done nothing wrong. He has come along nice and steady, learning the game and learning his trade and I’m happy. And I’m happy Jake Paul has shown the minerals to step into the ring with him, a proper boxer. We are looking forward to it.’

Last August’s proposed date fell through after Fury was unable to travel to the US due to a visa issue, with Paul going onto beat UFC legend Anderson Silva in an eight-round contest in October. In the summer, Fury beat Paul’s sparring partner Anthony Taylor on points before seeing out the year with another win over Daniel Bocianski on the Tyson Fury vs Derek Chisora undercard at the Tottenham Hotspur Stadium.

After seemingly endless negotiations, Fury Snr suggests his son is likely to be ‘underpaid’ heading into the fight, but insists talks remained amicable in order to finally get the deal done.

‘We have probably been underpaid but we accept that, we’ve got the raw end of the deal, we accept that as well. I have run it past Tommy and he’s said: “Look dad, let’s just fight this man and get him out of my hair once and for all”. So let’s let him have it all his own way, get him knocked out and Tommy will be a very big man on the 25 February.’

He continued: ‘It is a relief in one respect to give the fans what they want. I’m relieved so we can get the fight on and serve it up to the fans who have been wanting to see this for almost three years. It has been on and off but it’s been timing and bad luck. But up to press, we are injury-free, we are firing on all cylinders, all the business side  of it has been taken care of, everything has been agreed and as far as I’m aware today, everything is amicable on both sides and we are ready to go.’

John Fury himself has played a larger than life role in some of the build-up to Fury vs Paul. The American was on commentary duty as Fury secured an exhibition win over Rolly Lambert in Dubai in November, hurling abuse at the Briton throughout the contest.

Incensed with his comments, Fury Snr ripped off his shirt and demanded Paul join him in the ring before security defused the situation.

Despite the recent bad blood, Fury Snr insists he will be the first man to shake Paul’s hand should he beat his son next month.

‘Let me tell you, it’s only business to me,’ he said. ‘I quite like Jake Paul, I quite like his brother, they are very intelligent lads, because they are only young kids, and their father and mother can be very proud of them as I am of my boys.

‘I’m in the fight game, I have a job to do and I’m doing it to the best of my ability and I hope they understand that. After the fight, whoever wins, it will be a handshaking job, a pat on the back well done. Deep down, that is what the Furys are about, especially John Fury, the best man wins and gets his hand shook. If Jake Paul can beat Tommy, I will be the first one to pat him on the back and give him the height of respect. Up close and personal.’

Fury Snr continued: ‘The best man will win. I don’t think Jake Paul has got a chance. I really don’t. Looking at his past performances and who he is has been boxing, Tommy is a far cry. Another level.

‘But fair credit to him for stepping up to the plate. We are not in the ring yet, things can happen and until both men have faced each other it is not a foregone conclusion but we want it. If this fight doesn’t take place, it won’t be because of us. I’m doing my best to keep the lid on everything to keep it so we can perform and so far, so good.’