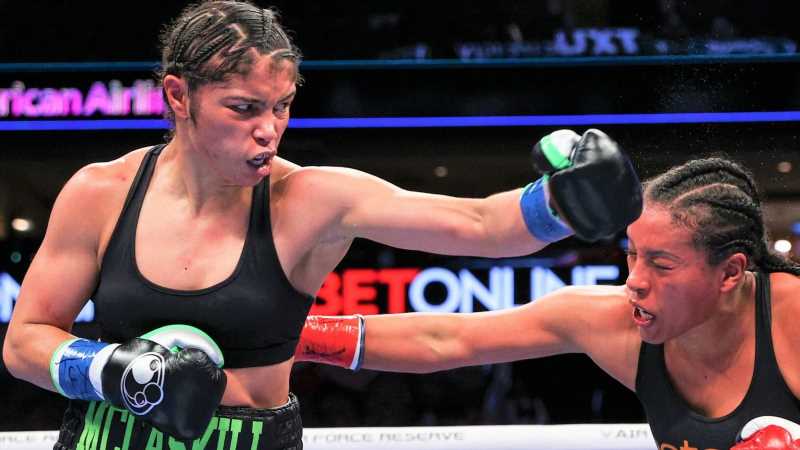 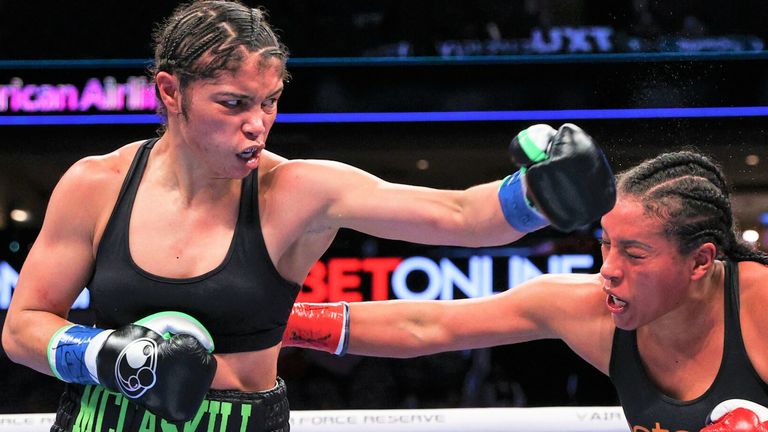 Jessica McCaskill completed a dominant points victory over Cecilia Braekhus in their rematch to reinforce her status as the undisputed welterweight champion.

The American had won by majority decision to end the lengthy world title reign of Braekhus in their first fight, but McCaskill ended any dispute after a wide unanimous decision victory with scores of 110-89, 99-90 and 98-91 in Dallas.

A rematch with Katie Taylor, the undisputed lightweight champion, or a clash with Claressa Shields, who holds all the world titles at super-welterweight, could now be part of McCaskill’s future plans.

“If Katie Taylor is the next one, let’s go,” McCaskill told DAZN. “If Claressa wants to come down to 147[lbs] and see if she can make the weight. Like you said, we’ve got a lot of options.” 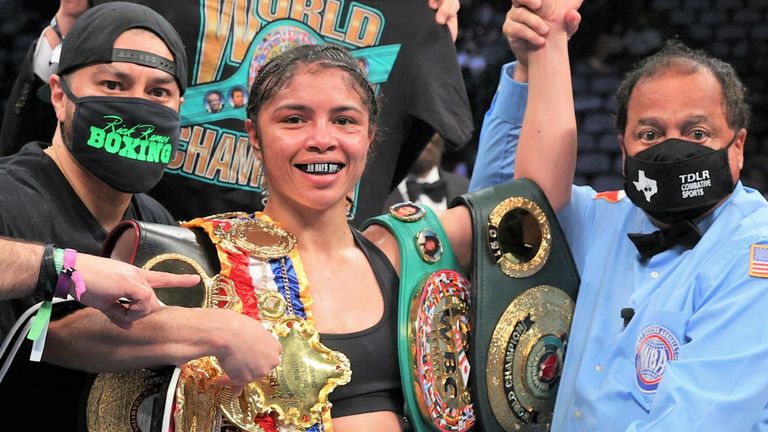 The New Yorker had made a typically aggressive start, hurting Braekhus with powerful right hands in the early rounds.

Braekhus was docked a point in the seventh round for pushing McCaskill’s head down in the clinch, a sign of her growing frustration.

McCaskill punished the Norwegian with sharp counters to secure a comfortable victory on the scorecards, despite a desperate assault from Braekhus in the final round.