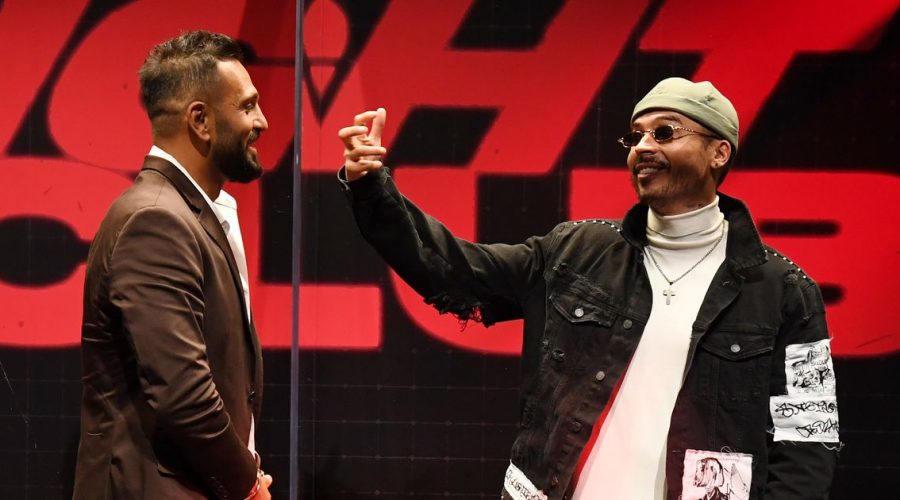 Jake Paul and Ben Askren will take centre stage in Atlanta tonight when they clash in the main event of an eclectic boxing card.

But there is plenty of action beforehand with a packed undercard which includes some bizarre fights as well as some featuring legitimate boxers.

Among those walking to the ring include a former world champion, a former UFC heavyweight title challenger, a billionaire nightclub owner and a Colombian musician.

All eyes will be on the card in Georgia as Paul bids to become boxing's next big star despite his inexperience in the ring.

Here is everything you need to know about the undercard bouts…

Regis Prograis will be familiar to UK fight fans from his thrilling battle with Josh Taylor in 2019.

The American came up short on that night and has fought just once since, a stoppage win over Ivan Redkach last October.

He will bid to take a step towards another world title shot with victory over Ivan Redkach who was beaten by Danny Garcia in his last outing. Simpson has won all nine of his fights to date with five coming by way of stoppage. Torres has won eight in a row following a couple of defeats earlier in his career against unbeaten fighters.

Cunningham has not fought for four years but stepped in to replace Antonio Tarver who withdrew from his fight with Mir. Mir last fought two years ago but is making his professional boxing debut.

Another fight we didn't see coming as nightclub-owner-turned-boxer Joe Fournier takes on Colombian musician Reykon after the pair almost came to blows in a nightclub earlier this year.

Billionaire Fournier already has a record of 8-0 while Reykon is making his professional debut – it's hard to see this taking too long. An intriguing match-up between unbeaten Junior Younan and a man on the comeback trail in Jeyson Minda.

Younan's only blotch on his record is a draw against Ronald Ellis in 2018 and he will be confident of wining this one with Minda having lost four of his last five fights.

Another unbeaten fighter in Quinton Randall takes on William Jackson looking for his eighth win. Jackson has fallen short when he has stepped up previously but should pose a decent test.