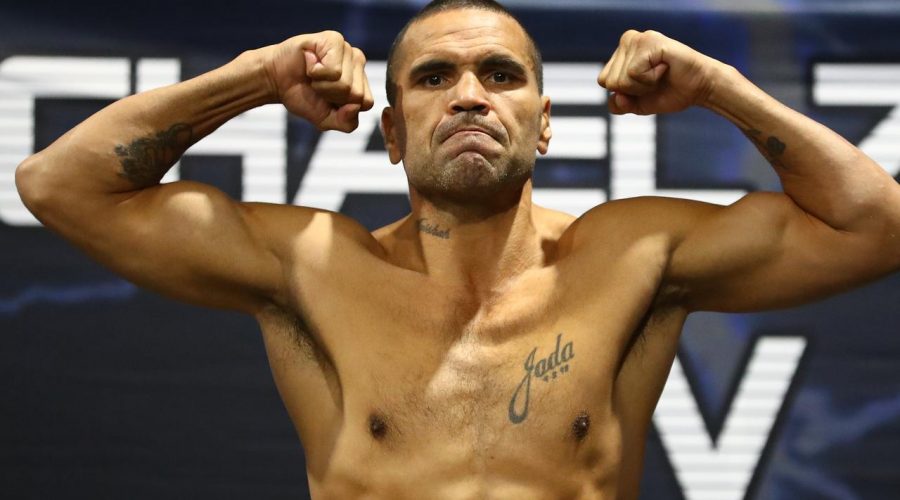 Anthony Mundine is the best athlete Australia has ever seen — just ask him.

“No one’s achieved or done half of the stuff I’ve done,” he told the Bloke in a Bar podcast in 2015. “I’m the best athlete ever to come out of this country.”

It’s a theme the former rugby league star turned boxer has repeated countless times during an illustrious career that spanned more than 25 years across two sports.

“What I did was unprecedented. No one has done what I’ve done, and it probably won’t ever be done again,” he told the Daily Mail this year.

“To conquer the sport I grew up on, and then to change sports and go to the heights I did in my second sport just doesn’t happen.”

Mundine has never been short of self-confidence, but he’s not the only one who shares that view. Two-and-a-half years ago legendary boxing trainer Johnny Lewis said: “Anthony Mundine is possibly the best athlete this country has ever had.”

It’s hard to marry those comments with the performance we saw from Mundine on Saturday night, when he was knocked senseless in little over two minutes by countryman Michael Zerafa in Bendigo.

The defeat put a sad full stop on Mundine’s career, the 45-year-old saying afterwards he was finally going to retire — for real this time.

But while the Mundine we’ve witnessed in recent years — the one that’s lost five of his past six fights — has been hard to watch as he clearly could no longer match it with even middling fighters, it shouldn’t detract from his list of stellar achievements.

As a footy player, he was exceptional. Quick feet and an explosive running game made him a gun five-eighth, before he made the bombshell call to abandon the game in his prime and take up boxing.

He became the IBO super middleweight and middleweight champion, and was the most recognisable face in Australian boxing for years, whose trash talking attracted as many pay-per-views as it did haters.

Mundine’s rivalry with Danny Green in particular was something special — Choc winning their 2006 blockbuster that sold out the Sydney Football Stadium.

So just where does Mundine stand in the pantheon of Australian sport, and what will his legacy be?