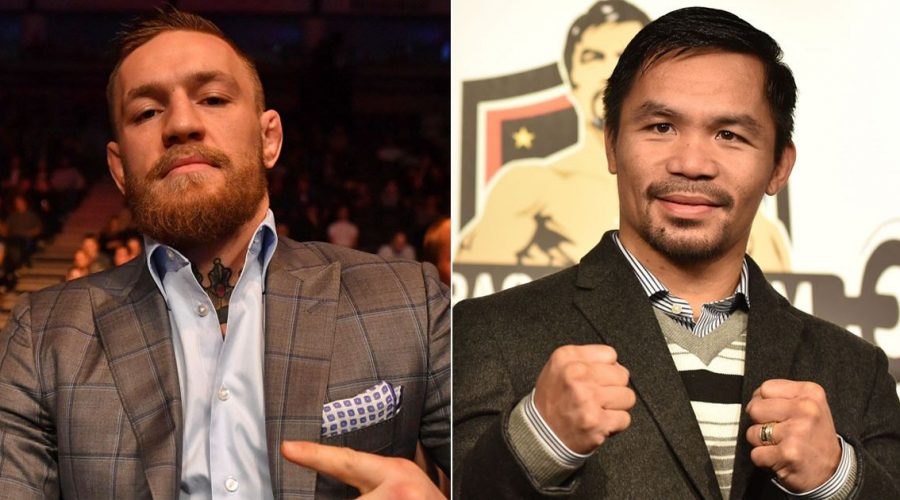 It is not too far-fetched to suggest Conor McGregor could be preparing to take on Manny Pacquiao tonight instead of Dustin Poirier.

One can only wonder how badly such a fight would have turned out for the Irishman – and hope we never have to find out.

But even as McGregor attempts to salvage his mixed martial arts career in Las Vegas tonight, the fight's narrative is intertwined with eight-division world champion Pacquiao.

McGregor has made no secret of his desire to pursue a second fight in the squared circle having been stopped by Floyd Mayweather on his professional debut in 2017.

He even declared an ambition to be crowned world champion having done so twice in the UFC as first a featherweight and then a lightweight.

But it was Pacquiao who drew the bulk of McGregor's attention while he sat out 2020 due to the coronavirus pandemic.

Upset with his bosses at the UFC over what he perceived as an unfair decision to sideline him due to a lack of gate money, McGregor pursued other options.

And although Pacquiao initially denied there was an agreement in the pipeline, the Filipino continued to dominate McGregor's mind even as his rematch with Poirier approached.

In fact, just two days before he walked to the cage for the first time in over a year, McGregor said of the proposed bout: "It's almost a certainty.

"I'm hearing there's contracts and all coming, you now what I mean? It's that close."

The events of the seven minutes he shared with Poirier in Abu Dhabi on that fateful January weekend, however, ensured whatever plans were in place were soon scrapped.

McGregor confirmed he would have faced Pacquiao had he beaten Poirier but even the silver-tongued trash-talker extraordinaire could not conjure up a reason for the fight to take place given the ending to his rematch.

And as McGregor secured another shot at Poirier – and at redemption – Pacquiao turned his attention to first Mikey Garcia and then to Errol Spence whom he will face next month in an intriguing welterweight clash of the generations.

But having signed with McGregor's manager Audie Attar, the expectation was that Pacquiao would fight Garcia and then McGregor in a two-fight deal.

His subsequent decision to instead take on Spence led to Attar taking legal action last month in a bid to stop the fight taking place.

Whatever Pacquiao's future in the ring, it looks set to exclude McGregor who has admitted he was too focused on the potential bout before his defeat by Poirier.

"It was an 85 percent camp for boxing [before UFC 257], for Manny Pacquiao, that’s how the fight came about." he said this week.

"It was going to be a charity event [against Poirier], not even under the UFC banner. It was just because he was a southpaw and I felt a bit of pity for him and whatnot, so I’d help him out and that’s it.

"It went the way it went and I got a setback in there, but setbacks are a beautiful thing. Defeat is the secret ingredient to success, I say, and it’s put me right where I need to be."

And even if he avenges his defeat tonight, it will propel him into a title shot against lightweight champion Charles Oliveira – and in the process, hopefully end the discussion about a meeting with an ageing Pacquiao.