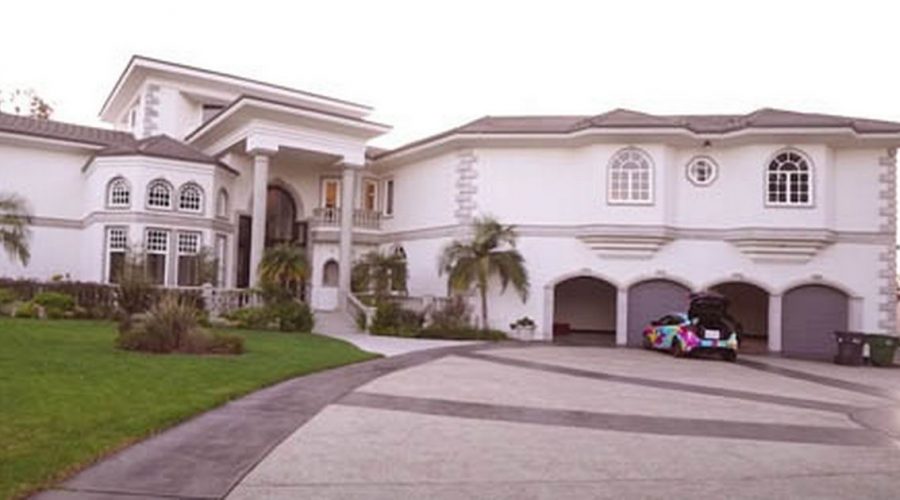 Jake Paul is willing to sell his luxury Los Angeles mansion to help his boxing dream.

The 23-year-old YouTube star, who has over 20 million subscribers on his main account, has won his first two professional bouts and is now keen to take on UFC Superstar Conor McGregor.

Jake, who will watch his older brother Logan fight Floyd Mayweather Jr in February, has now discussed why he is making one of the ‘hardest decisions’ of his life by moving house.

After he revealed all in an emotional video upload, Daily Star Sport have taken a look inside the mansion that is worth an estimated $7m.

As well as including an outdoor swimming pool and spa area, the mega-mansion has a driveway that can handle 20 cars and includes eight bedrooms.

Situated on 3.5 acres, there is a mammoth 15,045 square feet of living space that includes a three-story entrance with a stunning spiral staircase.

As well as a built in theatre and bar, the home office and gym are likely to attract the rich and famous that are keen to move into an area that includes Kourtney Kardashian and Drake as locals.

Million Dollar Listing Los Angeles' Josh and Matt Altman will be taking control of the sale, having spent time working with Paul when he purchased the mansion back in 2017.

Paul was known for hosting huge parties during his time in the house, and it was even raided by the FBI back in August of 2020 with agents leaving with multiple firearms.

The social media star has made the decision to leave LA to avoid distractions and help him fully focus on his boxing career by moving to Miami.

He said: ”I’ve lived here since I was 17, and to leave it all behind is not easy.

“This house is nostalgic, and this is probably one of the hardest decisions I've ever had to make in my life.

"Being in Los Angeles, there's so many distractions.

“There's so much going on, and it doesn't really allow me to focus on training."