Inside Anthony Joshua’s luxury £2,000 per night villa in Jamaica which includes five bedrooms, an outdoor swimming pool and a piano!

Anthony Joshua is living the life of a world champion over in Jamaica, taking a well-earned break from his gruelling schedule to kick back in a £2,000 per-night luxury villa.

The 29-year-old has taken a brief hiatus from the ring and has jetted over to the plush Montego Bay area of Jamaica in order to avoid the incoming British winter and take in some end-of-year sun.

Joshua and his entourage are frequenting one of the area’s finest villas for his stay, which boasts an endless array of lavish perks along with breathtaking views. 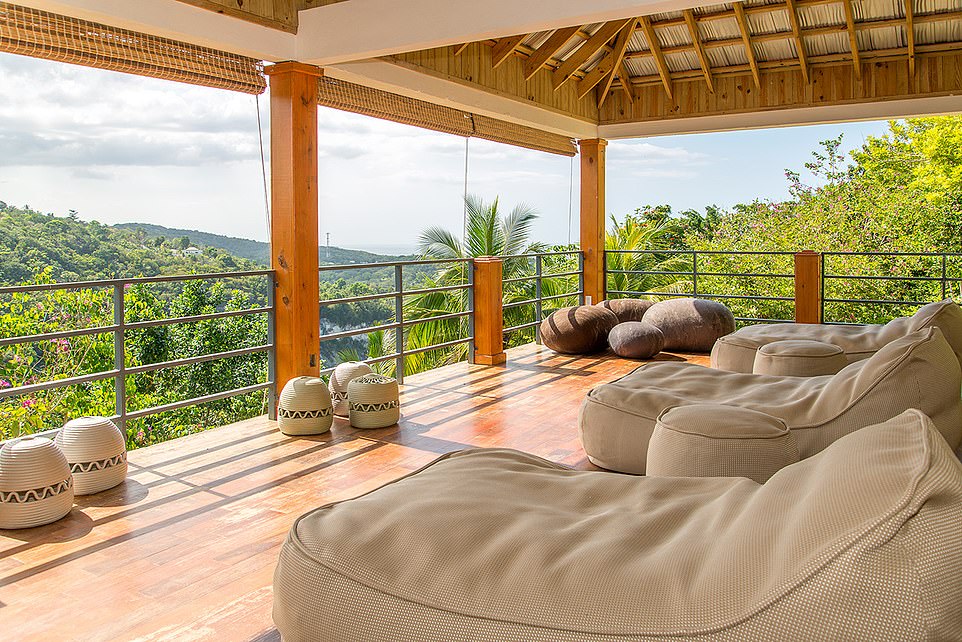 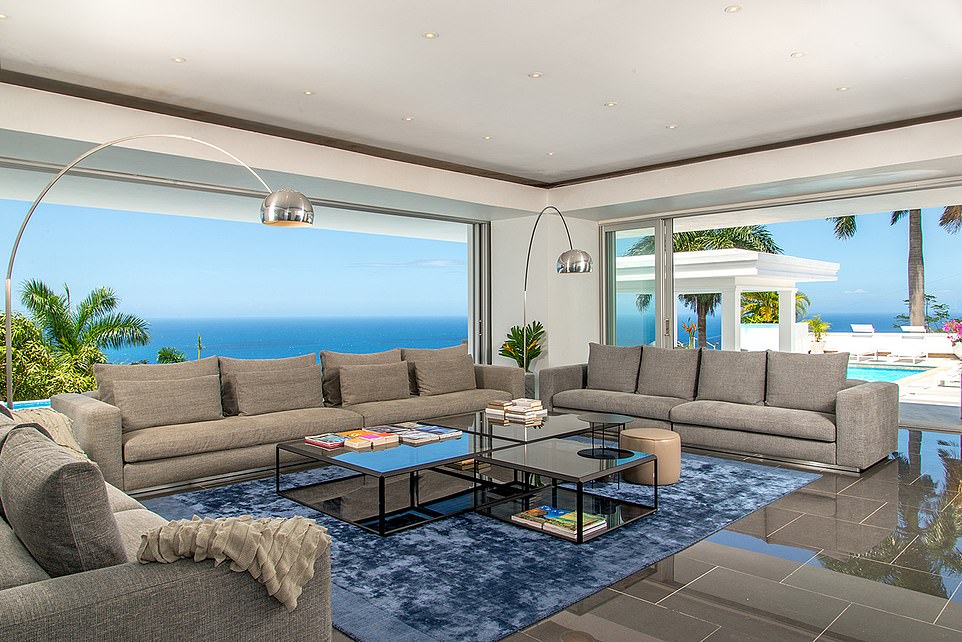 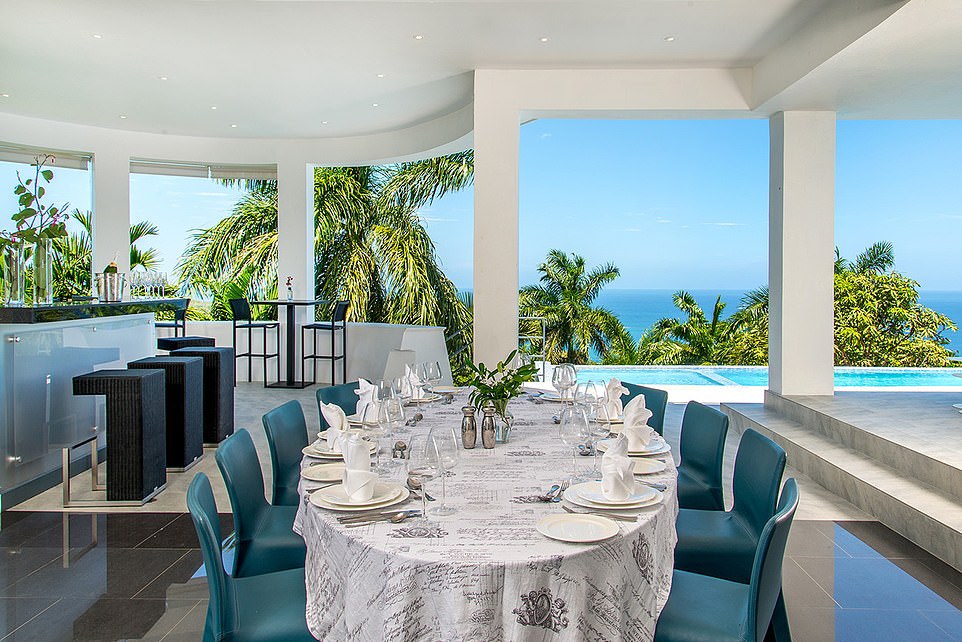 Joshua and his entourage have been unwinding in the glamorous villa, which costs £15,051 to stay there for a week

?? JAMAICA ?? Got me feeling on top of the world #AJBXNG

?? JAMAICA ?? Got me feeling on top of the world #AJBXNG

Views over the Caribbean sea

At a cost of £2,150 per night, the glitzy establishment is available only to those with plenty in the bank balance, though lucky suitors certainly get value for money.

Joshua has a choice of five bedrooms for his stay in Jamaica, each with its own bathroom and washing area.

The villa boasts ‘views that overlook the great river valley, mountains and the Caribbean sea’ and is furnished throughout in a tasteful minimalist style.

A large outdoor pool area is available for guests, which oversees finely manicured gardens and a large expanse of clear blue ocean.

As is all but a compulsory requirement for an athlete of Joshua’s calibre, the villa also contains a fully equipped gym and fitness suite, with additional space around the pool area for outdoor work-outs.

Joshua has already been giving fans a glimpse of the fancy getaway, taking to social media to post updates on his seemingly never-ending fitness routine. 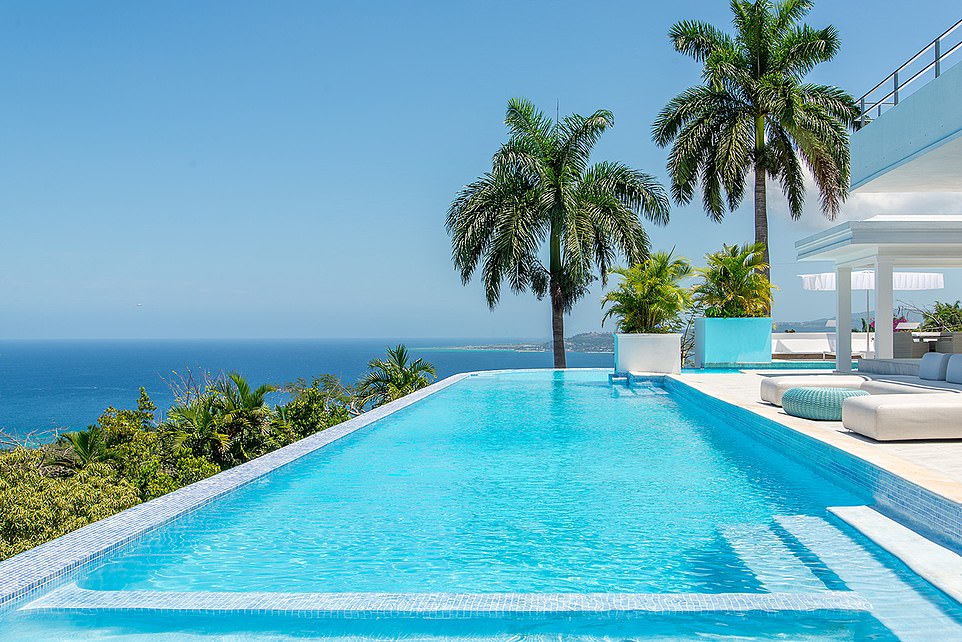 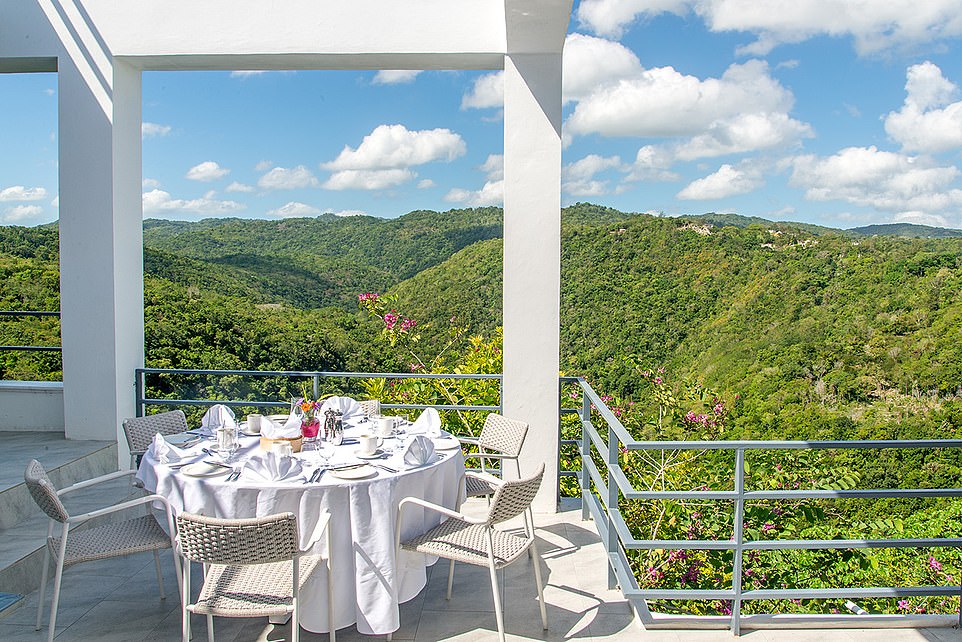 Breakfast with a view: Joshua and Co can feel at one with nature as they take in their morning coffee in Montego Bay 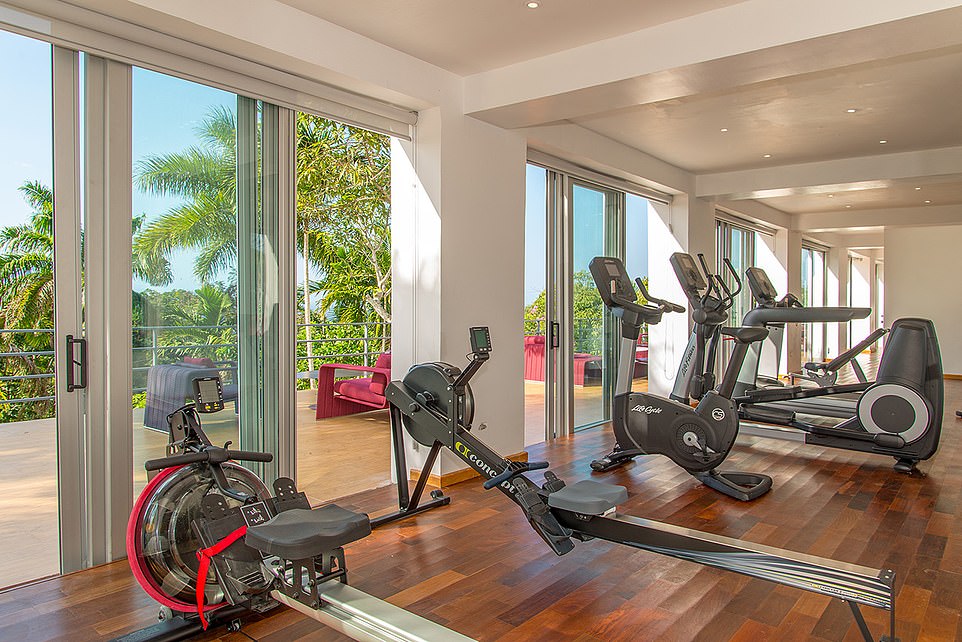 A staple requirement for an athlete of Joshua’s calibre, the villa also includes a fully equipped gym and fitness suite

‘AJ’ recently posted videos of himself working out in the gym, doing crunches and cardio on the treadmill, all in a bid to maintain his robust frame and remain in fighting condition.

But it wasn’t all work, no play for the world champ. He also took to diving into the pool from the top of his villa and appears to be striking up a fine balance between relaxation and graft as he takes time out.

The IBF, WBA and WBO heavyweight champion of the world overcame his most recent challenge back in September when he felled Alexander Povetkin in the seventh round at Wembley Stadium.

Following the Povetkin fight, Joshua’s promoter Eddie Hearn revealed Wembley had been booked in for April 13 next year.

The boxing world is still rubbing its hands at the possibility of Joshua finally going up against American star Deontay Wilder, who is set to meet Tyson Fury in Los Angeles on December 1.

November 10, 2018 Boxing Comments Off on Inside Anthony Joshua’s luxury £2,000 per night villa in Jamaica
NFL News