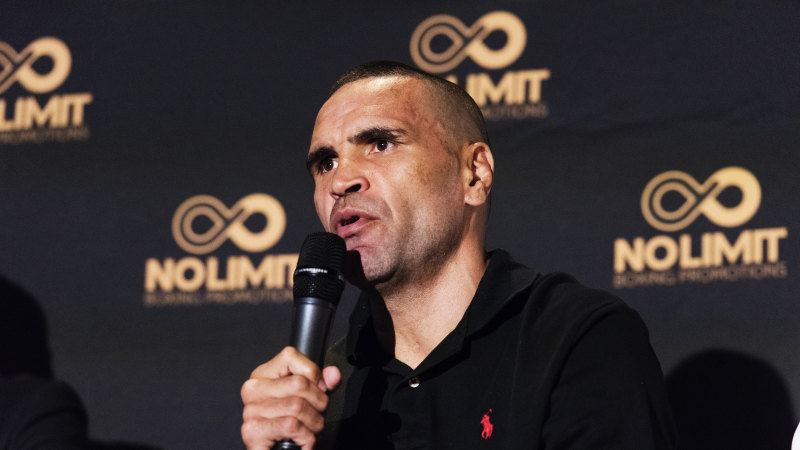 Anthony Mundine has called time on his boxing career, apologising for multiple offensive comments made during his time as a sporting figure during his retirement speech.

The controversial figure “sincerely” apologised to those he had offended during his career as he officially announced his retirement during a press conference in Sydney on Wednesday. 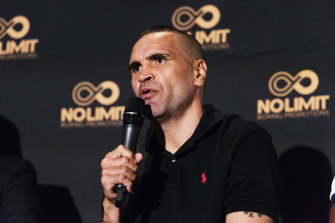 Anthony Mundine has called time on his boxing career, apologising for multiple offensive comments made during his time as a sporting figure during his retirement speech. Credit:James Brickwood

Another controversial Mundine moment came in 2012 when questioned opponent Daniel Geale’s Indigenous Tasmanian heritage before saying he should not wear the Indigenous flag on his shorts.

The following year, Mundine took to Twitter to state homosexuality conflicted with Aboriginal beliefs in response to the ABC series Redfern Now.

“Watching redfern now & they promoting homosexuality! (Like it’s ok in our culture) that ain’t in our culture & our ancestors would have there [sic] head for it! Like my dad told me GOD made ADAM & EVE not Adam & Steve,” he wrote.

More recently, Mundine found himself in hot water after calling COVID-19 a “ploy” to vaccine the population by the masses. He also backed Israel Folau throughout his legal fight with Rugby Australia, believing the former Wallaby was “a victim of racism”.

Mundine retires from his boxing career with a record of 48-11, with 28 wins by knockouts Mundine left his rugby league career midway through the 2000 season to take up boxing. The code switch came after being selected in the Blues squad for the 1999 Origin series in which he played in all three matches.

“I just knew from a young age, from six-seven, I used to envision it to my family, to anyone that would listen that I was going to be champion one day,” Mundine said.

“Football was my passion and my love at that time but I knew one day that I would leave and pursue my other dream. All I wanted to do was represent my country.

March 24, 2021 Boxing Comments Off on ‘I am a changed man’: Mundine retires, apologises for offensive comments
NFL News