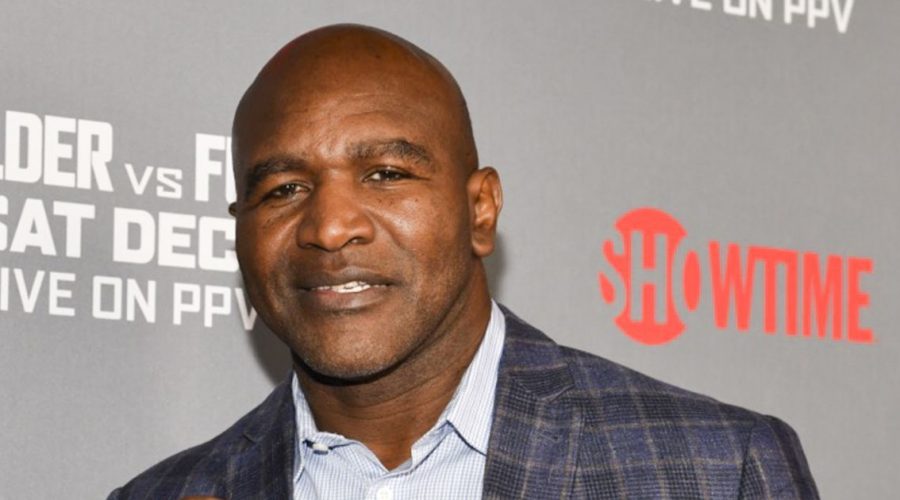 Evander Holyfield has warned Mike Tyson that he's "ready for him" with a lucrative trilogy fight in the pipeline.

Talks are underway as the two parties look to thrash out a deal that would see the pair enter the ring 24 years after their last fight.

Tyson recently returned to the ring for an exhibition bout against Roy Jones Jr.

And now Holyfield is looking to get in on the action as he sets his sights on a third win over Iron Mike.

The former cruiserweight king upset the odds when he beat Tyson in 1996.

Their rematch 12 months later has its place in history after Iron Mike bit Holyfield's ear which resulted in his disqualification.

And already the 58-year-old is stoking the fire ahead of a possible third bout.

He told The Sun : "People do what they choose to do and for whatever reason they have, they do it.

"The thing is that if it’s meant to be it will happen, either way, it is what it is.

"What I can tell you is that my team is talking to Mike’s management, so I’m waiting for a decision. They are communicating right now.

"The thing is I’m still training for this, I know it will be some day this deal will happen and I’m ready for him. I’m doing OK."

Holyfield and Tyson would donate any earnings from the fight to charity.

And despite the two fighters having a combined age of 112 Holyfield is confident that a third fight could raise big bucks.

He added: "My views are you always help people. I try to pass on the goodness that was passed onto me.

"Where an opportunity is available, I like to make the best out of what I have. I believe if I fought Mike the fight will generate $200million.

"It will be the biggest fight there is. That’s the honest truth. I think Mike has my message already. If he is going to do it he is, if not then he’s not.

"It’s a decision he has to make now and we both have to be in an agreement.

"I’m not going to tell anybody what I’m going to do – my strategy I’m planning on using against Mike – I don’t want anyone to know.

"I’m happy if Mike fights me."