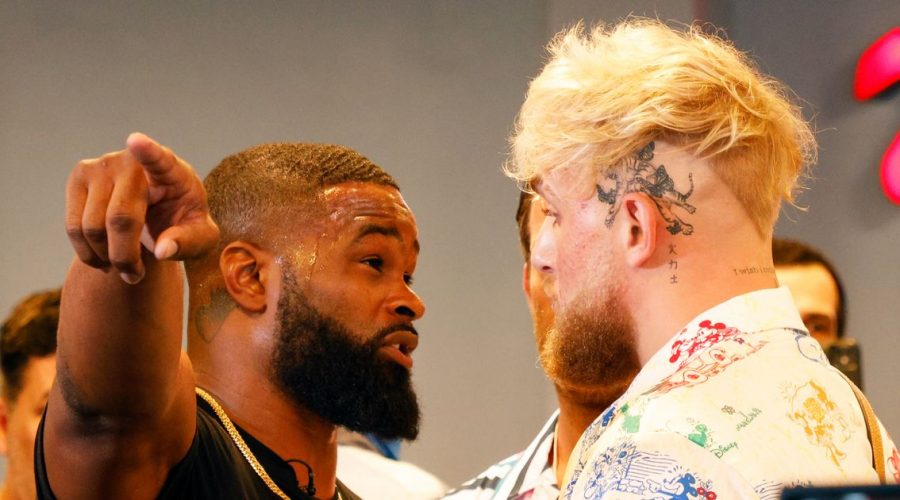 Tyron Woodley believes that he will stop Jake Paul in the third round of their fight this summer.

But the ex-MMA star has been vocal with his belief that he will be able to handily take care of the YouTube star on August 28 when they meet in the ring.

"They’re gassing him up, and they’re giving him that, ‘You’ve got the power, he’s old, he ain’t won a fight a million years, you the younger, more hungry, he’s taking you lightly, you can beat him.’

Asked when he believes the KO will happen, Woodley added: “I think [round] three.

"First round sounds cocky, sounds dope, but I just know that if I’m fighting Tyron Woodley, everyone is going to tell him to cover up, weather the storm, clinch him, grab him, keep him away from you, stay at distance, watch out for the right hand.

"I’ve got to set a couple traps, so I may need a round or two to set some traps, see what he responds to, and I think third round I should be able to clean up the deal.”

Woodley also opened up about wanting to do two fights with the younger Paul brother, per their bout agreement which included a rematch clause, reportedly at the request of the YouTube star's team.

The ex-welterweight star, who will put on as much as 20lbs from his last fight weight to take on Paul, has also said that he's interested in taking on Jake's older brother Logan after this match.

"So what’s gonna happen is, I’m gonna beat him, I’m gonna knock him out, and hopefully it’s not too bad where he doesn’t want to do it again because I want to take the money again.

"I want to rob the bank twice, so that’s the plan.

"I really don’t have smoke with his brother Logan but s***, after he sees what I do to his brother, he might want to get the hands too."

Woodley could train with the legendary Floyd Mayweather in the build-up to the bout, while Paul will stick with the team that brought him to victory against Woodley's friend Ben Askren and NBA star Nate Robinson.

The YouTube star is currently in Dorado, Puerto Rico with coach BJ Flores and teammate J'Leon Love preparing for his fourth pro fight.