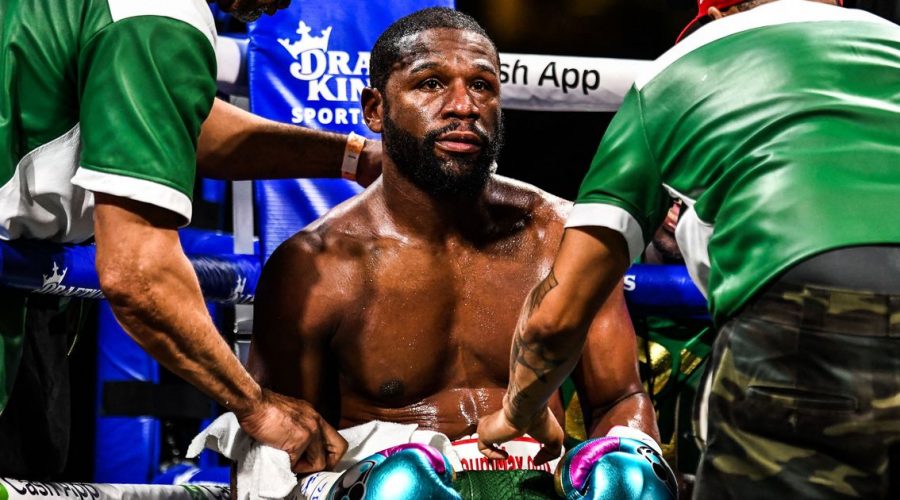 Floyd Mayweather’s uncle has claimed that his nephew “wanted to knock out” Logan Paul but was simply unable to.

Mayweather clashed with social media sensation Paul on June 6 at the Hard Rock Stadium in Miami. While the former Olympian was expected to knockout Paul without breaking much of a sweat, the contest went the full eight rounds.

Due to the bout’s unique ruleset, no winner was declared and while some suggested Mayweather wasn’t trying at all and could’ve ended the fight whenever he wanted, others argued Paul had claimed the moral victory.

In a recent interview on The Champ and The Chump podcast, Floyd’s uncle, Jeff, had his say on the fight, claiming that his nephew wanted to knockout the social media star, but simply didn’t have it in him to do so.

“I think he wanted to knock him out, of course, but he couldn’t,” Jeff Mayweather said on The Champ and The Chump podcast. "The guy was too big.

"He did so much holding and you know was strong enough to take those shots, and as soon as he got hit, he locked up, so that made the fight a little ugly.

“I thought what happened could have happened because nobody else was thinking that the age, 44, was gonna show up,” he continued.

"Plus, Logan Paul had Floyd about 6 inches in height, probably about 40 lbs in weight.

Would you like to see Floyd Mayweather box again? Let us know in the comments section below.

"And he still an athlete, he was a wrestler, so I mean, don’t get me wrong and also he did a lot of holding – a whole lot.

“All of that played a part. I think the biggest part is that people have the tendency to forget that Floyd’s not superman. He’s still an athlete, but he’s not the same one that you see now.

"He’s 44 years old, he still did great for entertainment but I think a lot of people were disappointed because everyone thought there was going to be a knockout.”

Despite the disappointing outcome of the fight, Mayweather still pocketed an enormous amount of money from the event.

Speaking at a recent press conference, Mayweather told reporters “I’m the only person you know that could do a fake fight and get 100 M’s.

“I could do legalised sparring and get 100 M's.

“Am I the best bank robber?” he then asked Mayweather Promotions CEO, Leonard Ellerbe.

“Because I don't know nobody in sports that's my age and can still stack 'em up like that.”

Since the bout, Mayweather has stated he will never box professionally again. Despite calls for him to retire from boxing altogether, the former welterweight king did not rule out the possibility of another exhibition bout somewhere down the line, provided the price is right.