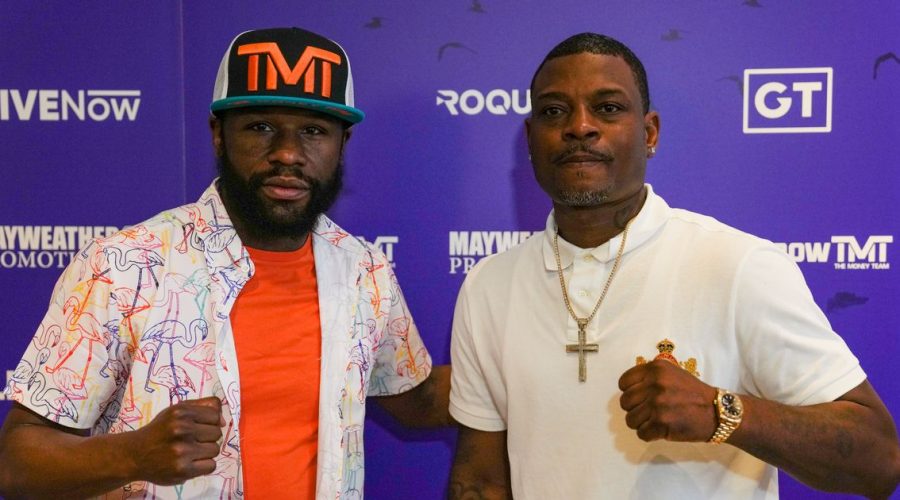 Mayweather announced last month that he would be boxing Moore in front of just 20 VIP fans on the helipad of the Burj Al Arab Hotel in a return to the ring.

Those plans have now been put on hold following the passing of the Sheikh, with the UAE ministry of presidential affairs announcing a three-day suspension of work and a 40-day mourning period.

The event was put together by the Global Titans Fight Series and dubbed The Showcase in the Skies of Dubai as headlined by Mayweather vs Moore.

The event was also due to include UFC icon Anderson Silva vs Bruno Machado, Delfine Persoon vs Elhem Mekhaled and Badou Jack vs Hany Atiyo.

Moore was undefeated from 19 bouts of his own professional career and began sparring Mayweather back in 2012. Mayweather had suggested before the bout that he would be earning up to £81million ($100m), telling Fight Hype: "Sixteen minutes and I am able to get eight and nine figures from the fruits of my labour.

"Once again I am not hurting for my money.

"I am far from hurting for money. I didn't retire from getting money."