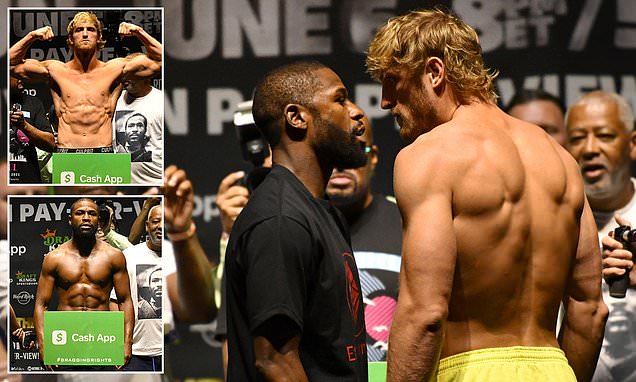 Logan Paul came in two stone heavier than Floyd Mayweather at Saturday’s weigh-in ahead of their eight-round exhibition bout on Sunday.

The undefeated Mayweather came in at 155lbs while Paul, who was set a limit of 190lbs, weighed in at 189.5lbs.

Mayweather has previously played down Paul’s weight and height advantage, with the YouTuber-turned boxer also six inches taller than his opponent. 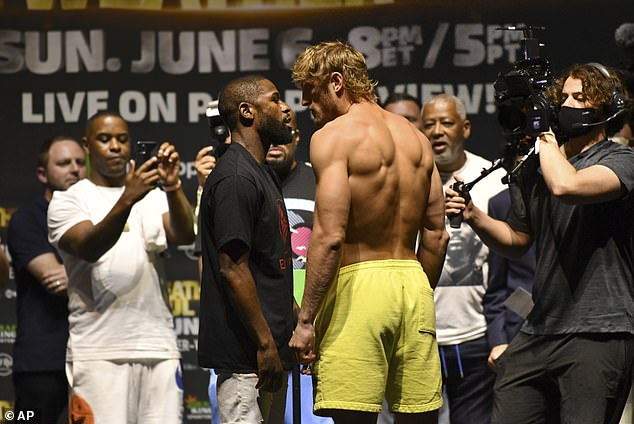 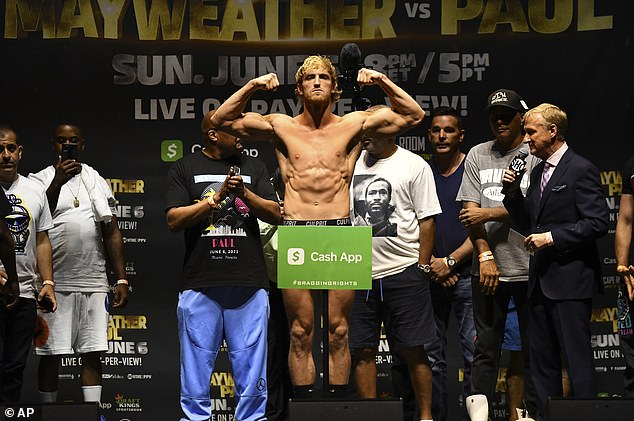 The former Youtube star came in at 189.5lbs after being set a limit of 190lbs for the fight

‘I was a professional for 25 years, I have seen every style, and always come out on top,’ Mayweather told Sky Sports.

‘So I don’t worry about weight, height.’

Mayweather, 44, is 18 years older than Paul, who lost his only professional outing to fellow YouTuber KSI in 2019. 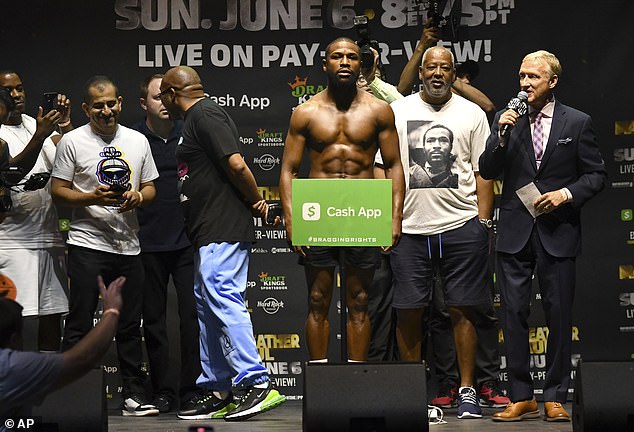 The fight was initially scheduled to take place in February, but it was pushed back due to the coronavirus restrictions in place at the time.

Mayweather has repeatedly insisted the bout is merely ‘entertainment’, but animosity is now running high after a heated clash at the pre-fight press conference with Paul’s brother Jake, who is set to fight UFC star Tyron Woodley in his fourth professional fight in August.

The younger Paul brother grabbed Mayweather’s hat before they started brawling. Mayweather has also described the event, which will take place in Miami, as a ‘legalised bank robery’.

‘My nickname is Money for a reason,’ he said on the ‘Inside Mayweather vs Paul’ show.

‘I worked extremely hard for years and years to get to a certain level. A level where we can start calling everything an event. I believe in working smarter, not harder.

‘So if it’s something easy like [the Paul fight], a legalised bank robbery, I gotta do it. I have to do it.’ 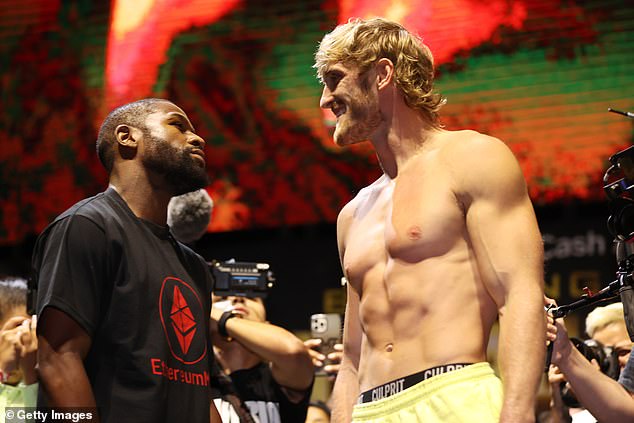 There will be no official winner but there can be a knockout, which will be determined by the referee

The rules for Sunday night’s exhibition clash have caused some unrest among the fans, with the Florida State Boxing Commission confirming no official winner will be declared.

There will be no judges, but there can be a knockout – which will be determined by the referee.

That eventuality will be aided by the fact neither men will wear head guards, while they have agreed to reduce the proposed 12oz gloves to 10 ounces.

Should it go the distance, the fight will last eight three-minute rounds.