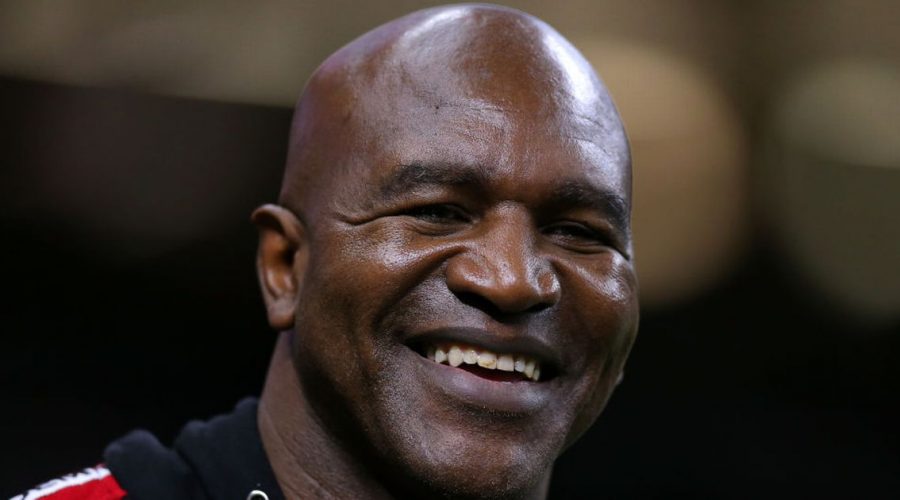 Evander Holyfield is in the ring again and Donald Trump is commentating on it.

Oh and David Haye is fighting his mate on the undercard. Allegedly for millions.

No, it's not April 1. It's just another farcical day in the world of boxing.

It was sad to watch a 58-year-old Holyfield slowly shadow boxing this week at a supposed media workout in Florida.

But the anger comes when you realise that many people have facilitated the former great fighting again.

Anyone who is taking a pay cheque from being involved in the event should be ashamed and should think twice when they say they care about the sport.

While those who pay for this to encourage more such events are not real boxing fans. Go to the circus if you want to see a freak show.

This is supposed to be a sport. At times, it feels very far from it.

There are many problems in boxing, too many to list.

But the sight of Holyfield shuffling slowly around the ring this week was despairing.

The former world cruiserweight and heavyweight champion will take on a MMA fighter in Vitor Belfort this weekend in Florida.

Just over a week ago, The Real Deal wasn't even involved. It was Oscar De La Hoya against the 44-year-old Brazilian in California until he contracted Covid-19.

But even the California State Athletic Commission, who had somehow approved De La Hoya to return at 48, couldn't stomach this.

So what did promoter Triller do? Realise they were out of order for suggesting Holyfield should fight again a decade on from an ugly comeback that was also ill-advised?

Nope, of course not. They took their big top tent across the US and pitched up in Florida, where they found a greedy commission ready to grant the shambolic event a licence.

Not long ago Triller, led by Ryan Kavanaugh, were hailed by some for being a new mover in the sport after they grossly overpaid for lightweight king Teofimo Lopez to take on George Kambosos.

They won a purse bid for that fight at more than £4.3m and claimed they're serious about boxing but why this nonsense then? They don't care about the sport if they're prepared to put this on.

Exhibitions are one thing. Mike Tyson against Roy Jones Jnr, which took place last year, was sorrowful and Floyd Mayweather against Logan Paul (which was not a Triller event) was a pantomime.

This weekend is bordering on criminal.

It was 2004, when Holyfield was 42, that the New York State Athletic Commission barred him from fighting in their jurisdiction again because of "poor performance and diminished skills".

He found others to give him a licence him and even fought for versions of the world title twice before the madness seemingly stopped in 2011.

If you said that the pair would share a card together 13 years later, you'd have been told to go see a doctor very quickly and to stop taking whatever substance you're abusing.

It is truly idiotic and downright dangerous. So maybe having Trump as commentator is fitting, considering those words could be used to describe the former US President.

September 10, 2021 Boxing Comments Off on Evander Holyfield return is another circus act but this is seriously dangerous
NFL News