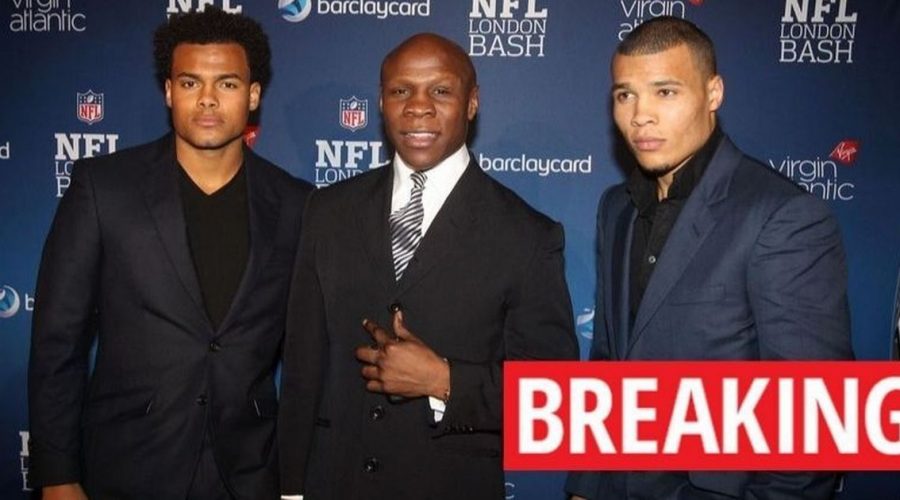 Chris Eubank has paid an emotional tribute to late son Sebastian after laying him to rest in Dubai following his tragic death last week.

Sebastian, who was the third eldest of the boxing legend's five children, is said to have drowned off a beach in the UAE city while out swimming.

The 29-year-old lived there with his wife Salma and their newborn son Raheem while carrying out work as a personal trainer.

On Saturday his family laid him to rest at a service in Dubai, and his father insisted they are "overwhelmed and profoundly grateful for the love and support we continue to receive".

He also said that Sebastian, who enjoyed two successful outings in his own professional boxing career, "left a legacy that his son will be proud of".

The former two-weight world champion said on behalf of his family: "We have said goodbye to a loving son, brother, father and devoted husband Sebastian Eubank.

"He was laid to rest in Dubai after dying from a heart attack on the beach he loved so much.

"We are overwhelmed and profoundly grateful for the love and support we continue to receive. We all take strength that Sebastian left a legacy that his son will be proud of.

"My family and I would like to thank the Dubai Police again for making the burial a swift and smooth process during such an unbearable day."

Sebastian was the fourth member of the Eubank family to lace up the gloves, following elder brother Chris Jr – who currently holds the WBA interim middleweight title – cousin Harlem and half-brother Nathanel Wilson into boxing.

His father, widely considered one of the best British fighters in recent history, held the WBO middleweight and super-middleweight titles while carving out his iconic legacy.

Eubank paid an earlier tribute to Sebastian, who was one of four children born from his first marriage to Karron, before laying him to rest in Dubai.

He said on July 9: "Never did I ever imagine I would write these words or experience the feeling I now have at the loss of my son.

"My family and I are devastated to hear of the death of Sebastian just days before what would have been his 30th birthday.

"He leaves his wife Salma, his son Raheem born just a month ago, his mother Karron Meadows, brothers Nathanael, Chris Jr, Joseph, one sister Emily and countless relatives and friends.

"Sebastian grew up in Hove in England but in the last few years made his life in Dubai where he had a wide circle of friends and was a leader in the adoption of a healthy lifestyle and of alternative therapies.

"As well as being a personal trainer and professional boxer, Sebastian was also a deep thinker who liked to challenge accepted wisdom. He was loved and respected by all who knew him and will be forever in the thoughts of friends and family."

July 17, 2021 Boxing Comments Off on Eubank pays touching tribute to son Sebastian after laying him to rest in Dubai
NFL News