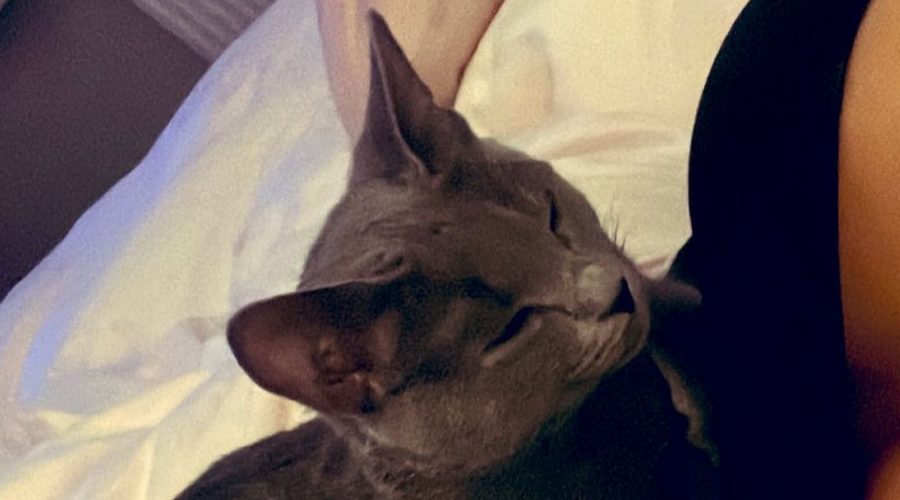 Ebanie Bridges has posted a heart-warming series of snaps of her pet cat Gracie while she recovers from illness – and fans have been amused by the feline's favourite spot.

The Russian Blue breed has taken up a spot on the chest of the IBF bantamweight champion just below what she has called her "good t**s" in the past, with Bridges feeling under the weather since returning from the Canelo Alvarez vs Gennadiy Golovkin trilogy bout in Las Vegas.

Bridges tweeted: "Shout out to my kitty Gracie honestly love her so much, she’s literally not left my side the last 3 days as I’ve been so ill. Not sure what I’d do without her."

To which one fan replied: "The first shot though."

The Blonde Bomber also wrote on Instagram alongside a snap of the Russian Blue cat explaining why her recently uploads have been of a similar nature.

Who would be your dream opponent for Ebanie Bridges? Tell us in the comments section below.

She wrote: "I know I've been bloody my story with pics but I'm actually unwell and been bed ridden since I returned from Vegas so it's just all I got for yas.

Adding: "On the mend tho. Cos Gracie is looking after me."

The illness comes as Bridges' first defence of her IBF title was announced to be taking place against her bitter Australian rival Shannon O'Connell.

After Matchroom won the purse bid to put the fight on later this year, a war of words between the pair has escalated with Bridges saying O'Connell is trying to be like her.

After being sent side-by-side images of herself and veteran O'Connell, Bridges wrote on Twitter: "God not sure if I should be insulted or not."

Adding: "Tbf she really is obsessed with me lately, she even went and got implants and a leg sleeve… maybe in her head so much subconsciously she trying to be like me."

September 21, 2022 Boxing Comments Off on Ebanie Bridges’ kitty has the best view as boxing star recovers from illness
NFL News