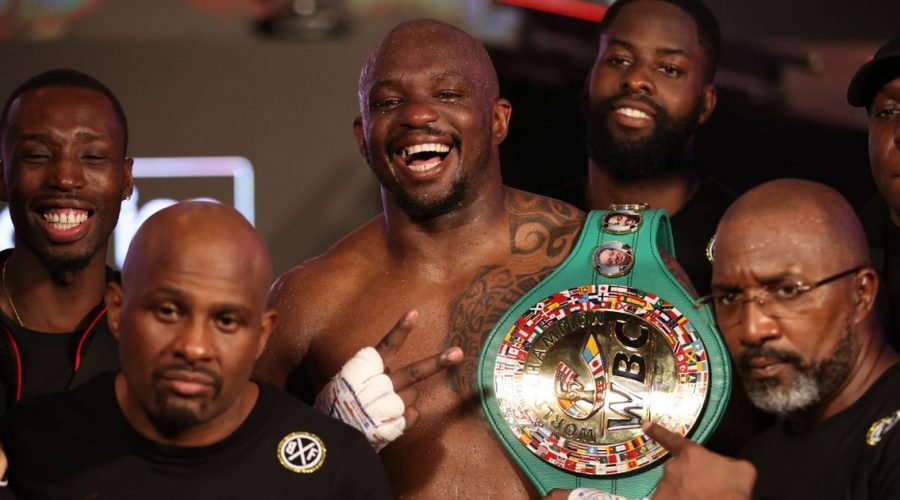 Heavyweight Dillian Whyte is set to face undefeated American Jermaine Franklin after Andy Ruiz's lawyer confirmed that a fight against his client will not take place.

The 'Body Snatcher' defeated Alexander Povetkin in a rematch last March, and has now reignited his bid to become world champion, but could first look to America to expand his profile and put himself in position for a challenge at the WBA heavyweight title.

But it now looks unlikely that the 33-year-old will face Ruiz after his attorney David A Garcia denied any negotiations had taken place in recent weeks.

"No, we are not holding talks regarding a potential fight with Dillian Whyte," Garcia told Sky Sports.

"Although I believe that Andy would welcome the opportunity to fight Mr. Whyte one day."

The top ten heavyweight contender is likely to instead take on undefeated Franklin who has won all of his 20 professional outings during his career and who believes he could pose a real problem to the Jamaican-born heavyweight in a potential bout.

"It's the punches that he leaves himself open for, that's why he has the two defeats by knockout," Franklin revealed.

"Alexander Povetkin caught him with an uppercut. We know that's a real hard punch to be able to take from a puncher.

"I don't want to say he has a glass chin, because he took some shots, but if you can catch him at the right time, at the right moments though, you will have a great effect on him."

With a WBC world title shot no doubt on the back of his mind, Whyte may also be looking to settle a grudge with Deontay Wilder later in the year, after the 'Bronze Bomber' takes on WBC heavyweight world champion Tyson Fury in October.

Whyte has also recently been feuds with the likes of Charles Martin and UFC superstar Francis Ngannou who he has previously criticised for 'running' from a cage fight.

He has also recently been embroiled in a war of words who currently holds the WBC belt Fury, delivering his clear verdict on his withdrawal from the most recent Wilder fight.

'Tyson Fury is a w****r and a disgrace to British boxing if he has caught Covid-19 and gone around Las Vegas mixing with fans after cancelling the Deontay Wilder fight," Whyte told The Sun.

'He talks s**t because when you have Covid-19 you are sick and you have to quarantine and instead he is walking around smiling, mixing and taking photos with people.

"Either he has got it or he hasn't – they said his mate and sparring partner Joseph Parker had it and the next minute he's out at a UFC fight denying it."

Whyte has also offered to fight Fury 'in a cage' having been a former kickboxing champion in addition to an extensive background in professional MMA.

Another British heavyweight contender Joe Joyce is competing to try and fight his way into a world title shot, and has promised to draw himself another canvas should he manage to get a shot against the winner of Anthony Joshua's contest with Oleksandr Usyk.