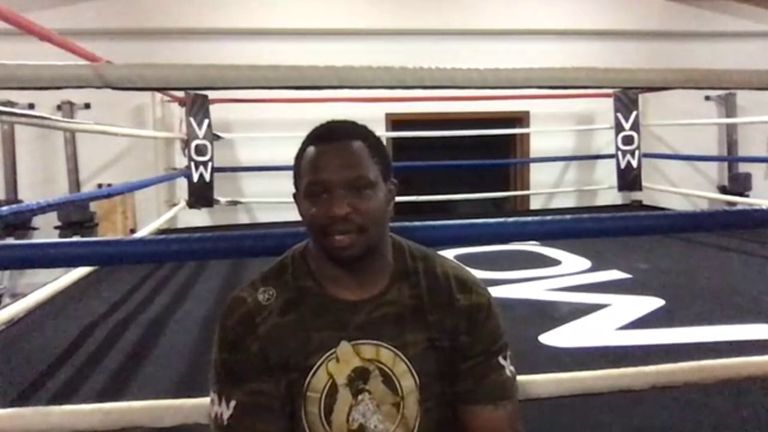 The Brixton man was unable to agree terms for a Wembley fight with Joshua last June, insisting that the world champion had already decided to make his US debut against Jarrell Miller, the New Yorker who then failed a drug test and was replaced by Andy Ruiz Jr.

Joshua regained his titles in a rematch win over Ruiz Jr in December, while Whyte is waiting for a WBC mandatory title shot in February 2021, and the south Londoner believes they can finally share the ring again, if the unified champion genuinely wants the fight.

“I’ve been saying I want the rematch since the fight,” said Whyte, who defeated Joshua in the amateurs before a professional loss in 2015.

“I know they were going to fight Miller in June, in America, which I said months before the fight.

“They came to me and tried to kid me. You guys gave Miller 20 weeks, why are you trying to give me seven weeks, because they wasn’t serious about the fight.

“Just using me as a scapegoat, pretending they wanted to make the fight. If he wants to fight, I’m here, he knows where I’m at. They know where my value is, I know the game inside out. If they want the fight, we can make the fight happen. Whyte is due to fight Alexander Povetkin in Manchester on May 2, live on Sky Sports Box Office, and is maintaining a gruelling conditioning programme, despite the uncertainty caused by the ongoing coronavirus pandemic.

“It is very hard and very challenging, because obviously you have to take it in good spirit,” said Whyte. “I’m a big guy. Training and running, and sparring takes a lot of me.