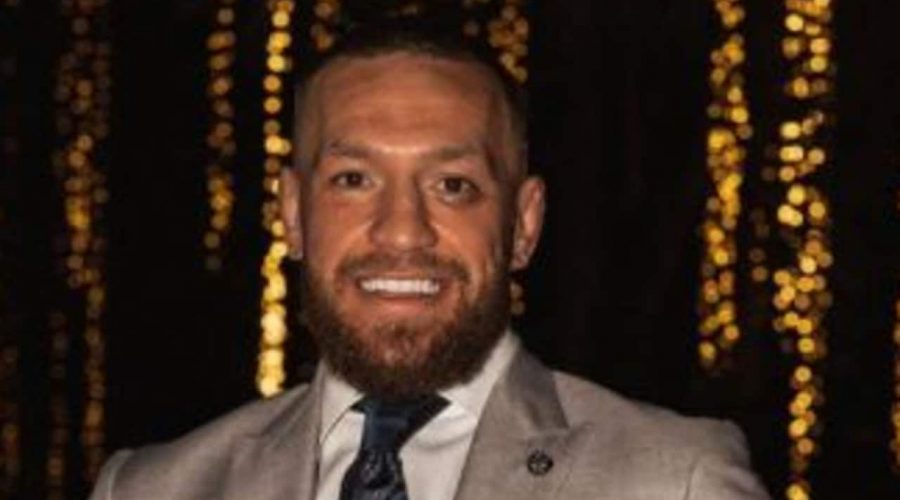 In a photo posted to Instagram on Monday (AEST), the MMA star was wearing a tailored shark skin suit.

However, some of McGregor’s eagle-eyed Instagram followers noticed a small detail that had them concerned.

The 32-year-old was sporting a shiner under his left eye.

It’s unclear how McGregor got the black eye, but his fans were quick to speculate it was sustained in a sparring incident.

“My boy got rocked in sparring," one follower commented.

“Who gave you that black eye king?” another person said, along with a crying emoji.

McGregor has been training for his upcoming trilogy fight with Dustin Poirier on 10 July in Las Vegas.

Conor McGregor likely picked up a nasty black eye while sparring ahead of his fight with Dustin Poirier.Source:Instagram

The Irishman won their first bout back in 2014 but lost to Poirier in their rematch in January in Dubai, where he was knocked out for the first time in his MMA career.

He has stayed in Dubai for six months after the fight to serve his six-month medical suspension following the knockout.

“If you put in the time in here, you feel cosy in here, and that’s it. I have to dust this one off and come back and that’s what I’m going to do,” McGregor said after the defeat earlier this year.

“You don’t get away with being inactive in this business.

“It’s a tough one to swallow.”

McGregor will get the chance to prove the black eye was worth it when he and Poirier go head to head in UFC 264 in just a few weeks’ time.

The third act in the McGregor-Poirier trilogy will be the first MMA event to be held in Las Vegas with a full capacity crowd since the Covid-19 pandemic began back in March last year.