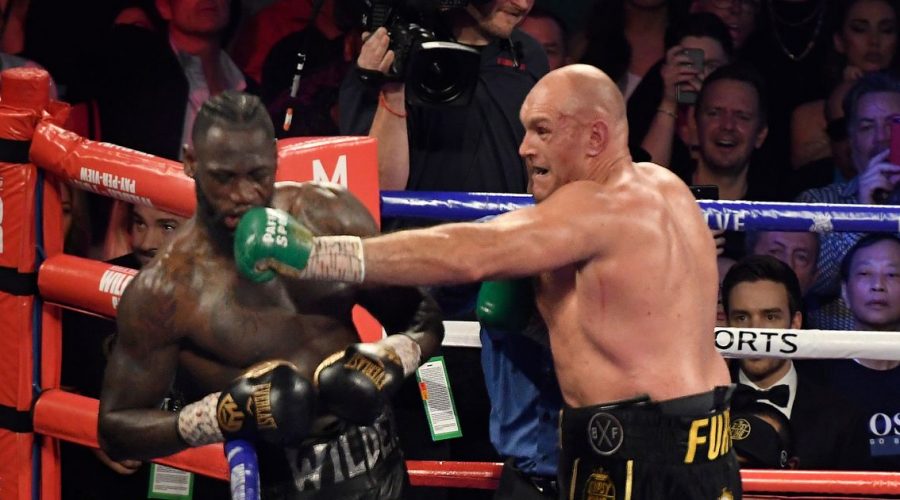 Boxing promoter Lou DiBella believes Deontay Wilder's career is on the line when he faces Tyson Fury later this month.

The pair will go head-to-head in their upcoming trilogy fight in Las Vegas, with Fury the favourite to come out on top.

A twelve round split draw was the outcome when the two first fought in December 2018, meanwhile Fury was the comfortable winner in their second bout in February 2020.

Should Fury taste success in the ring for a second time, Wilder's ex-promoter Dibella says it could leave the 35-year-old in an extremely uncomfortable position.

“Look, his career is on the line, and he knows it. I mean, if he gets smoked again by Fury, where does he go? He’s no longer among the elite in the heavyweight division," DiBella told Secondsout.

“So whatever he wants to do right now to carry him into the fight with the greatest confidence and personal peace is probably what he should be doing."

To have any chance of posing a significant threat to the Gypsy King, Dibella added that Wilder will need to devise a game plan that focuses on delivering a knockout blow.

Fury remains undefeated as a professional boxer and DiBella is adamant that it will take something special for Wilder to get the better of him.

“I think his strength is his best hope. He’s not outboxing Tyson Fury. He’s not. And he’s either knocking him out or beating him up. It’s virtually impossible to see him outboxing him, so physical strength is probably an important component for him," said the 61-year-old.

Who do you think will come out on top between Fury and Wilder? Comment below.

“If he’s to win the fight by knockout if his puncher’s chance is to come through, his head has to be in the right place. So if part of this [training] stuff that looks weird by [trainer] Malik [Scott] and the people around him to get his head in the right space, then it’s probably smart."

Despite being under pressure to produce a performance, the Bronze Bomber is backing himself to cause an upset later this month.

Speaking ahead of his fight with Fury, Wilder told Sky Sports : "Not only is Fury in for a shock, but the whole world is.

"I'm looking forward to July 24, to show the greatness of me."

July 6, 2021 Boxing Comments Off on Deontay Wilder warned his career is on the line in trilogy fight with Tyson Fury
NFL News