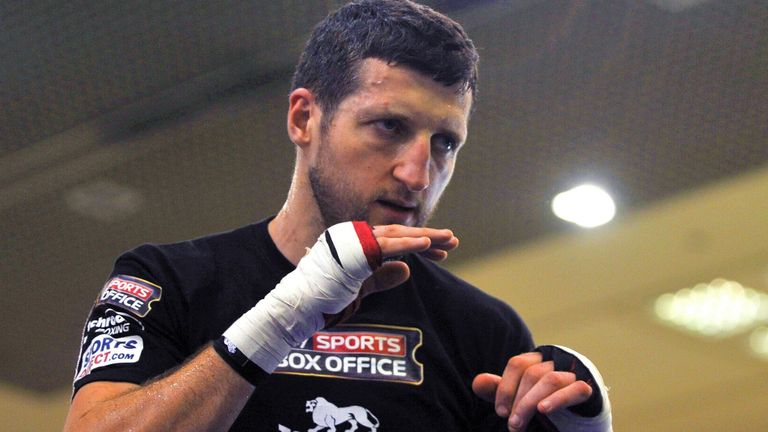 Eubank Jr makes his long-awaited return to Britain on Saturday’s Chisora vs Parker bill, live on Sky Sports Box Office, as he battles Marcus Morrison at the AO Arena in Manchester.

Back in 2014, Froch shared explosive sparring sessions with Eubank Jr, who was then 24 years old, and the Sky Sports expert has revealed what happened when they stepped between the ropes…

“Eubank Jr wasn’t that engaging with everyone, but you’re not when you’re in there to spar and do business,” Froch told Sky Sports.

“He wasn’t rude or ignorant or arrogant. He came across like a real nice kid, a polite young man. That is how I found him. That is probably the first time I had met him. Respectful and polite.

“You then put your boxing gloves on and get in the ring and spar. He was a very tough kid, believes in himself, no fear. He’s decent, a good fighter.

“I could tell that he wasn’t a polished professional at that stage, because he hadn’t had a big amateur career. Some of the stuff he was doing was quite crude, but his toughness and his fitness and work-rate were really good.

“He gave me really good sparring. He was smaller than me and lighter, but he soaked it up, he punched back, he was confident. He always had a go. Very impressed with him.

“I was landing flush shots, but I was getting hit with flush shots as well. He’s quick and he’s tough, and he keeps coming forward.

“I’ve been in there with top fighters, so when you spar someone, you know. 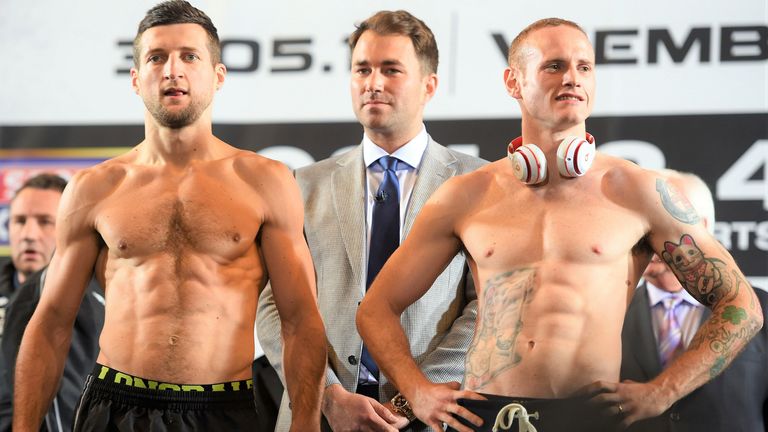 Froch was preparing for a rematch against bitter rival George Groves and would practise his aggressive tactics against Eubank Jr.

“You have to have fire, grit, determination, even at a young age, sparring a world champion,” Eubank Jr told Sky Sports.

“I relish opportunities to fight guys who are true fighters. I want to test myself. I want to be in the ring with the baddest men.

"I HAVE THE STYLE TO STOP GOLOVKIN!"💪@ChrisEubankJr says he wants to face @GGGBoxing this year… and will be the first man to KO him!💥😲

“Steel sharpens steel. In the ring with Froch at that young age? If I get through that, these guys won’t be able to touch me.

“I shouldn’t have been able to compete with a guy of his level at my young age, at the time. So to do what I did? It was a huge confidence boost and solidified the belief I had in myself that I can do this.

“It was a great learning experience.”