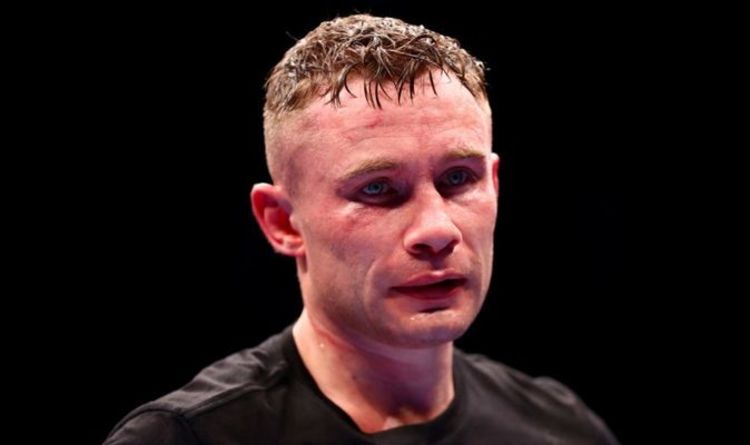 Carl Frampton has annouced his retirement from boxing after defeat to Jamel Herring in Dubai on Saturday night. The Jackal was hoping to become a three-weight world champion but was overwhelmed by the American, eventually being stopped in the sixth round.

Herring, who was competing in the third defence of his WBO super-featherweight title, dropped Frampton in the fifth, before a stinging uppercut one round later sent the Belfast-born fighter to the canvas.

Frampton would get back on his feet, but under a flurry of constant pressure, with little coming the other way, his corner threw in the towel.

The 34-year-old had hinted going into the bout, that should he lose, he would end his illustrious career and followed through with that promise in an emotional post-fight interview.

“I said before I would retire if I lost this fight and that’s exactly what I’m going to do,” he explained.

JUST IN: Amir Khan ‘might consider’ stunning move into politics 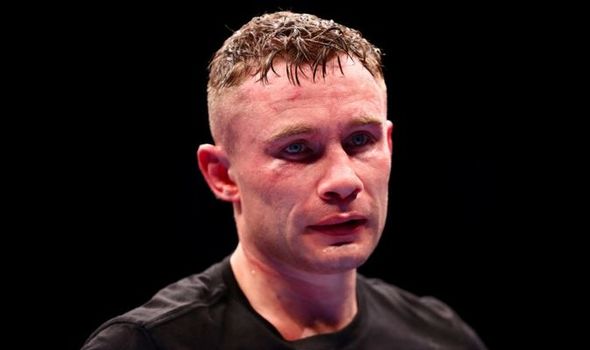 “I just want to dedicate my life to my family now. Boxing has been good to me, it’s also been bad to me.

“The last few years with these boys [trainers Jamie Moore and Nigel Travis], have been the best of my career.

“I just want to go home to my beautiful wife and kids and that’s it.”

Herring was full of praise for his opponent, labelling him as one of his favourite fighters. 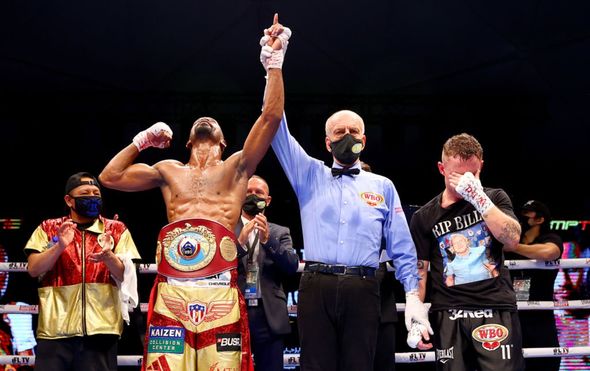 “He [Frampton] is honestly one of my favourite fighters. I’m honoured to be able to share the ring with him. He’s a two-divisional world champion.

“He’s done great things for the sport of boxing and it was just an honour.”

Defeat draws the curtain on a stunning, 12-year professional career that has seen him compete in a number of a memorable bouts.

He would won his first world title back in 2014, when in front of 16,000 passionate home fans in Belfast, he beat Kiko Martinez to win the IBF super-bantamweight title. 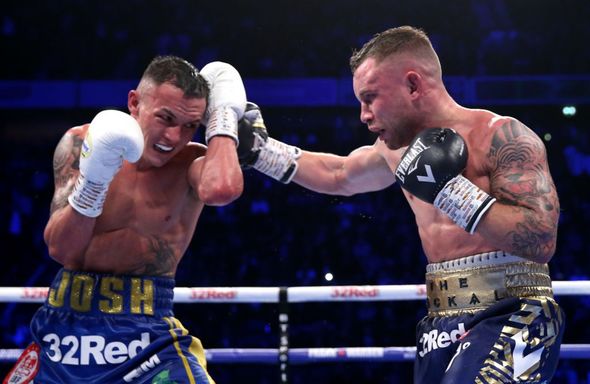 After wins over Chris Avalos, Alejandro Gonzalez Jr and Scott Quigg, the last of which took place in front of a sell-out Manchester crowd, Frampton would move up a weight.

Competing at super featherweight, the Jackal faced Leo Santa Cruz in New York City, in a fight that has gone down history.

In a brilliant back and forth encounter, the Northern Irishman became a two-weight world champions after winning a majority of decision.

However, he would lose a rematch via the same method and would never win another title.

In December 2018, Frampton was involved in his final domestic dust-up, when he and Josh Warrington were involved in yet another fight of the year contender.

The Englishman would came out on top, winning by a unanimous points decision. Frampton hinted he could retire after that bout, but will do so now, with a record of 28 wins from 31 fights and three defeats.