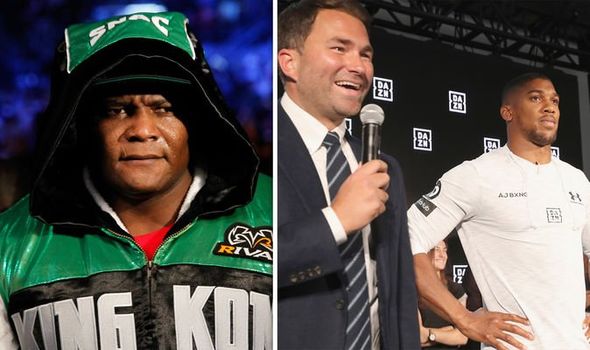 The veteran heavyweight entered the frame to face Anthony Joshua last week following the cancellation of AJ’s June 1 showdown with Jarrell Miller, which was scrapped due to the American failing a trio of drug tests.

Team Joshua reached out to Ortiz’s representatives soon after Miller’s withdrawal and are understood to have engaged in positive talks.

However, on Wednesday morning, the Cuban’s team issued a statement on Instagram claiming the fight wouldn’t go ahead due to ‘Hearn’s low ball offers’.

It’s been reported Ortiz wanted £7.75m ($10million) to replace Miller and was only offered a £3.8million ($5million) purse to save Joshua’s American debut.

Ortiz’s alleged demands were put to Hearn during a media event in Los Angeles on Wednesday night and were vehemently denied by the Matchroom Boxing chief.

“All three of those statements are wrong,” said Hearn. “You were wrong with what Jarrell Miller was getting – not you.

He later added: “Ortiz was offered a lot more than that, what you just said.” 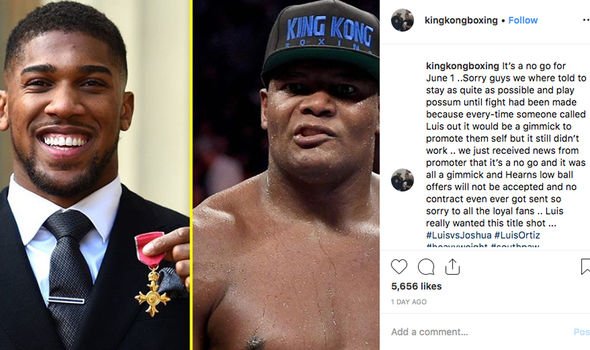 Next week, when everything is said and done, I will expose Team Ortiz in triumphant fashion

Team Ortiz’s claim they were offered peanuts for the fight has greatly irked Hearn, who has vowed to reveal the truth of their negotiations after Joshua’s new opponent has been announced.

He said: “Next week, when everything is said and done, I will expose Team Ortiz in triumphant fashion. 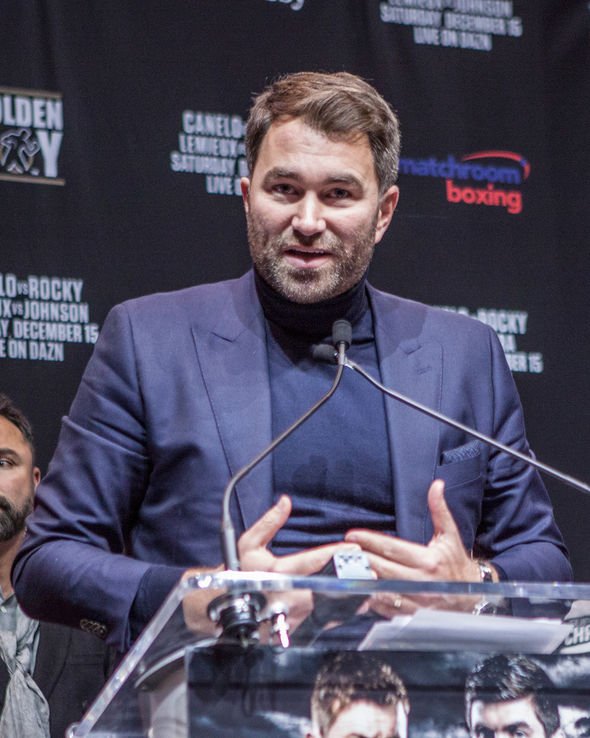 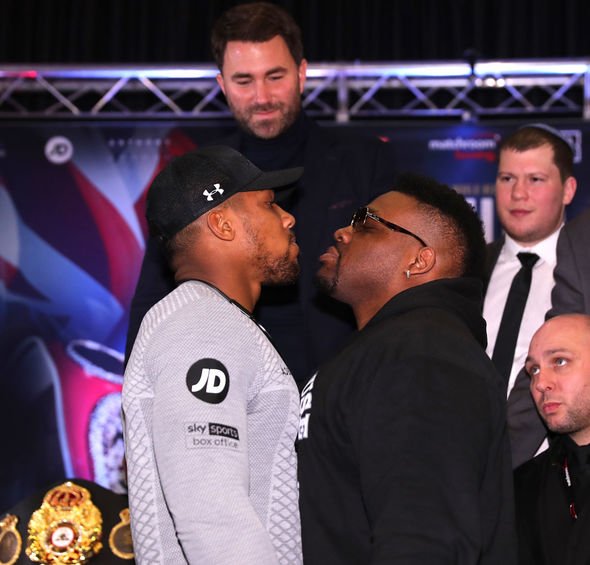 “But I’m not going to do it yet because I’m fed up about people lying about Anthony Joshua.

“Joshua is the one come out and said, ‘Yeah, I’ll fight Luis Ortiz.’ Even the trainer said, ‘Not being funny, but you’ve got four weeks of sparring, you’ve got eight spars. You’re going to switch up to a southpaw?’ And he went, ‘Yeah.’

“So we made the offer, two offers in fact. So when you compare that to what he made to fight [Deontay] Wilder. But I’m not going to go into that right now.

“I want to, so badly. But I’m going to wait until we announce the fight and then I’ll talk to you all next week in Vegas about exactly all the numbers and everything and what these people turned down.”