Bob Arum is predicting a shock upset in the heavyweight ranks, as the legendary boxing promotor is backing Kubrat Pulev to defeat WBA, WBO, IBF and IBO champion Anthony Joshua.

Joshua, 31, is set to take on IBF mandatory challenger Pulev on December 12, in what will be the Brit’s first fight in a year following his avenging of his sole defeat to Andy Ruiz Jr in 2019.

AJ is expected to overcome the Bulgarian and take a huge stride towards a mammoth unification bout with WBC champion Tyson Fury, who is set to fight a week earlier against an unannounced opponent. 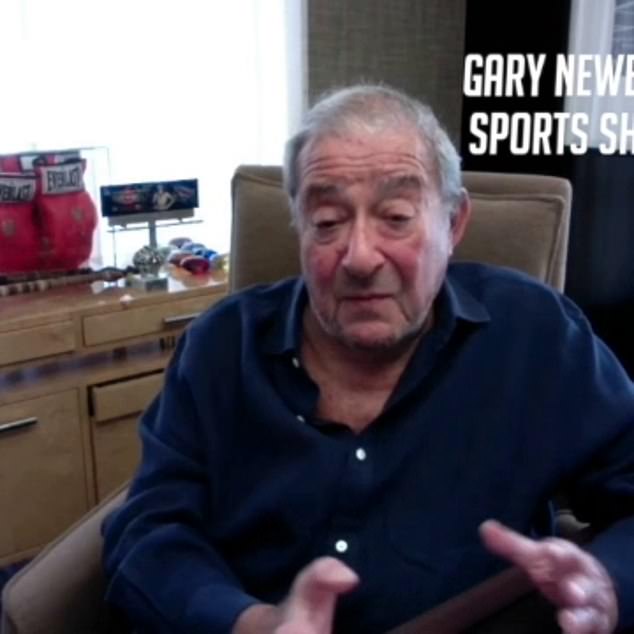 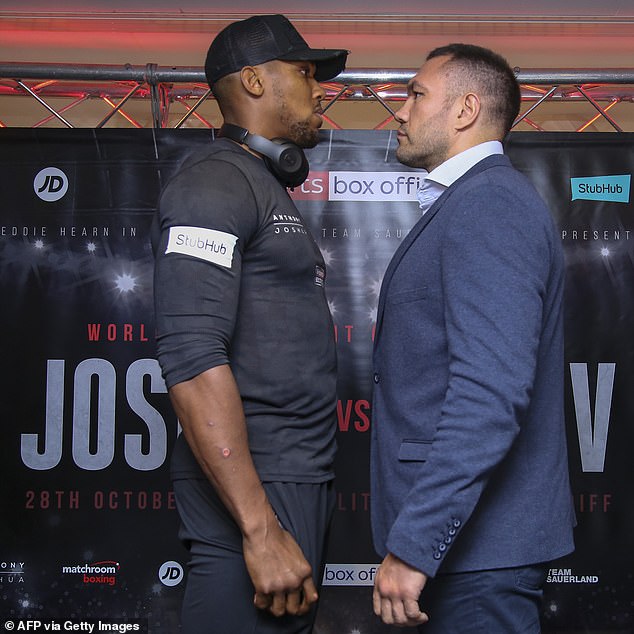 But Arum, who promotes both Pulev and Fury, has backed the former to earn a shock victory over the Brit, in what would send shockwaves through boxing.

‘I’m involved with everybody,’ he told the Gary Newbon Sports Show of his relationship with Pulev. ‘Including Eddie (Hearn). I said “don’t make plans so quick for a Fury Joshua fight because I think Pulev is going to beat Joshua.”

‘Let me explain my theory. Joshua got knocked out by Andy Ruiz, who is not a puncher, never been a puncher, and I know that because thirty odd fights that Ruiz had, we promoted.

‘He has quick hands, he’s not a bad heavyweight, but he’s not a puncher. He devastated Joshua and knocked him out. 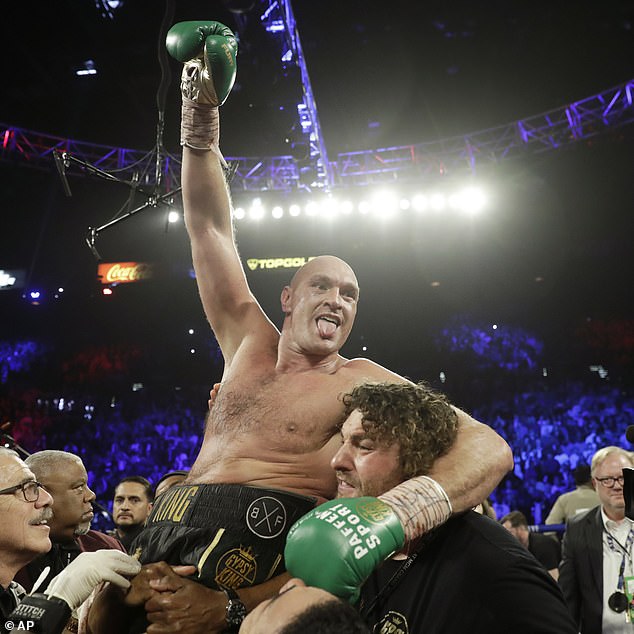 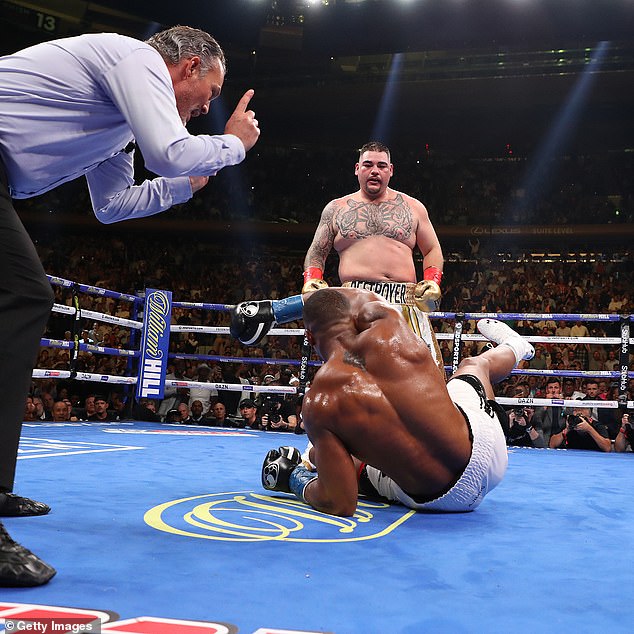 However, Arum believes AJ is still vulnerable after his defeat to Andy Ruiz Jr in June 2019

Then the second fight, what happened there? Joshua ran around the ring, Ruiz had celebrated so much and gotten so obese that he couldn’t catch him and that was the fight.

‘So I think Joshua is still vulnerable and Pulev is a real tough, rugged heavyweight.’

A win for Pulev would deal a heavy blow to the prospect of Fury taking on Joshua, and would be equally damaging for the earnings each fighter will make, which is expected to be lucrative. Arum, though, insists the all-British showdown would not be devalued.

‘No because if Pulev beats Joshua, Eddie, for various considerations, has Pulev sign a rematch provision,’ he said.

‘So I assume if Pulev beats Joshua, Joshua will elect the rematch provision and that would make a second Joshua Pulev fight and so Tyson would have to look for another opponent.’

Should all go to plan, Fury and Joshua will meet twice in 2021, with the pair agreeing to an initial bout and then a rematch. Arum revealed he is not in favour of rematch obligations, but says they will accept so as to get the deal over the line. 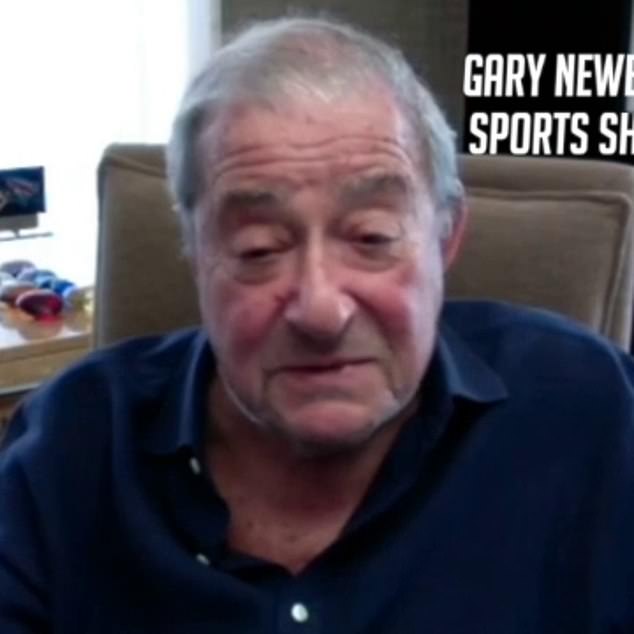 ‘When it was proposed to us on Fury’s side by Eddie, that’s what he proposed. A fight and a rematch.

‘I’m against rematches, I just think that for example if, as I believe, Joshua beats Pulev and Fury fights Joshua, I really believe that Fury will take Joshua out in two or three rounds, if that long.

‘And then so who wants to see a rematch? But if Eddie insists on that rematch provision to get the deal done, we would go along with it.’

The road to an AJ-Fury showdown looked a tricky one, with Fury expected to take on Deontay Wilder for a third time after the Bronze Bomber triggered a rematch clause in the wake of his humiliating defeat in February.

However, that clause his since expired, though Arum says a third fight with the former champion, who has sensationally claimed Fury cheated in both bouts, could happen in the future. 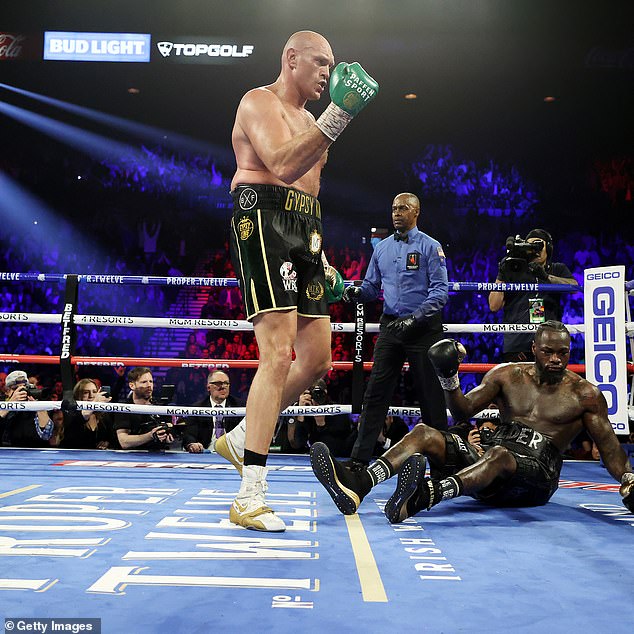 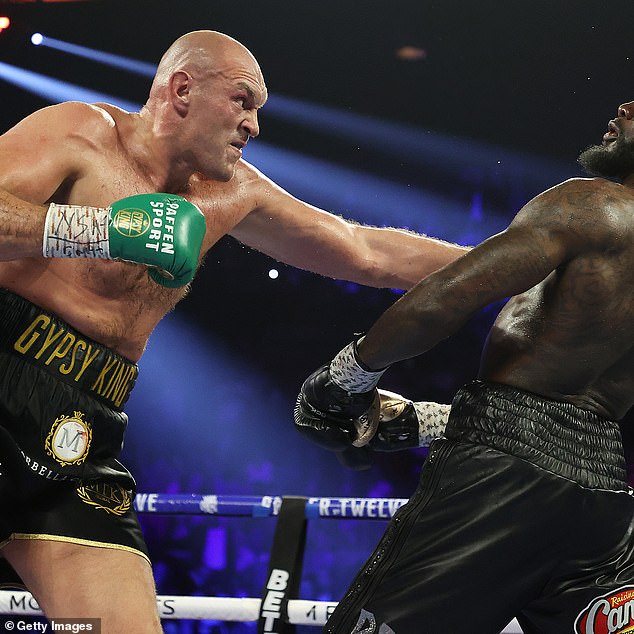 However, Arum said he is hesitant to work with Wilder after his recent sensational accusations

‘People say crazy things in boxing. Fury is out of a contract, doesn’t have to fight Wilder. That contract is over. If after the Anthony Joshua fights, if they occur, Fury wants to give Wilder a fight, that’s okay.

‘But again, who wants to deal with Wilder? A guy saying all of these things and then he follows up the next day saying that he also believes that somebody drugged his water and blames his trainer Mark Breland for doing it? I mean isn’t that preposterous?’

Arum has promoted the very best stars to grace boxing during his illustrious career, including Muhammad Ali. The 88-year-old believes that, while Ali is the superior boxer, Fury would have beaten the boxing icon.

‘I don’t know. Ali isn’t big enough to… I mean, we’re in an age where we have these humungously tall heavyweights who, like in Tyson Fury’s case, is a superb boxer. I mean, not Ali (level), but he’s a superb boxer.

The Gary Newbon Sports Show, with @Punching.TV, and in association with MailOnline Sport, will be streamed live every Thursday #GNSS.