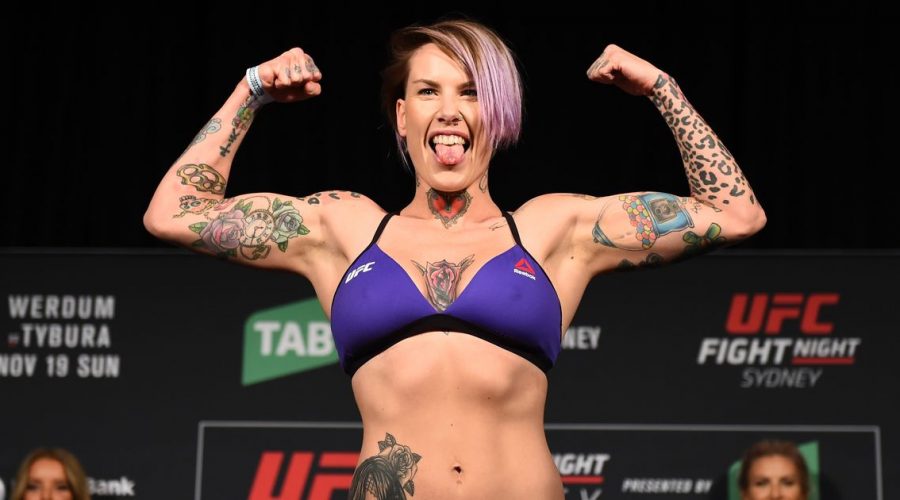 Ex-UFC star Bec Rodriguez is a mixed martial artist and bare-knuckle boxer who has not been afraid to take risks during her professional career.

The Aussie brawler, who was known as Bec Rawlings before her recent marriage to professional boxer Adrian Rodriguez, fought the likes of Paige VanZant and Jessica-Rose Clark before joining Bellator and has now rejoined Bare Knuckle Fighting Championship. She is now booked to fight Britain Hart on Friday (June 24).

As well as taking pride from her achievements inside the ring, including helping BKFC into the mainstream, she counts her decision to join adult content platform OnlyFans as another big risk that has paid off despite some having doubts over the career move.

"I’m not afraid to take risks,” she told MMAFighting ahead of her BKFC26 return in Hollywood.

"I think a lot of people were a little bit scared to jump over to OnlyFans out of fear of backlash.

Should more MMA stars join OnlyFans? Tell us in the comments section

"I pride myself on not giving a f*** what other people think. So I take the gamble and it’s paid off."

Rodriguez, who also spoke of her first BKFC stint that lasted between 2018 and 2019, talked openly about being one of the first fighters on OnlyFans.

That move has been followed by VanZant, among others, who now admits to being fully financially secure having created her own private content site.

Despite her success away from MMA and boxing, Rodriguez insists that she is still a fighter first as she looks to register a win in her first bout since beating Elina Kallionidou in Bellator back in 2020.

"It’s been two years since I fought. It’s been out of my control. It’s been really frustrating to be honest, cause I’ve been in and out of fight camp for about a year now. I’m ready to punch a b**** in the face."

June 23, 2022 Boxing Comments Off on BKFC and OnlyFans star takes pride in "not giving a f*** what people think"
NFL News