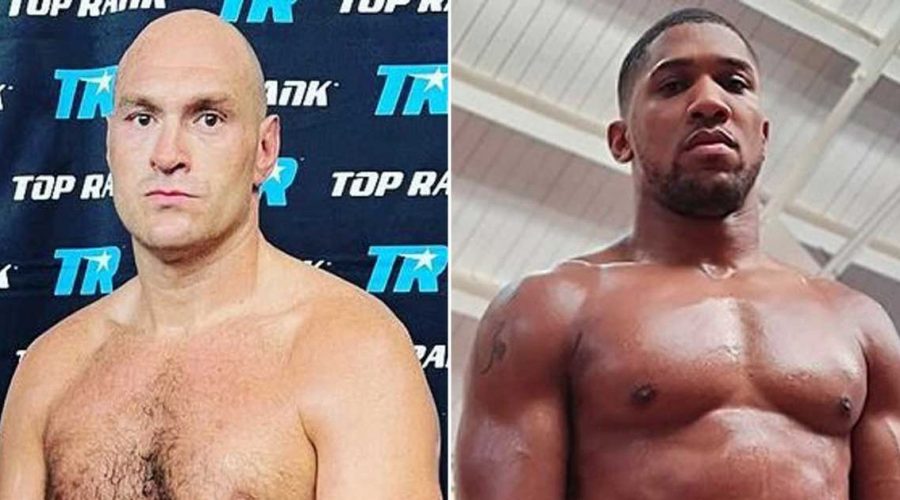 Anthony Joshua has told Tyson Fury he is ready whenever he wants to finally get their undisputed fight on – and he insists he will just be another of his victims.

The WBA, IBF and WBO heavyweight king responded to Fury claiming he wants back-to-back bouts with him but not until next year.

Fury, 33, has outlined a five-fight bucket list before he retires which includes a double with Joshua.

But the pair were a signature away from facing each other this summer until the Gypsy King was forced into a third fight with Deontay Wilder because of an arbitration ruling.

That left Joshua, 31, having to face WBO mandatory Oleksandr Usyk on September 25.

But the Watford warrior is ready for the all-British duel whenever his bitter rival is ready.

He said: “Finally, finally, another one for the resume!

“What an honour it would be to fight Tyson, get another great fighter on my record, beat him, and then we would move forward.

“But, we’ll get it on at some stage, we’re professional.

“We’ve known, I've had this for a long time with Fury, always having something in the background.

“It’s good to study your opponents and learn about them, so, yeah, we know his history.

“He pulled out of a couple of fights, it just happens. He’s someone who pulls out of fights. Even with the Wilder situation it happened again [Fury forced a delay to October because of Covid-19].

“Good luck to him and we’ll see him some time. Whenever he’s ready, we’ll be here waiting.”

Joshua was fuming when the fight with Fury fell through and let rip at him over it on social media at the time.

“I had to cancel all my bids on that mansion,” he joked.

“It would have been brilliant for boxing. It’s the fight everyone wants deep down.

“Belt, no belt, belts better, it would have been a brilliant fight to have at the time, but it didn’t matter.”

The clash will take place at a sold out Tottenham Hotspur Stadium with more than 60,000 fans roaring the Brit on.

It is arguably one of the toughest challenges he could face outside of Fury, despite Usyk being written off because he has come up from cruiserweight.

Joshua said: “Fury didn’t happen, but look where we are now, Joshua versus Usyk. It’s probably bigger or just as big as that fight.

“Even though it’s not Fury, it’s still a great fight.

“Even though it’s annoying, I’m glad I can still take on an opponent who makes me want to get up in the morning because I want to improve and get better.

“There’s a lot of talk about size, a good big guy beats a good little guy. If that’s the case why am I getting up in the morning to train? Why am I sitting in ice baths?

“Why am I passionate about it? Because I’m fighting a good guy.”