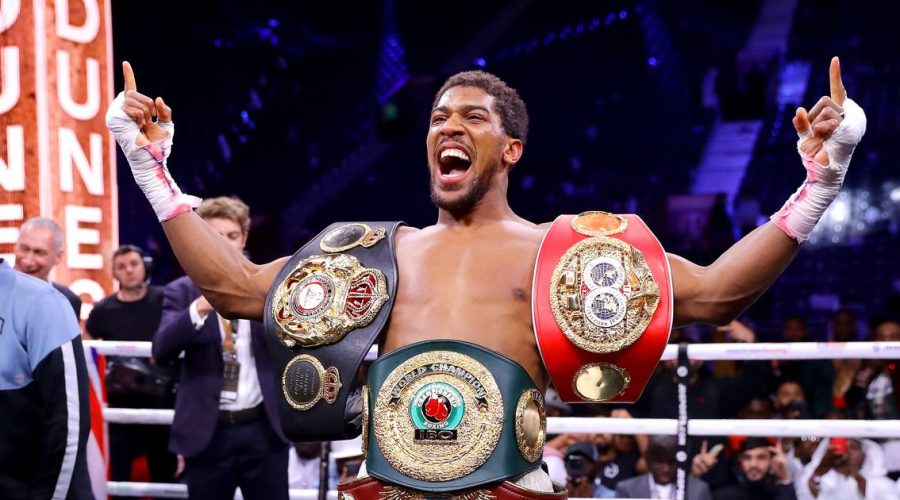 Anthony Joshua has named the five opponents he could face after his upcoming clash with Oleksandr Usyk, and the current unified heavyweight champion has some big names in his sights.

Earlier this year, Joshua had been expected to face fellow Brit Tyson Fury in a fight that was widely considered the biggest in British boxing history.

However, in the final stages of negotiations, an arbitration court ordered Fury to face American heavyweight Deontay Wilder instead.

Despite rumours that Joshua wanted to fight Dillian Whyte in a rematch, or Andy Ruiz Jr in a trilogy contest, it has now been confirmed that AJ is set to face the undefeated Ukrainian Usyk on September 25 at the Tottenham Hotspur Stadium.

After the bout was confirmed yesterday, Joshua was interviewed by Sky Sports and took a moment to name the five heavyweights he wants after Usyk.

"The most important fight for me is the next one but you have to have a vision of where you want to get to.

"I have to stay consistent and stay ready.

"Once I fight Usyk, who knows what will happen next?

Do you think Anthony Joshua will defeat Oleksandr Usyk in September? Let us know in the comments section below.

"I have to stay on track and ready for each fight, but have a long-term plan.

"It's about the belts, not the person. I don't mind who it is. I want to fight for legacy."

While clashes against Fury, Wilder, and the rest represent mouth-watering prospects, AJ should be careful to not look beyond the challenge that awaits him in September.

Usyk is considered by many to be one of the best pound-for-pound boxers in the world having previously defeated the likes of Tony Bellew, Derek Chisora, and Murat Gassiev.

Joshua will certainly still be the favourite going into the bout, following his solid last outing against Kubrat Pulev as well as his significant size and power advantage.

However, it goes without saying that Usyk is far from a mere stepping-stone towards an all-British unification bout with Tyson Fury, or a blockbuster bout with Wilder.

Anthony Joshua is set to face former cruiserweight king Oleksandr Usyk in a bout expected to take place on September 25 at the Tottenham Hotspur Stadium in London.

It will be Usyk’s third bout at heavyweight and Joshua’s WBA, IBF and WBO belts will all be on the line.

July 21, 2021 Boxing Comments Off on Anthony Joshua names five opponents he could face after Usyk including Wilder
NFL News