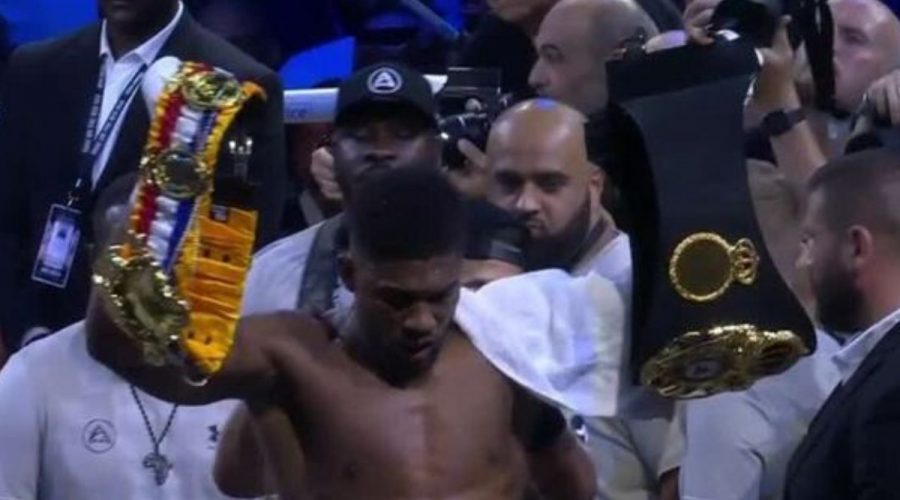 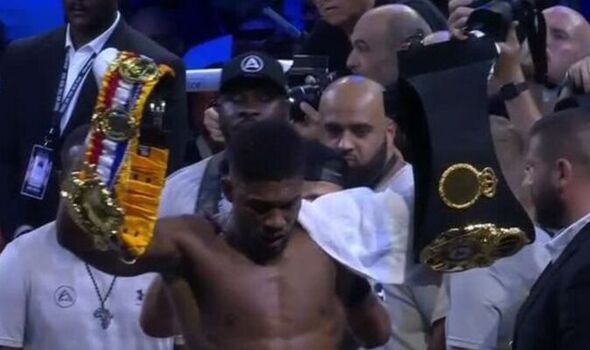 Anthony Joshua has been labelled a “fool” for the way he reacted in the aftermath of his points defeat to Oleksandr Usyk in Saudi Arabia after the two-time heavyweight champion was spotted throwing his opponent’s belts out of the ring. AJ’s antics have not gone down well with his opposite number Usyk, who feels like his rival tried to take the shine off another dominant victory.

While there is mutual respect between both fighters, the Ukrainian has decided to take aim at Joshua for throwing his toys out of the pram.

“I thought, ‘What a poor fool.’ He reminded me of a little boy who wanted to play with a ball, but it was taken from him, so he decided to throw it over the neighbour’s fence,” Usyk said.

Joshua cut an emotional figure once the dust had settled, even shedding a few tears during his post-fight press conference. 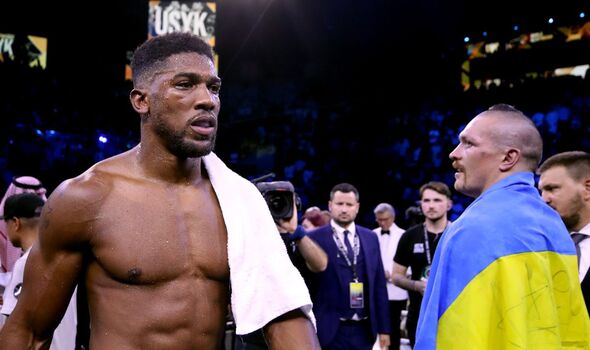 The 32-year-old pushed himself to his limits in an attempt to win back his belts but this time it wasn’t to be for AJ, who now looks set to face Tyson Fury at Cardiff on December 3.

Promoter Eddie Hearn knows Joshua arguably better than anyone as he detailed the reasons behind his fighter’s questionable behaviour.

“He’s held onto those belts for a long time, and those governing bodies have charged him a lot of money and put a lot of mandatories on him,” Hearn told iFL TV.

“And I think he’s lost a lot of faith in the system and I think he started to not be interested in fighting for belts anymore.

“I think he just wants to fight for enjoyment and to challenge himself.

“Of course he wanted to be undisputed, but a lot of that was frustration. He left the ring because he knew, ‘I’m gonna do something stupid’ and he forced himself, ‘I can’t [just leave]’.

“So he went back in the ring and he gave a speech, which, he was a little bit out of it. But it was just pure emotion. That was just from the heart.”

Meanwhile, Usyk is now angling for a fight with Deontay Wilder as the Bronze Bomber prepares to return to action against Robert Helenius next month.

The slick southpaw’s team had been in talks with Fury over a mouthwatering undisputed clash but Usyk was allegedly not prepared to fight again this year – instead pointing towards a 2023 bout.

Usyk has also declared that he only intends to carry on fighting for a maximum of three more bouts as he eyes an early retirement.

He has already set his sights on both WBC heavyweight champion Fury and pound-for-pound rival Canelo Alvarez in a bid to prove he is the best fighter on the planet.

Ideally, Usyk says he would like his final farewell fight to take place in Ukraine.