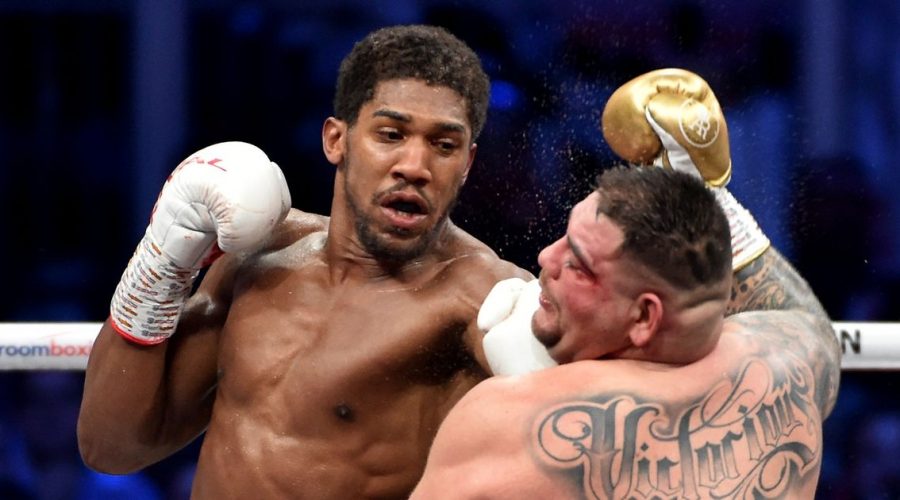 Anthony Joshua has claimed that he purposefully went the full 12 rounds in his rematch with Andy Ruiz Jr rather than knocking him out in order to "silence the critics".

Six months after Ruiz defeated Joshua in June 2019 in one of the biggest shocks in heavyweight boxing history, AJ got his revenge by easily beating the Mexican-American on a unanimous points decision in Saudi Arabia.

Other than that fight, the only other time Joshua has gone the distance was in his win against Joseph Parker in Cardiff in 2018.

But speaking in an interview with JD Sports, he insisted that it was always his intention to do so on both occasions.

“There’s only two fights I‘ve said that (I’m going the distance) Joseph Parker and Andy Ruiz 2 when I’ve said to myself this fight I’m taking the distance," Joshua said.

“I’ve consciously said that to myself, the first one with Joseph Parker everyone says I can’t go 12 rounds I’m unfit, everyone’s game plan was I’m going to take AJ to the later round he’s going to run out of gas.

“I said you know what, I’m going to show this guy can go 12 rounds so that was that I went 12 rounds with him – I wanted to silence my critics.

“Ruiz 2 there was a strategy in place where it was box, when I watched Joe Louie versus two-ton Tony Galento he boxed and moved well.

“You don’t really box into someone’s strengths so we took away a lot of his strengths and we stayed on the outside of the ring, we manoeuvred well, that float like a butterfly sting like a bee type of element, we tried to bring that to that fight which was a 12 round fight so we got that decision.”

Joshua's words come as his upcoming opponent Tyson Fury insisted he would "quit in the corner" if Joshua managed to last longer than the third round in their clash.

Fury took to Instagram to post a video in which he said: "AJ, if you go past three rounds with me, I'll quit in the corner, because that's how confident I am that I'm taking you out in the first two or three rounds.

April 30, 2021 Boxing Comments Off on Anthony Joshua claims he chose not to stop Andy Ruiz Jr to prove a point
NFL News